"Darkness with some Silhouettes"

In the dark of the night you're driving along this road and then suddenly an apparitions appears in the middle of the road causing the car to swerve off the road. Your character is then injured and seeks refuge into this dark hidden mansion that appears quite run down to the side of the road. From there the fun begins as you move around in this dark house and eventually rest. Once awoken the mansion is essentially an open area to explore with many blocked off areas. Though you'll need be quite efficient as exploration requires matches and those are found in limited supply along with not lasting a very long time. If all the matches run out, you're effectively screwed and I had this happen only once while playing. It seemed like I had to almost restart since it's just pitch black in some areas and matches were just out my reach. Moving on from that there's many apparitions that seem relatively buggy or random that just consume you instantly. Being tabbed as a survival horror I expected more creepy elements and eventually go annoyed at many of those areas where it seemed like death was being forced on you. While the story was strong, it was these moments that took away from that experience and decayed what I was taking away from it. The save system is also beyond stupid requiring manual saves for the first half of the game while the second portion doesn't seem to have that issue. With the save system it's inconvenient to find a spot to save and you'll likely have to redo long cinematic type areas since the portions after are hard. This is a waste of time and really wrecks the special moments as you have to replay them a couple times instead of respawning outside the cutscene portion. Since everything is story focused, there's ton of collectables and items to collect all around which really fill out the story, along with its characters. I also found the overall arch a bit too predictable, being too much in your face.

The graphics are done in a neat black and white style with only faint bits of other colors which really illuminates a unique style. Which is a shame, as certain elements hide this style and the interesting story. The apparitions are a bit weird and there's many questionably area designs. This only gets worse when it comes to the camera angle which at times is really neat, though most of the time I was fighting it with weird twists and draw distances. Puzzles will also have to be solved throughout and really aren't hard to get through, but the lighting issues can cause issues for some. 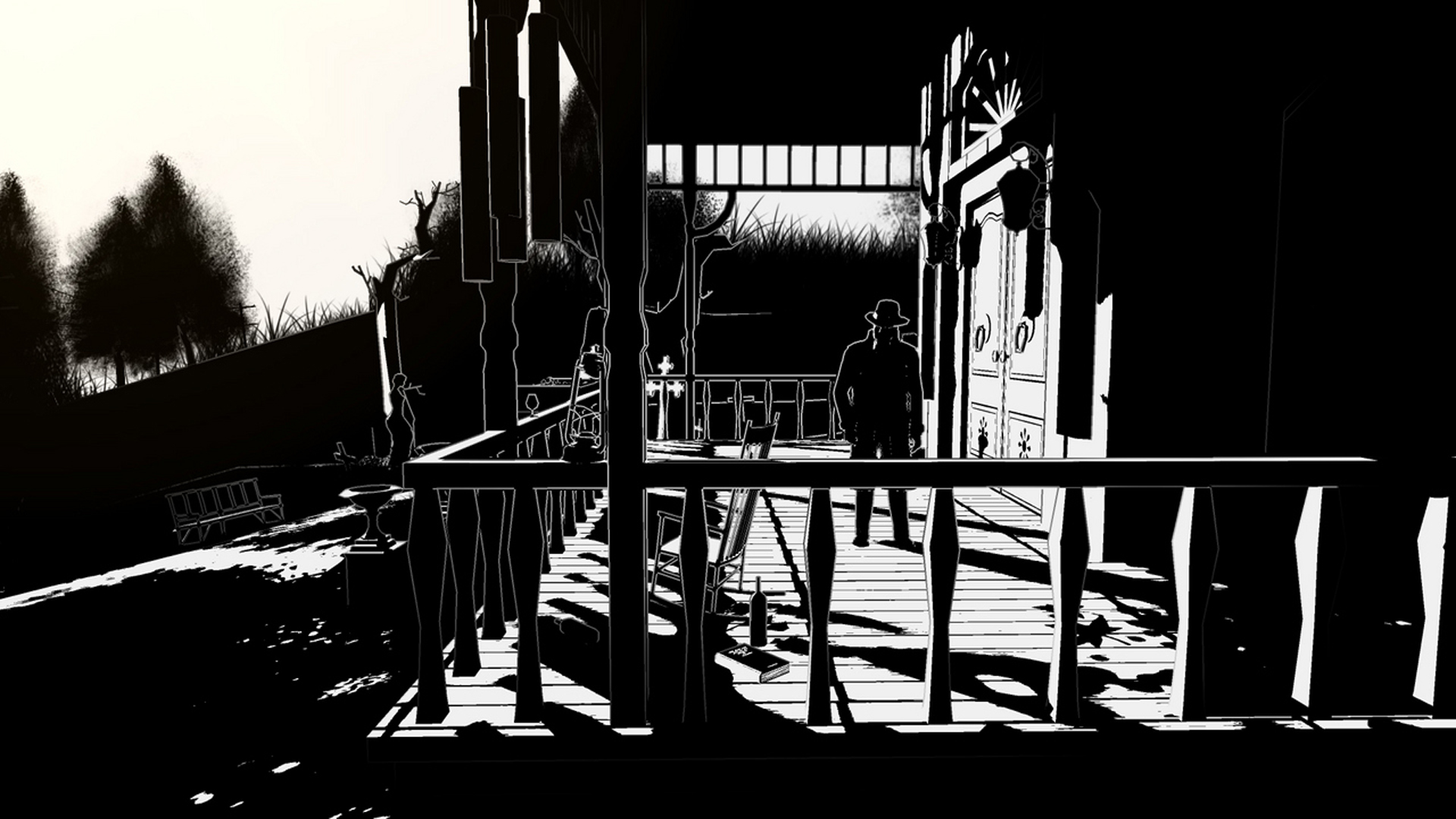 I did quite enjoy the story for White Night and it's whole atmosphere. Though honestly the mechanics and save system just kill what could be a very great game. The story is greatly expanded on with the collectables and I suggest grabbing as many as possible if you do decide to play this. Though I can't go much into the story, the twists and changes were definitely shocking. While creepy it's definitely not what I would call prime survival horror, though it can be very chilling at times. What we can all learn from this adventure is that if you're injured and you see a dark spooky old mansion, just walk away.