"The Trials of a Jet Car"

Jet Car Stunts takes a standard car and then mounts a jet on it for some fairly wild driving. Looking for the best way to open this review up, I developed that statement. The game is split into three differing modes to choose from; Platforming, Time Trials and Collecting each of which has their own set of difficulties within. These range from easy to medium and hard with some mix difficulties in depending on the section you're venturing through. I really felt that the vehicle I was controlling was based slightly off a toy car so that's the thought I carried through as some areas make the vehicle get quite lofty. I mean that in a sense of your car has a certain float to it going off jumps which can be useful, yet catastrophic at the same time since you get hit a block and explode. The first area of Platforming requires you to keep your restarts down and tracks your time as you make it through some interesting areas. These start off as simple jumps or moves and quickly evolves into some crazy free falls or spirals. The second campaign section is the Time Trials which I found easiest as you're essentially just moving through the tracks and trying to get the best possible time across the levels available. The final area which is collecting has you going after these star symbols on various levels which is so hard to do. The vehicle also has much more float here, even more than the other areas which caused me to fly out into the clouds a many times. Throughout it all I was pleasantly surprised by the amount of content available, especially for the cheaper price tag on this one.

Controls are simple for your mini car as you gas with the "A" or break with "B" and have "RT" being a turbo followed by slick drifts with "LT". There are some techniques to learn as well such as when to use turbo or slow down at certain corners. Not being able to do so may cause total destruction of the small card and put you back a few seconds at the last checkpoint. You also have a ghost car at all times which is another players run at the level, this is usually helpful and something to compete with. When replaying a track you will also get your own ghost car to see on the levels as you battle to beat yourself. I also quite enjoyed the level scenery while being simple there was a nice quality of colors and calming feeling with those clouds. I did however have some frame drops at areas which I found rather strange since there wasn't from what I could tell a ton going on. These were only occasional and not something that dragged at my experience when racing. 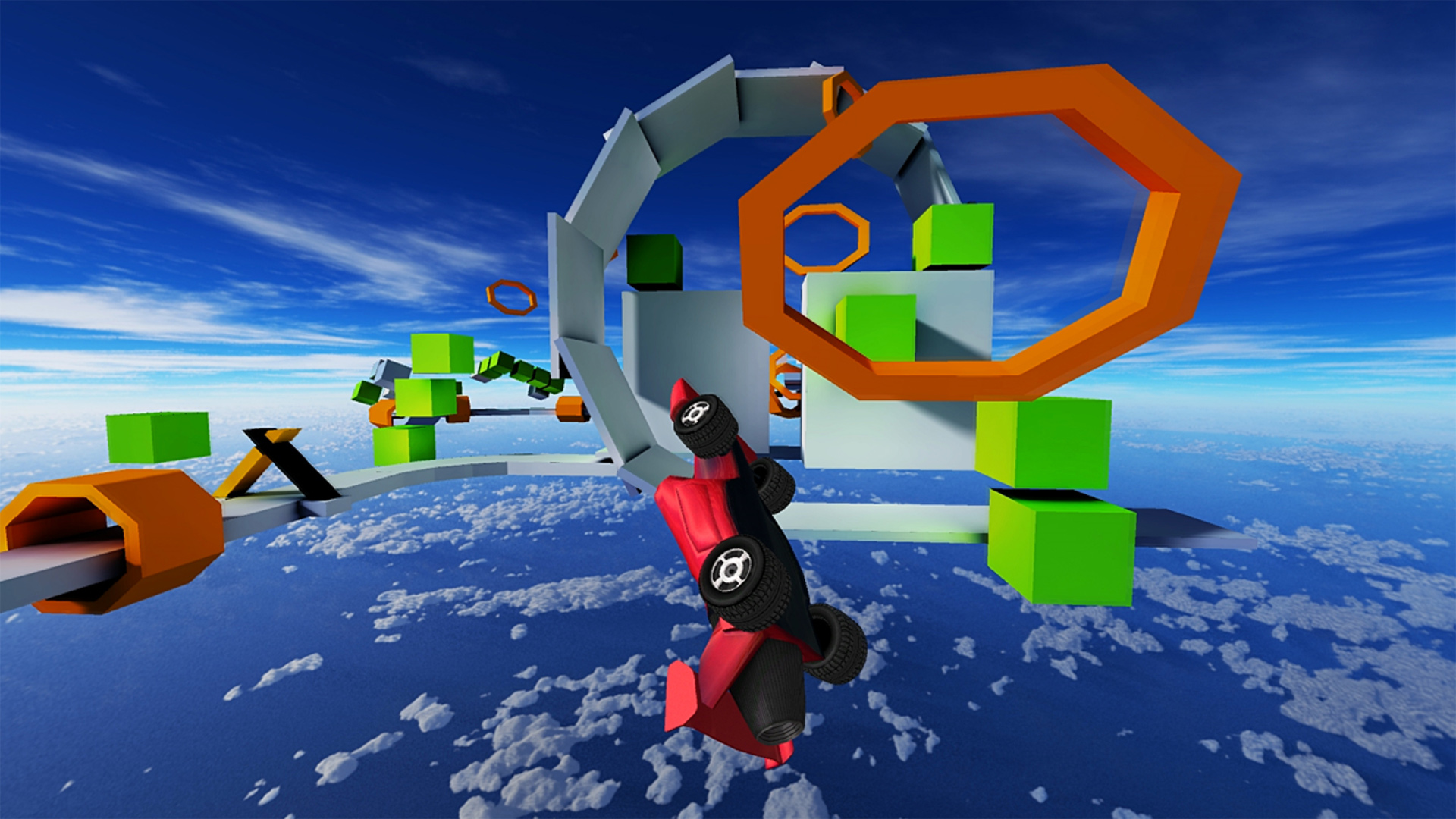 Jet Car Stunts was a bunch of fun, yet still stressful at some of the campaign levels as the difficulty grew. I enjoyed battling against the ghost cars or having them as a guideline when racing and the levels themselves were quite charming. For the price point and amount of the content available this is definitely worth it for the console. It'll definitely give you something to do with levels not taking an overly long amount of time to finish and a few sections to choose from.