The wait was certainly long for this episode, and hopefully the wait for the third episode will be much shorter. Picking up in the Atlas facility we left our squad of four players has us coming up with a solution of how to escape this area while a holographic Handsome Jack appears to mix it up a bit. There was actually a fairly gruesome, yet still hilarious scene at the start to open things up with a tad bit of action though this episode was much slow and shorter than the opening act. I was actually quite fine with this aspect as the slower pace allowed more story building and general interactions between the main characters. As keeping with the setting of moving between two primary protagonists they definitely have gotten that perfect this time around as their interactions connected well and their fates are very intertwined. They're both very likable protagonists and I'm working on building their connection the best I can as the future plot we haven't reached seems to have them stuck with one another for awhile. The humor of the Borderlands is well kept with this entry as I had many times when I would be laughing which is an important benchmark of the series. They even took a jab at the weird character introductions with Scooter (from primary story) taking a free frame than Fiona looking around like he was crazy. 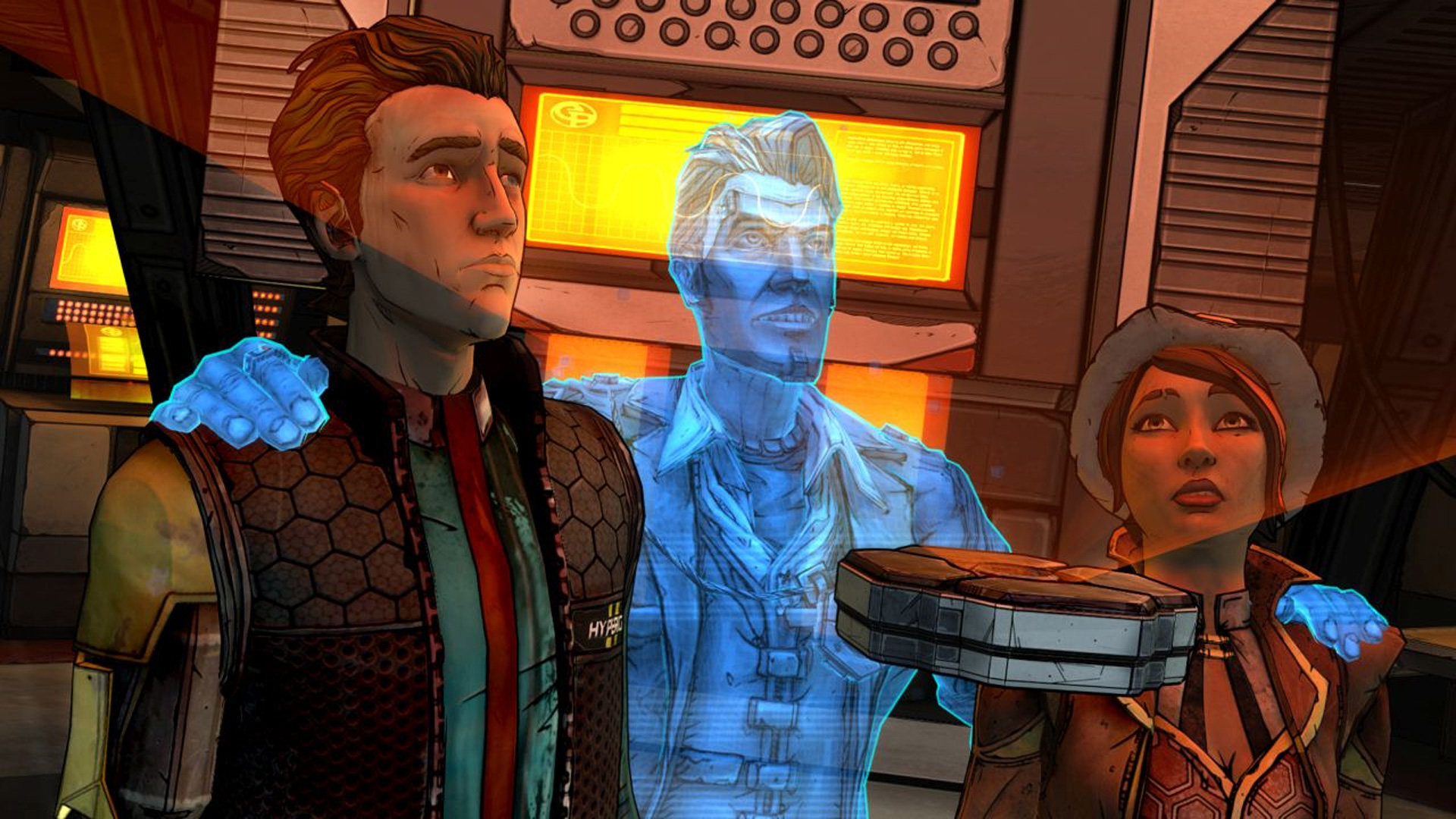 So far I'm quite happy that Telltale is actually pulling off Borderlands despite my initial disgust. Both episodes have been really great and this one helped further the lore along with story that we're interacting with. Though not as strong as the first part and not as long, it's still a great play filled with comedy. The worst part of these episodic adventures is the wait for the next part, which I'm really hoping shows up sooner as that gap in time was far too long.