Welcome to the flashy days of being a cop in LA as you go about in an almost groovy fashion gunning down perps. Picking your squad of two police officers you can level them as you progress along through the eight set up levels. Within each map area you control both officers selecting which one you control at a time as you need to strategically setup what you're about to do. This can be in terms of having one cover your back or taking the strategy of going one in at a time. At times you'll need to have them defend each other though at other moments it's best to blast away anyone in your path. There's even a fair amount of quick story between levels as it starts off simple and eventually grows into multiple story objectives. Each of these areas is also filled with objectives on each floor like clearing out drugs in the den or taking out mob servers in a skyscraper. Making your way through levels is a mix of taking the time to find the right path as it will take many tries to make i through many areas even with high levelled officers. Though I believe that's where a bit of the fun comes from as you freak out when an officer gets gunned down and it's all up to the other one in order to get things done. Kits to revive an officer can be found or donates as health pickups. Aside from that you can also unlock new weapons or grab some in the field while on a mission.

Presented as a twin stick shooter with a fair amount of aiming required since it's partly realistic in that shots can and will kill you. Two officers are available at a time from the office so you'll want to decide the best way of moving through areas and it may take a few tries to get this all done right. There's also a bit of a scoreboard at the end from your chief, so that's a bit of more motivation to get things done clean. It was also neat seeing the environment get destroyed from stray gun fire or me punching it. Finally there's the option of gunning down perps or arresting them if you can get in a position of stealth to do that. 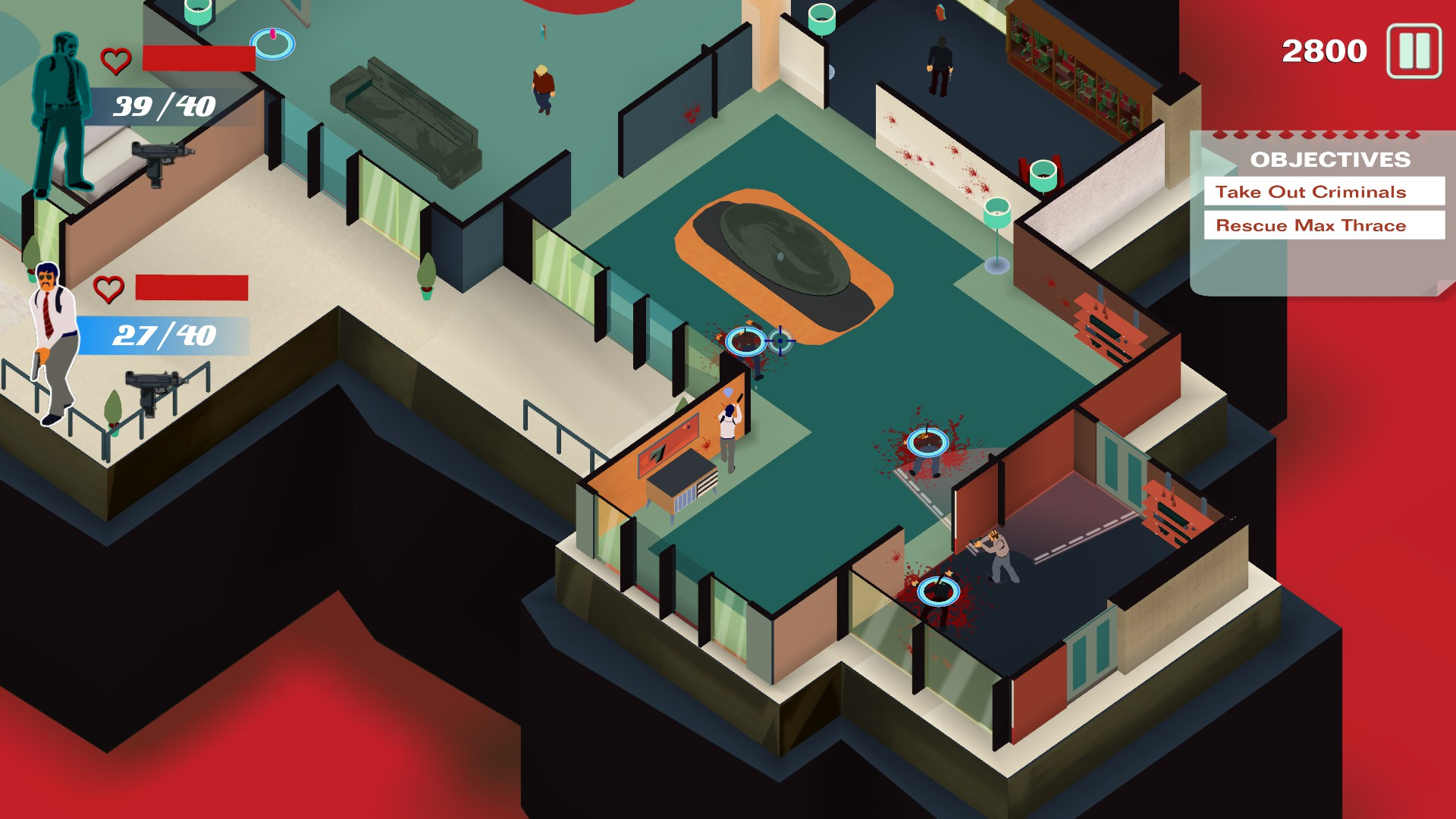 Prepare to be a classic cop in LA Cops, a strategic old school scenario filled adventure. Picking your officers you take on some crazy scenarios with only the two partners to cover each other's back. It's an interesting title and I did enjoy playing through it to come up with various ways to take down the various levels. It really wasn't terribly difficult, though be prepared to die a bit in order to get the right method for each level and area. I also found it strange that I was able to kill so many of these enemies, like I killed a lot of people. Guess I should have tried to arrest some more instead of gunning them down, whatever.