"You Spin me Round, Right Round"

When I first saw Roundabout a long time ago I thought it looked rather ridiculous. As I continued to see it, the gameplay only further concreted this idea. That's until I actually got to playing it and I am really pleased with the short, yet sweet experience. Playing as Georgio Manos you drive about in a limo picking up passengers, facing challenges and collecting things. This is achieved with one wacky variable on that's the limo you're driving is constantly rotating or well spinning around. This adds an extra layer to things and makes it more a puzzle type experience as you try to fit in-between cars or other objects on the road. The story has you driving around across all sorts of differing places as it progressed with across an array of areas while still strongly maintaining its interesting cast. Cutscenes were present in full force, and they actually worked quite well splitting the gameplay up. They were done in real life video form which worked well and I like seeing this being used in games a tad bit more as it can meld well while creating some decent comedy. When I started playing the campaign I actually just stuck in it and kept rolling through to conquer your apparent arch driving nemesis, help your friends and eventually find love. Aside from the main narrative there are a bunch of challenges that are more like mini games to complete and collectables to grab. These are in the form of horns and cash stacks. With the horn you get a new sound, whereas money you can buy vanity items or properties for more money.

Playing as a limo you're constantly revolving while driving around completing missions. The graphics were done in a cartoon style which could have been better, but definitely had moments like when you splatter poor folks caught in the crossfire. I did have a bunch of issues getting stuck on certain objects and some spots were annoying to pass through, but overall no real complaints with the movement system. The hopping was also very wild when unlocked as the limo flew about in the air and landing in strange areas. 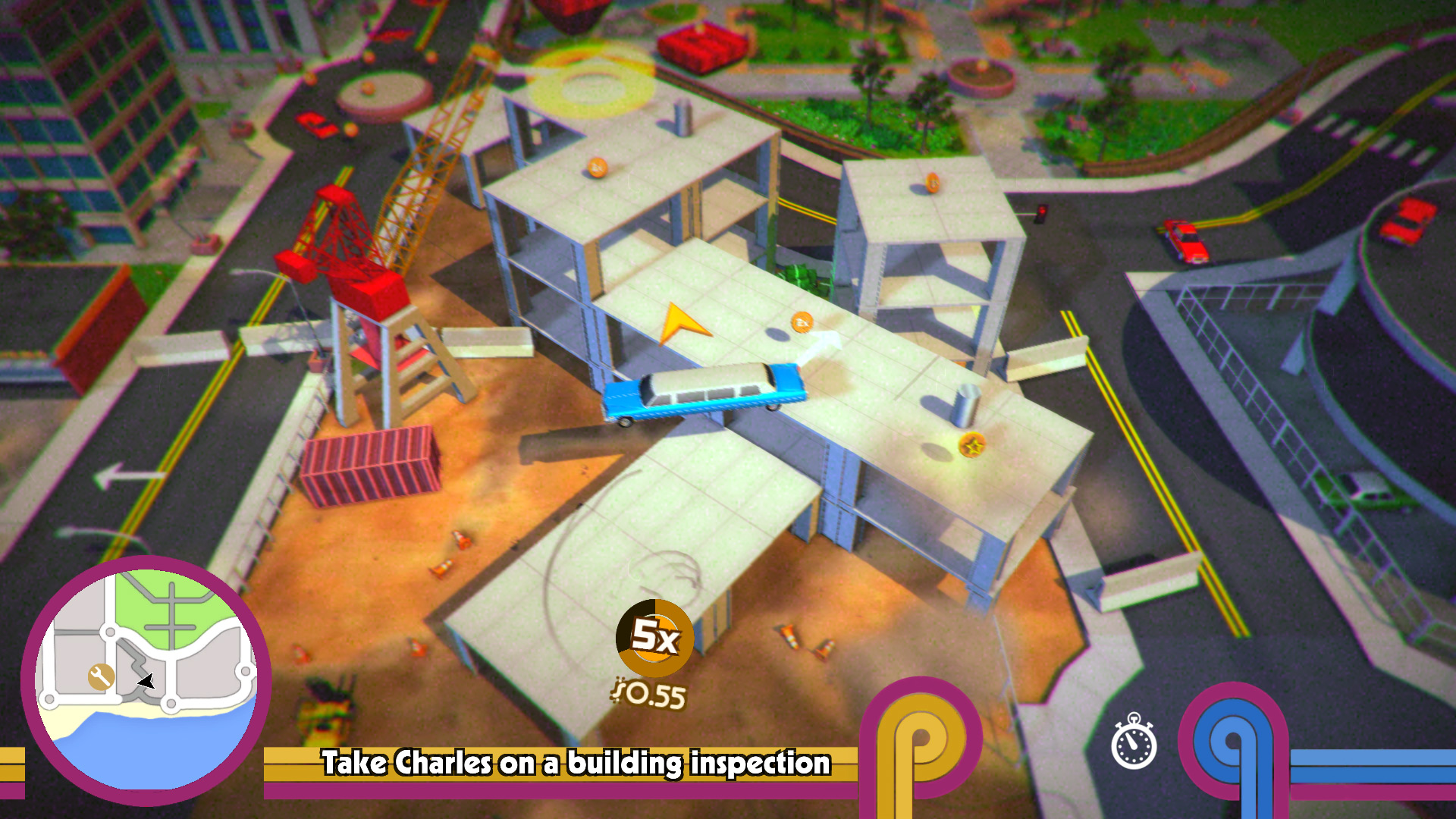 Roundabout is a crazy 70's style driving game that mixes real visual cutscenes within gameplay for a beautiful experience. The campaign length may feel short to some, but it's well worth it and there's a ton of extra things for you to do. It may also seem weird, but it's got a nice quirky thing to it that makes the experience a lot of fun. Side missions also give you a lot to do afterwards bringing almost mini games and speed runs into the mix. I definitely suggest checking out this wacky game that brings its own puzzle driving to the consoles.

Roundabout Review on Xbox One
Review Code Provided by No Goblin