The Saints have returned once more for what has to be something of a remaster fatigue as I didn't imagine this package would be coming out. Bringing Saints Row IV to the next generation of course perfects the graphics and frame rate making the game smoother than ever. We were also given all the DLC released before including Enter the Dominatrix; How the Saints Saved Christmas and the other various extra packs. This creates a very complete version of the game which I had thoroughly enjoyed when it had originally released back in the day with a cheap price that makes this very intriguing of a package. As with what happened before the Saints have arisen to the leaders of the world with their boss, or well you becoming the President of United States which is awesome. Flash forward a few years into the regime of their leadership with things going well, that's until an alien invasion led by Zinyak decimates the Earth. Put into a simulation we must escape to reality in order to sort things out and defeat Zinyak. Though largely the game is played within the simulation, many crucial moments happen in the real space ship. So things are dark for the Saints in this scenario and you must work towards liberating all members while wreaking havoc on the simulation in order to survive. There are of course many moments of hilarity and just wild gameplay as it wouldn't feel right if there wasn't. Aside from the main story line there are also a ton of side missions, loyalty quests and just random side missions to do which take a plenty hours to burn through. If you do decide to just head out for campaign it's a hilarious tale with some great moments that make it stick out in your mind. I especially love the space ship jabs at Mass Effect with how you can romance your team.

Things are largely unchanged since the original Saints Row, though the fourth entry is certainly smooth and with the upgraded graphics it looks even better. Though still not quite what we're used to with other games, but it's still fairly decent looking to play with an assortment of crazy colors. The super powers return and can be upgraded finding the data clusters which continue your spiral of strength. These aspects of powers make traversing the world different than past games as driving mechanics are strong, though neglected as I can essentially hop there quicker. 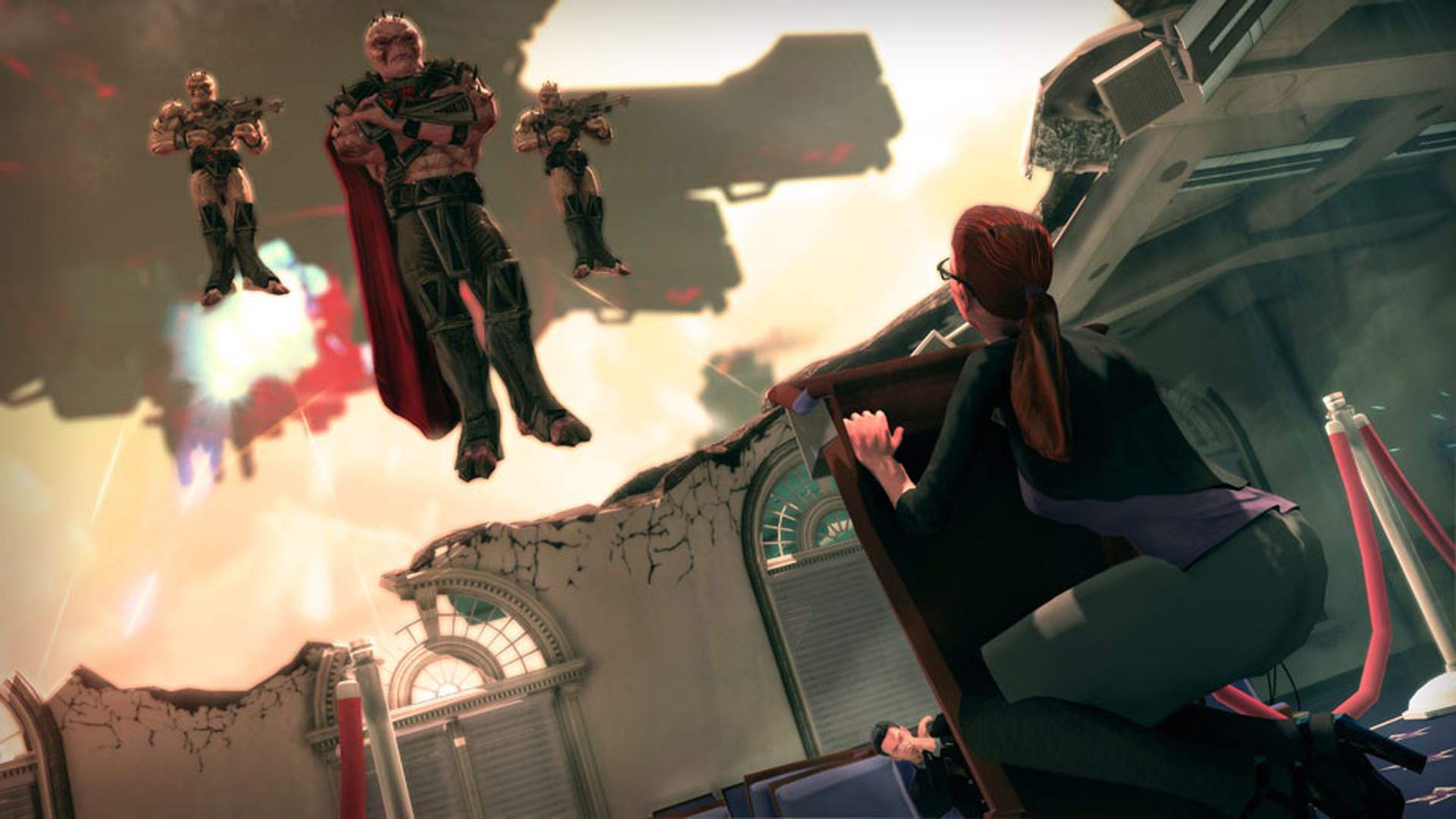 Re-Elected really doesn't give us anything new or special in terms of gaming with this new set of consoles. Though it does provide a decent bundle at a fairly good price which shouldn't be ignored, especially if you haven't touched it before. When playing it's best to remember that Saints is more about wild fun and things are never really grounded as you fly about. Smash, burn, throw about and sack as many aliens as you can in order to get back at Zinyak with your gang of Saints. There's not much more I can say as this brings back the group once more, though I still have no idea where they can go with the series from here. I just know that I definitely want more, and I can't wait for it to come out.