What exactly is the Blue Estate, that's a mystery of which was quite random within this comedic mobster story. Played on rails you take the part of two differing individuals throughout their fairly long level tales of shooting galore and weird mishaps. Some of the content in this regard was decent and there were minor laughs, though a bunch of it was just drab. I failed a level at one point which causes you to restart the entire level which can be around twenty minutes in length and just muted it so I didn't have to hear the rambling again. Being on rails the game takes you on a pre-determined path that's filled with a shooting gallery style of play. Some individuals may love this, but it's rather boring as you progress and have killed cemetery's full of bodies. I'm even fine with shooting games to an extent, I just find it really hard to believe that so many people are at the club or graveyard and that those mafia groups can even afford that many henchman. The story aspect takes second place to that with an annoying overlay from this private detective, but I did enjoy the main theme of what everyone was after. You also gain mad scores while playing through the levels which didn't make a huge amount of sense, yet I got mad bonuses for nut shots. Aside from the main story there's also an arcade mode which brings a different style to the game in its own regard and finally we have a cooperative mode which throws an extra gun on the screen.

As an on-rail character you move across the path that has been created for you. This is an older style of gameplay, though its presented quite well in this game. It's neat how you traverse through the world, vaulting over things or having funny trigger events pop up. I wasn't a fan of hair constantly flopping in your face, he honestly should have just cut it. Ammo is a plenty along with health, just having you swipe in order to activate them. The controls are really simplistic often really only needing one hand to even play it which made my left go somewhat numb. You can also use the Kinect which is nice to see a game use that feature and it works efficiently in that regard though it gets very tiring after awhile of holding your hand out. 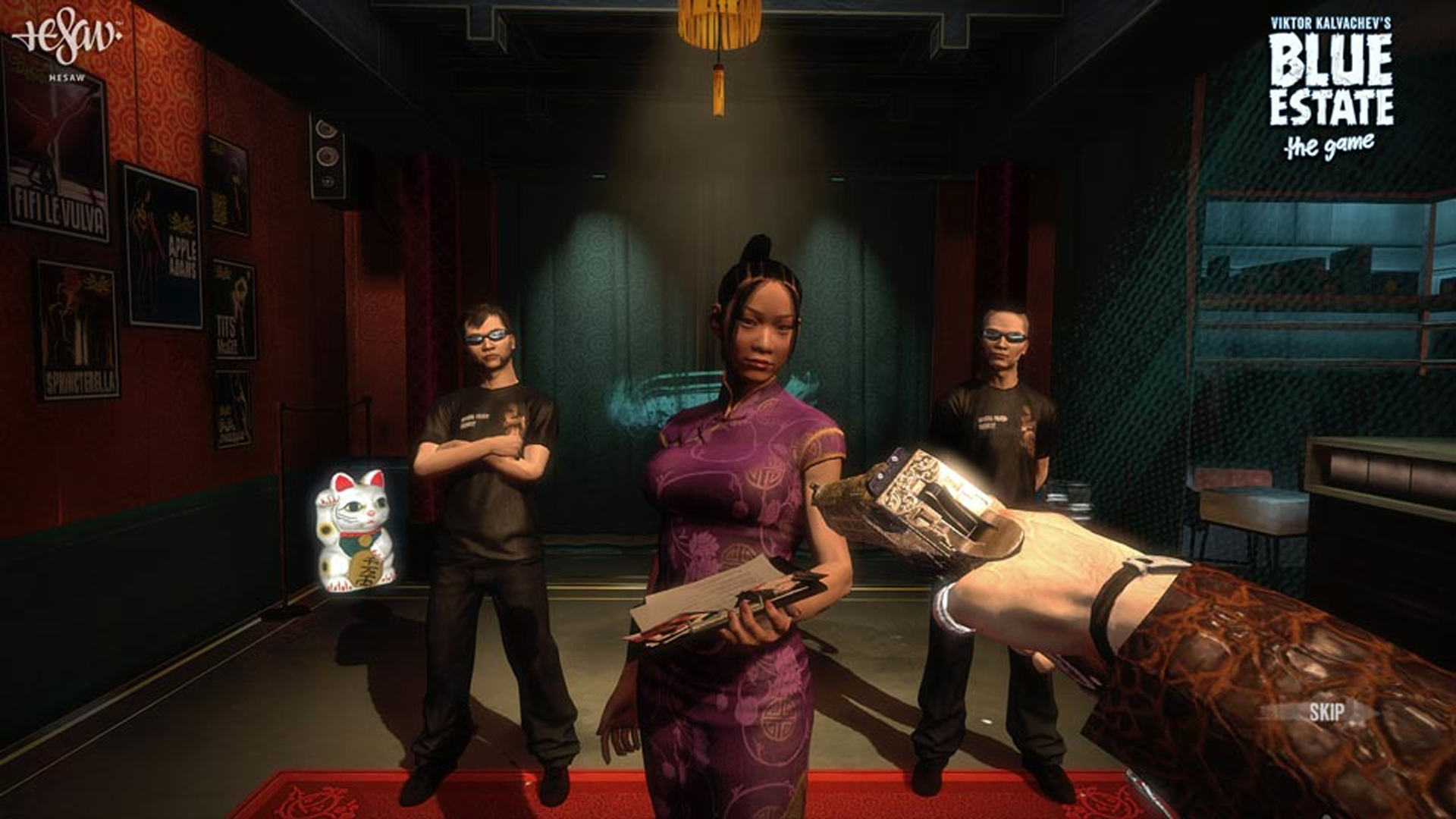 Blue Estate does have its moments, yet the story and just gameplay makes things feel very bland. I wasn't a huge fan of going back to play any other modes and cooperative play didn't enhance anything for me. The Kinect controls are welcomed and work efficiently, but overall there's not much interesting going on to keep you focused with any control scheme. The graphics are decent and movement is great with some neat moments at times. There's some decent gameplay to be had and some bright times, just not enough to keep me at attention for very long.