Riptide GP2 comes flowing out on the Xbox One with a direct port from the mobile game bringing the thrilling water sport of futuristic ski-doos. It's actually a somewhat enjoyable game though there are certain aspects that are hard not to ignore. This is in regards to the fact it truly feels like a mobile port and there's far too much repetition when it comes to the levels. Content wise there are many races and variations within these events to compete in. It's just many of these events take place on the exact same tracks and you can really only use the same level backwards along with forwards so many times. While this keeps things fresh for a bit, it does drag on a bit too much halfway through. The differing levels of competition are Racing; Elimination, Hot Heap and Freestyle. Each brings its own style of play though if you aren't great at a particular one like me with the freestyle you're screwed on progression. This being another minor issue is the stars required to progress which gets annoying after awhile. Aside from the main campaign which stretches across a variety of cup championships there really isn't anything extra to do. There's a VR challenge area and six player splitscreen which was neat, though not something I'm ever going to do.

Immediately when playing I got that arcade style vibe from back in the day which wasn't necessarily a bad thing, but it just presented that feeling. The controls are solid and very simple with a number of awesome tricks. Additional tricks can be unlocked as the player progresses with points that are earned at every level. The graphics leave a bit to be desired, but they still look alright when blazing by them on your ski-doo. The customization options were also great from colors to vehicle tuning and buying better hydro gets. 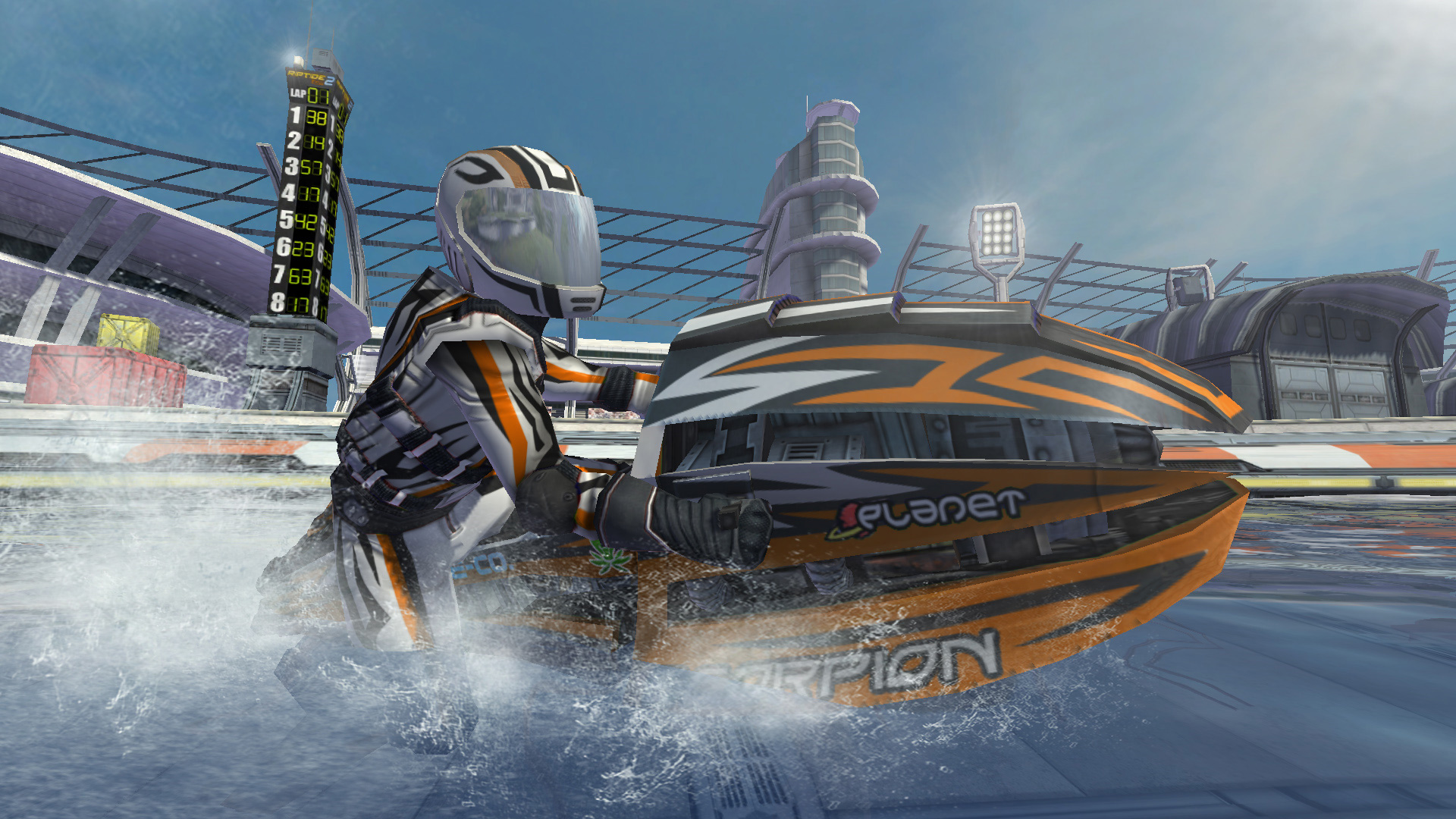 While being enjoyable and really well priced there are still a bunch of aspects which drag down the overall game. From recycling of levels over and over to the mobile feeling setup. These aspects drag down the better and create an alright title. It might have helped a bunch if there was perhaps some online multiplayer, because not everyone takes advantage of having many people over though six player couch coop is something unique. Overall I felt there was a lack of content, while still enjoying the game and the price is actually fairly good so it may be worth trying out for a few hours of gameplay until it gets far too repetitive.