I originally played Giana Sisters awhile back finding it to be a rather interesting divisional platformer. With the Director's Cut we're given updated graphics on the new consoles with full high definition resolution and that 60fps we all love so much. There are also a bunch of new levels that were never before added to consoles until now. Put this together and we get a remastered definite sort of adventure. Many complaints last time around were the difficulty, which as I learned once more was rather rough. So for that aspect there's also a new remixed easy mode which should help more people be able to complete the story. It's an interesting tale of this girl which splits between dreamscapes in order to complete the various challenges. One lives in an enchanting and happy land whereas the other exists in a more darkened style of world. It's very neat to see these perspectives as you progress collecting coins and finishing the various levels. They're are quite difficult at times, but it features some unique platforming as you continue to switch it up. Aside from coins there are also some special diamonds to grab along the way which offer very important bonuses to giana. Moving along in the differing worlds you progress until eventually coming up to a boss fight which brings its own special challenge.

Taking your traditional platforming, Giana Sisters adds the twisted personalities or dimensions along with their own special abilities. This assists in gaining the best score you can if that's your sort of thing and mastering both side of giana will be necessary to be successful throughout the game. The dynamics of using your abilities is well presented with a constant mix-up of what you're doing through the various levels. Still, at times I felt somewhat lost when moving through the worlds and some areas were quite difficult. The worlds were yet again beautiful as you switch from the happier land to the dark more twisted landscape. It's great to see these worlds meld as you switch back and forth while progressing. 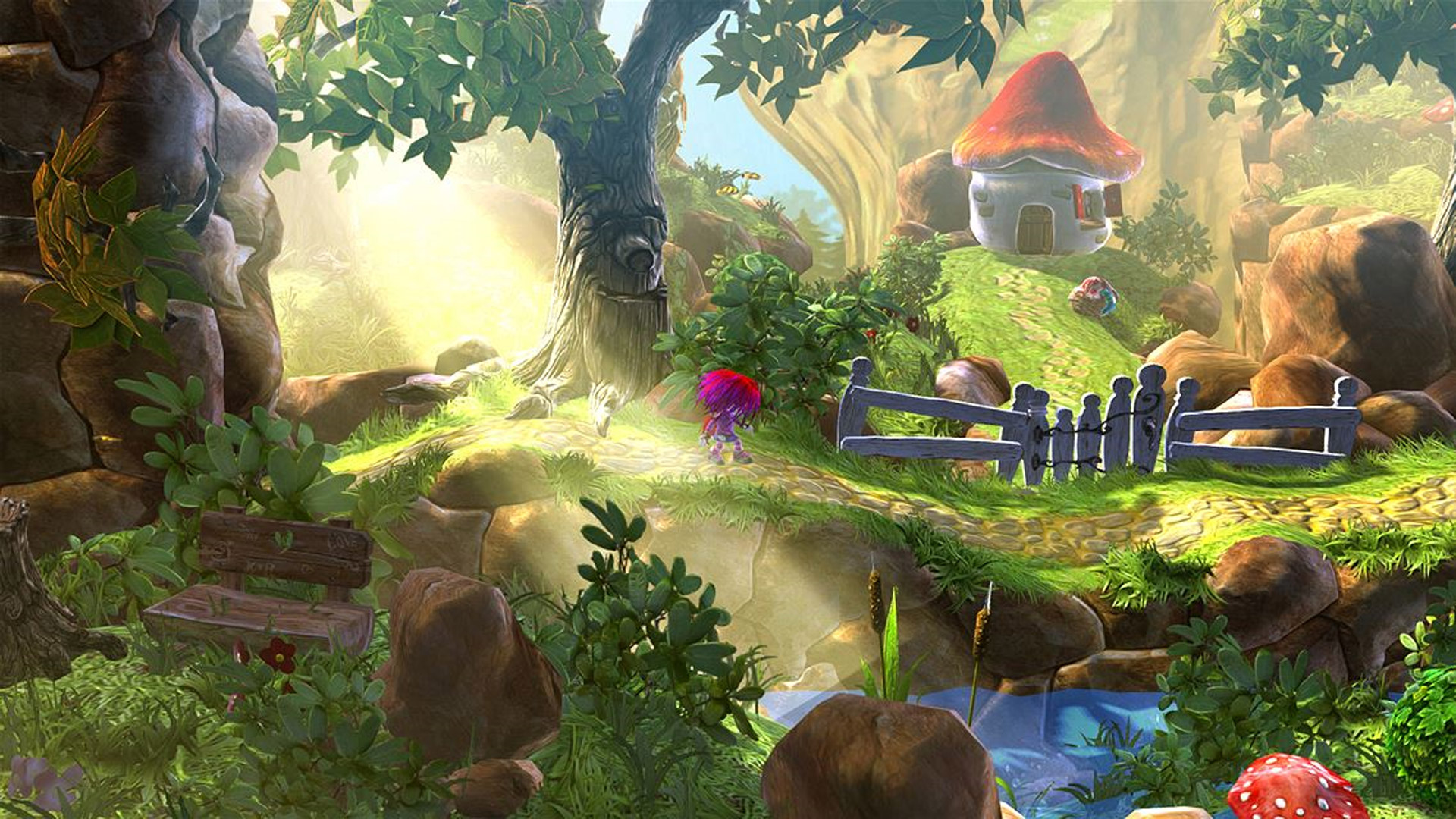 The Director's Cut of Giana Sisters brings a hardcore styled platformer to the next generation with updated graphics and additional levels never before seen on the consoles. There's also a brand new easier mode for those that want a casual experience, but the best challenge is playing the game normally. Levels do get somewhat difficult or confusing at times which may annoy many about the regular expierence, but that's where the remix version comes to play so you can finish the story aspect. Master the giana split and conquer the world in-between collecting alls the gems you can.