Playing as Perseus, the son of funky Zeus you are sent forth to take out these titans which have risen creating new types of music. This is of course some sort of heresy to Zeus and it's up to you as you funk it out across over forty levels. The game is designed with a very simplistic version of platforming where you are at a constant pace of play. You're literally auto running through every level which works fairly well, but at times creates some awkward platforming when it doesn't line up quite well. It also feels like the game is on auto play where you just press A to jump or X to hit things. This makes the game feel boring to an extent as it's more of a witness game then one of playing. Dying is also very annoying as you must restart the entire level over again, even a halfway point would have been appreciated as at times you may get stuck at one part near the end of a level. The levels themselves are actually great with some well designed movement points with the whole forced move system. The aesthetics are also very pleasing with the environments being easy on the eyes and the silhouette ones being particularly nice with their drawn out shadows. I did find the elements within the levels to get very repetitive as enemies really don't change as they stand there funking about. Spikes, fire and other elements like that also stay the same throughout the differing zones. Despite these you can notice a significant change in levels going from Pop, to Rap and eventually Rock. Within these stages you will also face boss like characters like the grunt and final titan. These characters take simple button pressing combos to defeat. It was a fairly quick game to play, but there are quite a few hours of game time along with any collecting afterwards. Each level also has a secret pegasus stick that can be collected. This unlocks a bonus game that's like copter collecting vinyl records which are the currency. This leads me to the store which has you buying decoration items or new weapons which open doors on certain levels or help with Zeus quest which are side objectives to earn.

The game has very basic platforming to it with a weird constant movement system which has you watching more than interacting. Levels are a nice length of time, but I didn't like the death restart system. It's somewhat fair as getting hit once will only remove all your clothing and have you run naked during the rest of that level. Level selection is also cool in a Mario type world selection, yet this is really pointless as you still have to play all levels in order to progress. The characters, levels and background music fit well together to create this ancient funk styled game. 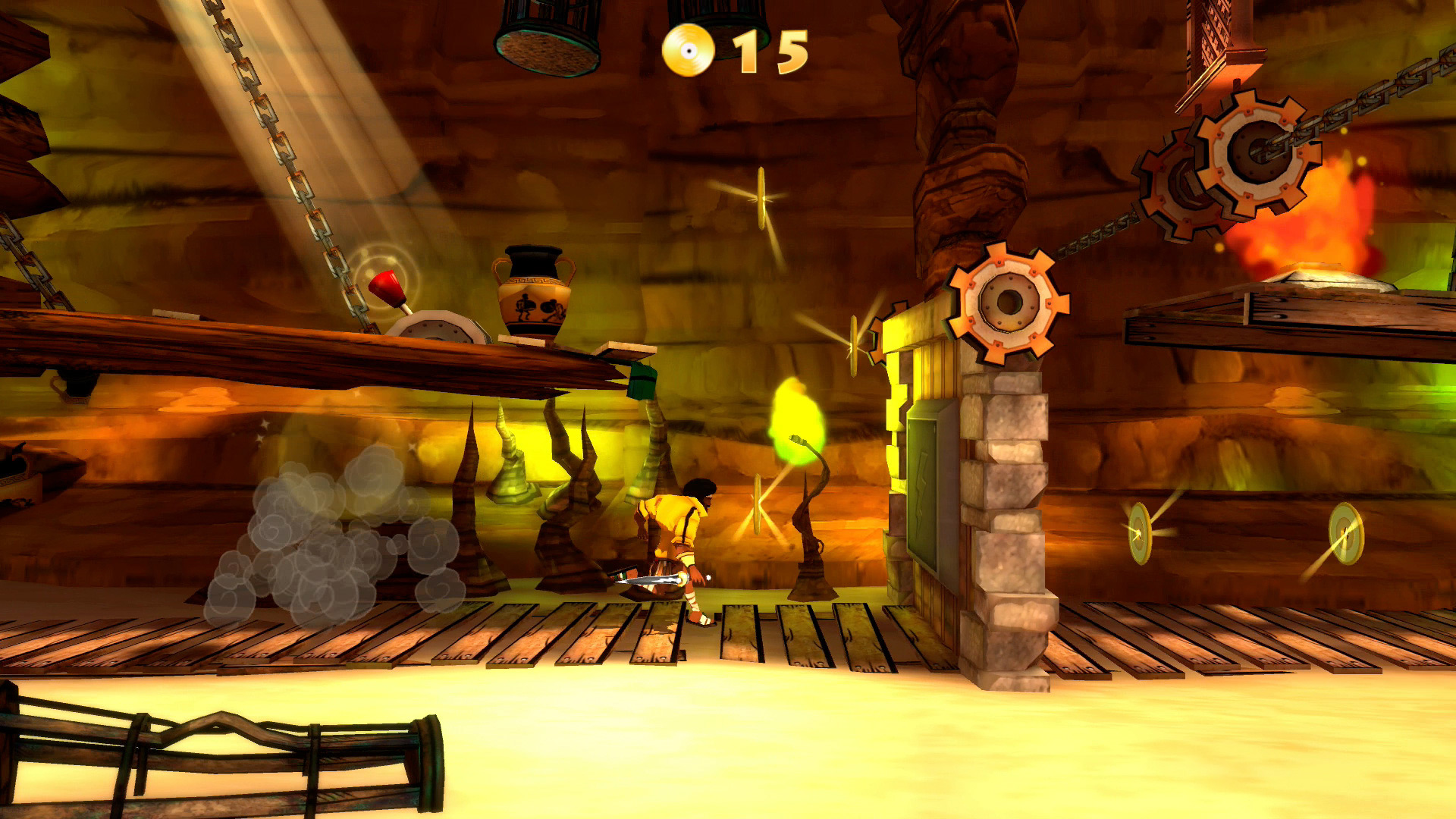 Funk of Titans is quick, but decent play providing us with another platformer that has a different take on that very busy area of gaming. With the push of constant movement you're guided through the levels without a ton of choice, though there are some neat split paths that can happen if you hit a switch or slider down instead of hopping. There are minor annoyances with certain areas not aligning properly and the death restart is annoying, yet it's a solid platform game. Ride that pegasus and bring back the funk, got to have that funk.