"It really plays with the Mind"

Upon first seeing Kalimba I thought it looked like a nice and bright platformer. When I first went to play it I was immediately thrown by the two character control system which has you moving both little mystical creatures at once. This whole system just completely messes with your mind on levels that I couldn't even comprehend. You really never get into the right mind set and it makes everything much harder to do. Not only having to watch two characters, yet two areas of the screen at times was just killer. This gets really crazy at parts where they bounce off one another in massive open areas. Death will most likely be a steady thing until you master levels and this plays into your scoring system. The goal is to create these fancy totem poles by collecting coins, though you get slightly less points for every death. There's also bonus rooms that you move through that will give you an achievement in some sort of meta sense that this creature keeps talking about. Levels were nice and varied with a very vibrant color scheme. Time wise you also get a great selection of levels to play through and if that's not enough you can take a cooperative spiritual journey. This is for two player which bumps the on-screen characters to four creating some truly distressing scenarios and setups. It was a bunch of fun, but damn was that confusing playing together. Still though, despite the weird play it was definitely a unique take on platforming.

Controlling two character that are usually split into multiple parts of a level you guide them towards safety. Moving any direction or even hopping causes both to mimic each other. Taking advantage of ledges you may even have to split them up to hit certain spots or be extra careful when sliding across ice surfaces. Boss fights are also present and entertaining as you get some hints from spirit creature before, hit them orange spots! It's a solid, yet really weird way to have you control characters in a platform. 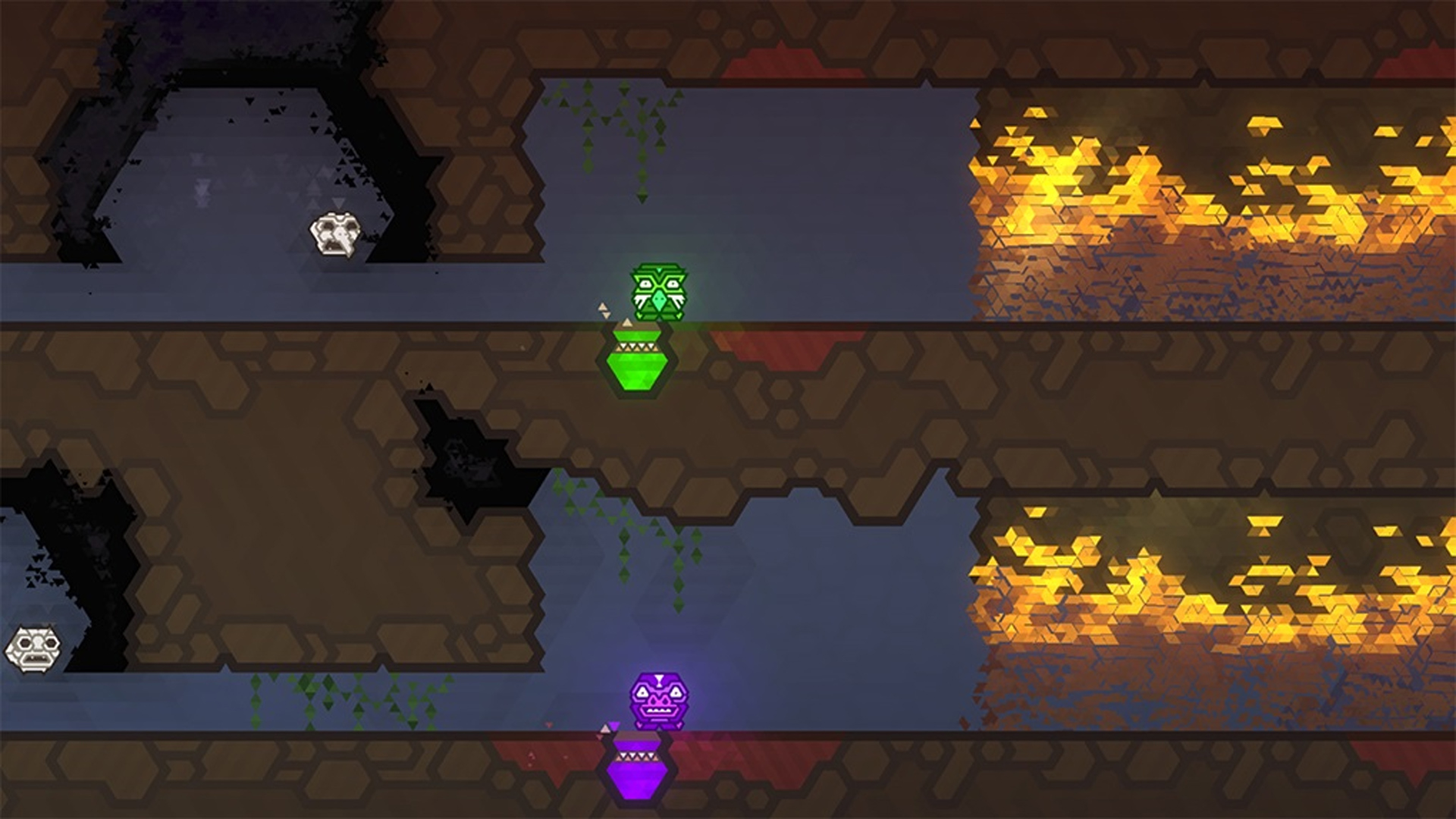 Kalimba is another take at platforming creating an experience that really plays on your mind which many may find distracting. Though this is an interesting take on it and Kalimba is actually a very enjoyable game by yourself or in cooperative play which was even more fun. Collect the best totems you can and take on those very colorful bosses. This was a general aspect I enjoyed above all was the colors and characters you played as which looked quite vibrant. Despite being very confusing on the mind, the levels were creatively designed and had a good variety of play to them. I had a good time on the game and I suggest checking it out if that line of weird double play character entices you.

Kalimba Review on Xbox One
Review Code Provided by Microsoft