Set within the Borderlands universe we are given a Telltale Games' view on the Borderlands series we know and love. Initially I was in wonder to why this was happening as Borderlands has never been particularly heavy in story. Though recently I've gotten really exciting and this episode proved they can pretty much step into any universe and rock it. Zer0 Sum revolves around the start of our split path journey with Rhys, a Hyperion corporate climber and his counterpart and con artist associate Fiona. Of course we have a strong supporting cast, but I can see the main focus is with these two as they are heavily connected even in this first episode. Playing as both characters we get a rounded story featuring multiple perspectives which is something new to this type of Telltale experience. Our story starts off with Rhys moving towards a promotion in Hyperion only to be rooted out by his company arch nemesis. During this encounter Rhys hears of a deal around an apparent vault key and kicks into gear, as this would definitely be another way for him to his promotion. Armed only with his best friend and ten million dollars they descend to Pandora. Things happen at this meeting and eventually we see the other side of everything from Fiona which leads to great story filling and some hilarious escapades. To further on the level of hilarity, this game had so many moments where I was laughing for quite a bit and that helped a lot in truly capturing the Borderlands feel. That; and a skag getting splattered during the opening cinematics, it's become somewhat of a thing at this point. Which is what a huge part of this whole series is going to be about is capturing that feel and then building a story from it. The moments that stood out the most thus far had to have been when the loader was present, that robot really steals the show! While these events take place after all known Borderlands games we've already seen appearances from previous characters such as Zer0 and a surprise guest I can't help but feel more will show up as we progress. 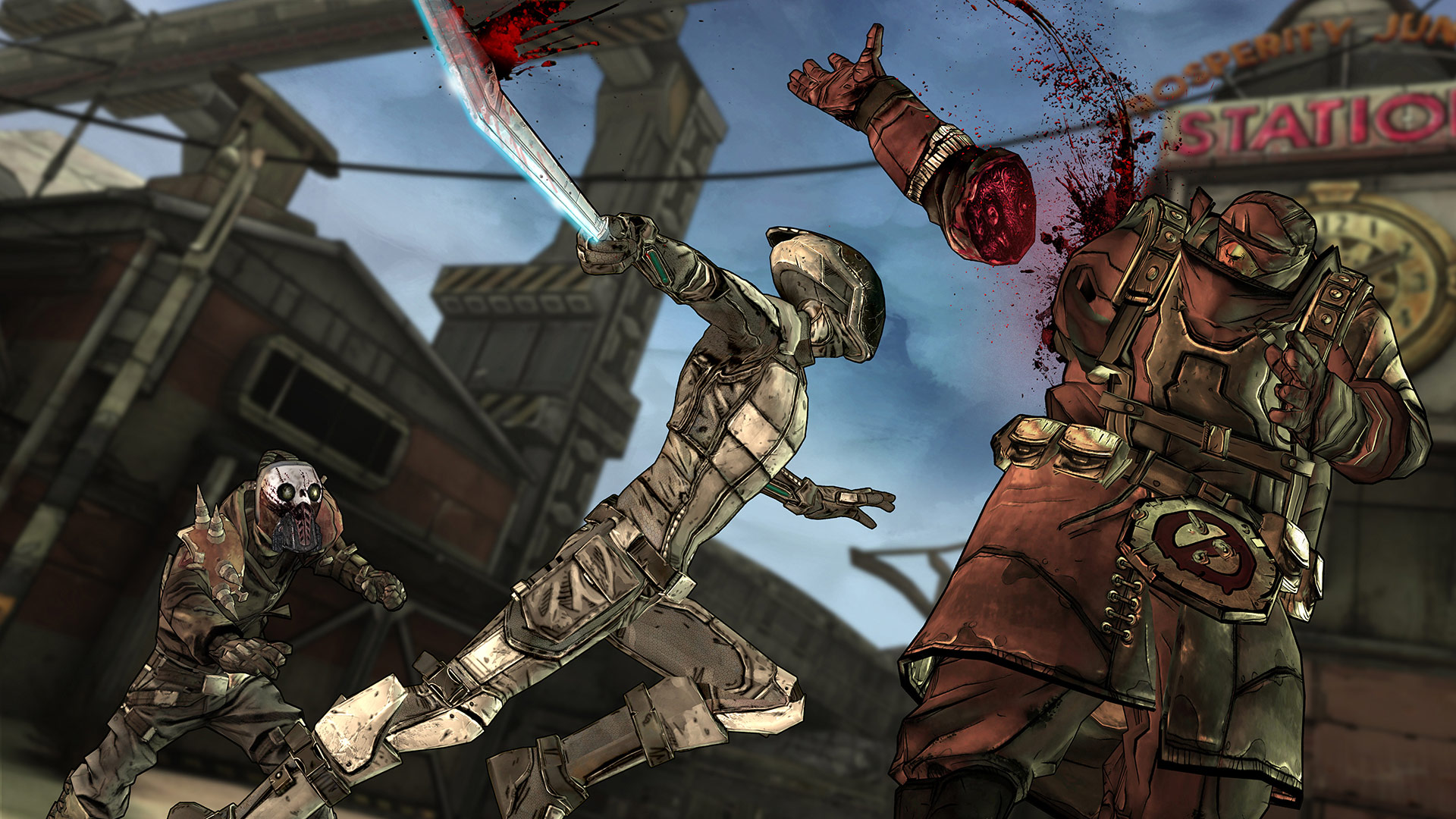 As with all previous reviews of these episodic tales I tried my best to keep all spoilers to a minimum while still giving you an idea of what to expect when playing. You're going to get a good two and half hours worth of play time which is roughly a movie. I'd say this is well worth the price and the season pass will definitely be worth it. Combining a great game universe with a new company that thrives on story, we have truly been given a treat that I'm sure won't disappoint in the coming episodes. I'm very excited to see where this narrative goes and this episode had a great balance of humour while also making me crave more. Tales from the Borderlands has proven that it belongs within the Borderlands universe and expand greatly upon aspects we could never see in a usual entry.