"He Who Causes Snow"

Journey through an olden tale that has been passed through generations of the Inuit people in the form of a simple platformer. Bringing in a focus on story and character development trek across wastelands filled with blizzards and gusts of wind. Never Alone largely focuses on a cooperative style of play with a young girl set out to find the cause of these constant storms and a noble spirit fox that's well, one with the spirits. There were some interesting puzzles built around these two and their abilities, with some happenings just being straight up strange. Despite this all being solid there were multiple times where I got furious at the AI running off somewhere or just standing still. Even more the slow and calm pace seemed to be thrown out there in the final chapter of play. Aside from this the story while being short was a lovely tale that you could tell was told properly with authenticity. The narration mixed with soft graphics made the world great yet simple. It was also impressive seeing them tackle the few boss battles with simplistic moves that kept pace going, but made you feel the success of completing another trial. That polar bear just seems to have some issues or something as we saw him peak in on the occasion. Aside from the main plot and dealing with weird floating spirit creatures the extra story around the game is told through these cultural insight videos which can be found by seeking out owls. These are nice smaller videos giving some background information with some great nature shots of the arctic region.

Going to basics it Never Alone has a simple platforming system which has you moving through the world at it's own preset pace. Puzzles didn't cause too many issues and you generally knew what you needed to do next. The ending was a brutal switch-up from this and felt out of place aside from finishing off the story line. The mechanics of switching between the two characters was unique and worked well most of time, but when there were issues of your companion falling it was annoying. This makes me suggest doing coop play as it'll feel a lot more well rounded of an experience. I also noticed some issues of falling through walls or getting items stuck that I needed to progress though those were a small issue and not a big deal. The graphics were another thing I enjoyed being soft and simple, yet it would have been nice to have a little more going on in those open background landscapes. Also that bola tool was annoying, could have used a better aiming system as it never went where I wanted it to go. 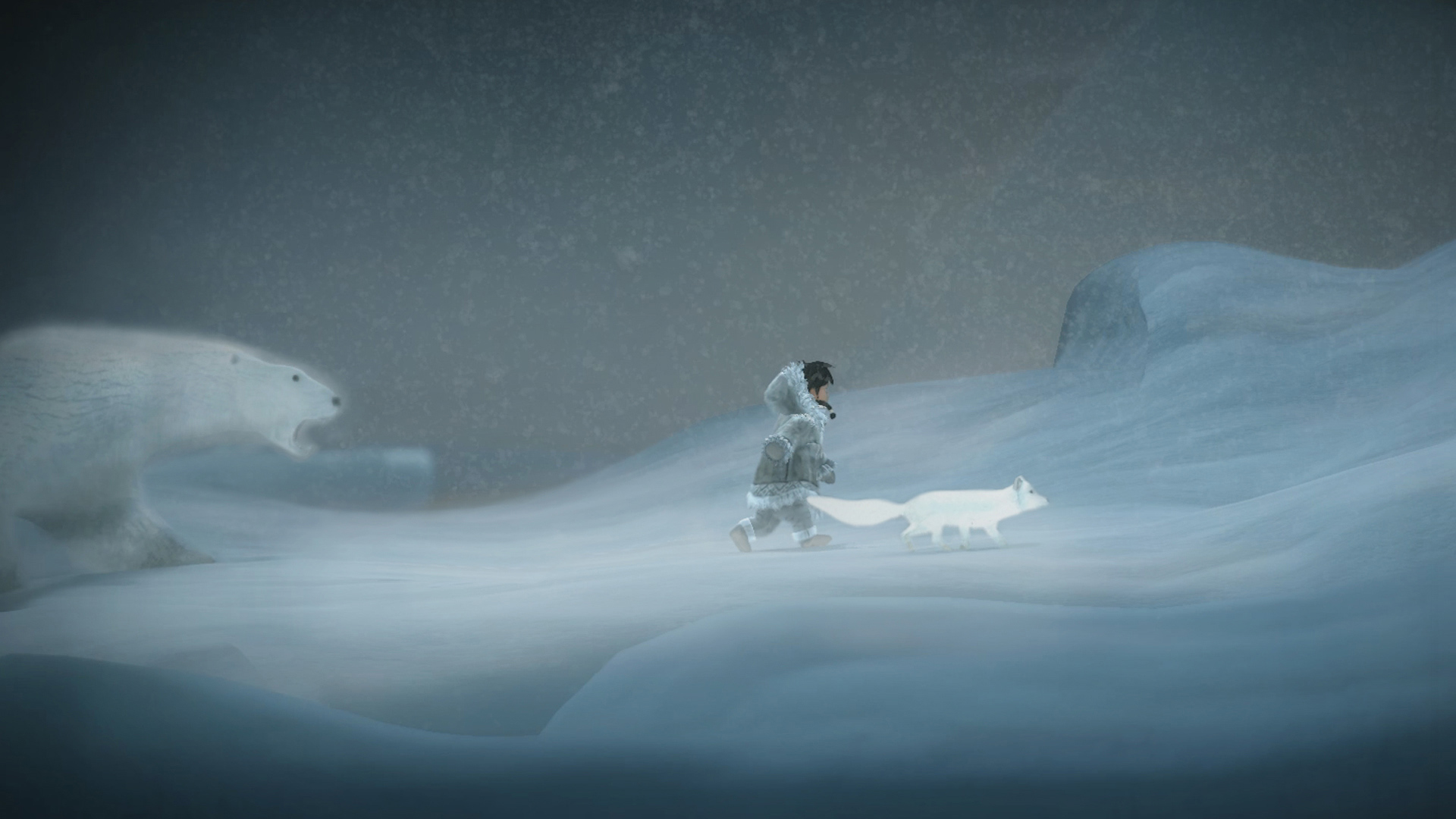 With Never Alone there were two particular things that it did with perfection. Story and cooperative play, which it was very rich. Playing along there were some issues, but nothing really holding me back. I noticed some glitches and that weird difficulty spike from a rather calm game. The graphics were nice and soft, perhaps it may have been nice to have more going on as it was usually empty backgrounds. The spirit creatures were also strange, though they do make the game stand out from other titles. Gameplay wise I felt it could have been longer in terms of being a game and yet the story was well rounded within this period. It's a nice and easy going platform game about a region that's often completely neglected in the digital game world. Finally for all you completionists it's a quick and not very difficult set of achievements for you to collect.