The Walking Dead Season One Review

To get everyone caught up and ready for whatever console they're on, the entire first season of The Walking Dead game has come to the next generation. Bundling the package together you get a solid five episodes along with an additonal smaller split series DLC of 400 Days. What's strange about this package is that it seems just thrown into a bundle without any sort of changes or upgrades. The game certainly looks better while retaining the original graphics style. What's weird about this particularly is that it plays the exact same without any changes to the connectivity of the game. Credits still roll after every episode and it does the next episode/flashbacks which make no sense in this package. I would have expected some care to make it feel different than before, but its still solid together. I had never originally played anything in the first season past the initial episode when it was free though I thoroughly enjoyed the second season and wanted a solid story for the new season whenever it comes in the future. The first season puts you in the shoes of Lee Evertt while he looks after a very young Clementine. Telltale's Walking Dead builds on your choices and each episode builds on the previous with multiple connections. There were so many interesting events that take place and moments do attempt to place with your emotions. Even as this older adult you see a passing of the time and the aging of this young girl. Every choice you make has an impact on the group your with and those closest to you. It all does reach an eventual pinnacle and what happens is all a result of what you have done in the past.

Being a hybrid mix for the evolution of a point and click you will mostly experience the story through cutscenes. There will be a choice wheel that pops up for you to make input and choices, though it's weird they didn't bother to add any Kinect functionality for this. On the occasion there's a chance for movement within the world which is neat, yet at times I felt it rather awkward moving within the confined areas. Some minor puzzles are placed within the story as well, though none of these really take away from the pace of the game for very long. It's a much more cinematic take on a game making it less about gameplay and more focused on the story. Graphics are a cartoonish or graphic style akin to Borderlands and it does have a certain gritty quality to it that I find appealing. Stutters in the play do appear at times, but not enough to take away from any of the critical moments of play. 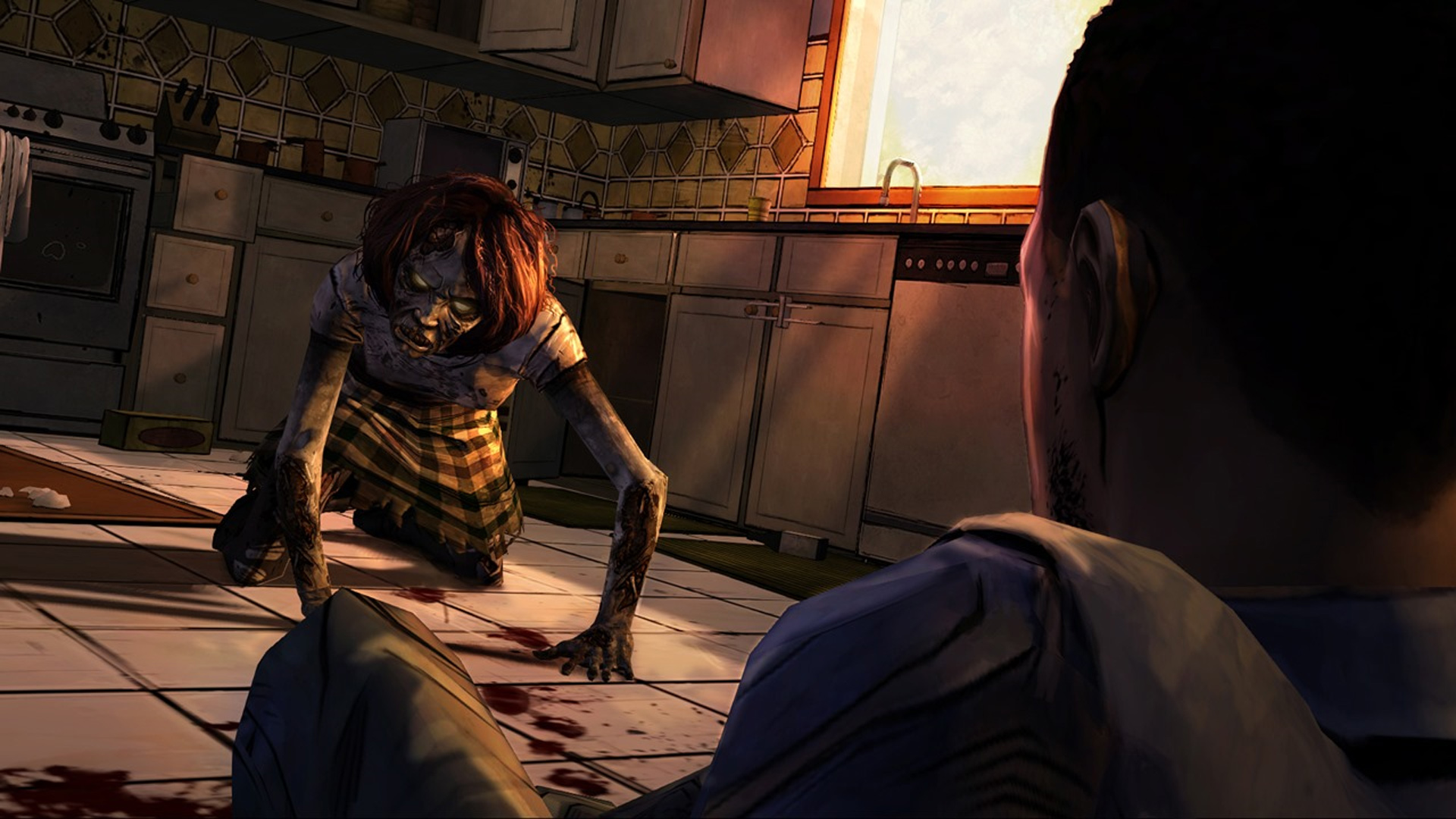 Season One of Telltale's The Walking Dead game provides a stellar and compelling cinematic story featuring many hours of gameplay. There are many minor things that would have been nice minor improvements, but it does make a nice cheap package. The story itself is very emotional at times and keeps you pushing throughout. Some may not even be able to handle it all towards that final chapter. All choices matter throughout and will carry forth onto the second season if you choose to grab that as well. So with this package you'll get the five chapters of the first season along with the additional DLC 400 Days which does fill in some gaps while creating new experiences in the next season. Finally for all you completionists it provides a quick boost to your gamerscore and an easy hundred percent for just playing it all.

The Walking Dead Season One Review on Xbox One