"The Power of Grey Skull!"

Volgarr is a viking set forth on this quest to slay various creatures, the reason I'm not quite sure yet that's the quest. Set in the style of an old arcade or NES game you are sent into this vicious land with little to no checkpoint support. So this is another one of those particularly hardcore experiences that hits a niche set of gamers, though they will certainly enjoy it. I want to say it's one of those really death wanting games, but the levels in theory are playable. It's more of less spending a ton of time or being quite good at it in order to learn the paths of the level. After many hours I still wasn't getting anywhere, but I was learning many secrets to help me along my quest. I gained a many great items as I improved and my viking was only getting more impressive looking through this. I still got slain by the many enemies out to get you at some points, yet it was getting better. Though seriously once more I will warn you that you must put time into Volgarr in order to actually make it anywhere as it's rough on progression. I won't dock it on that aspect as that's what it aspires to be, it just gets frustrating replaying the same area over and over across a couple days. If you do make it past certain points or collect special power items it's just so damn rewarding.

The graphics are awesome for Valgarr with the olden style feel thats got its own touch to it. The platforming along with combat is just beautifully done and perform quite well when playing. This is of course offset with the amount of deaths, though the dying aspect looks really interesting with the environment. Bone and blood gush out as the various enemies slaughter your viking. 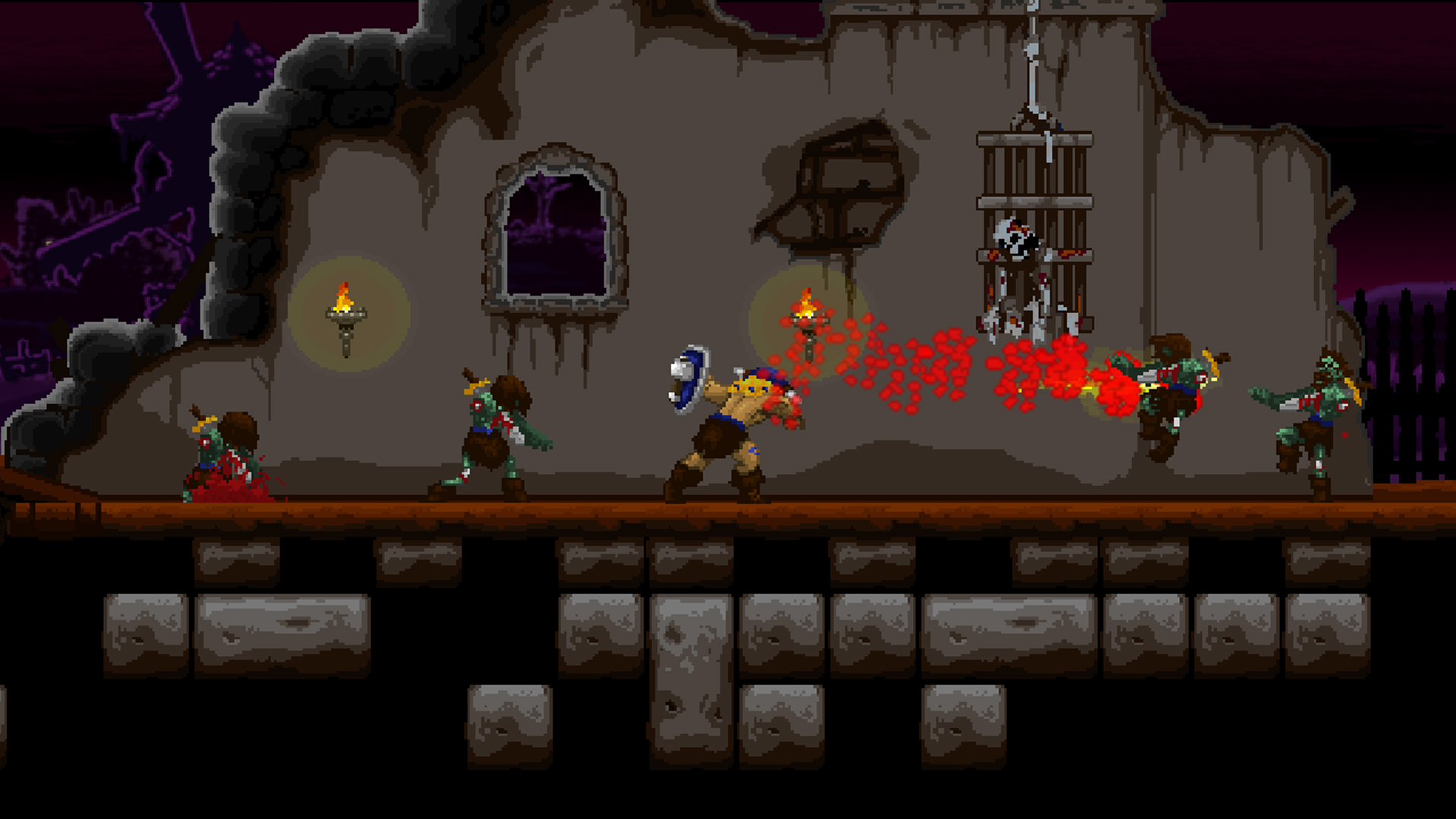 Volgarr the Viking is a rough game to play, it's hard. Though it can be very rewarding to play if you can beat certain things. The power ups are great and make you feel so powerful, until you run into another block of enemies. It's a lot of give and take, though this viking definitely has its moments. When it comes to Volgarr, it's all about what sort of gamer you're as it does fit a certain classical niche. So if you like to face death and conquer it or quest out for an old school feeling than Volgarr will be the viking to take control of!