Often the most neglected game that honestly provides one of the great areas to showcase some next generation technology is Project Spark. Bringing together a number of seriously simplistic tools you're able to create almost any sort of game you desire or can think up. To dig deeper on this I have played almost everything from Pinball to Minecraft and Tetris within Spark. How people even come up with these things or are able to recreate them within the game is nothing sort of magic. Of course I've dabbled into the whole designing area in order to properly review this game and with my background programming knowledge this game is pretty impressive. Taking concepts of giving items commands and options to then simply let them hop in to see how it works. Running off of what was originally Kudo engine (old indie game) you can see that they took it to impressive heights. Creation is practically instant and the start guide goes almost too in-depth when teaching you. Now while these tools are awesome, it's not something me and many other are going to use. It just isn't, in my mind the best use of this is allowing the PC players which the game is indeed cross-platform and have them build the games for the Xbox players. Not to say you can't create amazing creations just on console, I can see people having an easier time creating things on a platform traditionally used for it. Now a thought you may have if you don't want to create games is why would I play this? It's very simple in that you can play anything anyone else creates which are once again amazing and build from them. Using the simple remix tools you can go off on your own to quick change things or even just play what worlds they have created. You can spend hours playing these community games from a Legend of Zelda game that has some serious playtime to it or more simple ones like a Mario game.

Aside from that there's also an episodic story area and the crossroads. I'll go over the story first which has the developers bringing in a story type element into the mix showing off what you can basically do in the game. You'll select a champion and level them up throughout the game, which does tie into all the other modes as well. This area was neat and provided extended play for you if the community games aren't the thing you want to do at that moment. My favorite mode was the crossroads section which is a build as play scenario. Select variations in the world from hills to water, time of day and other smaller aspects to sculpt the world. From there you actually play it out and choose just what's going on from enemies to the buildings in town and your end bosses. You can even adventure out a bit to really extend the story and I enjoyed this many times over. It may seem repetitive for some after a while, but it's just interesting having a pick your own adventure story built in there. If you love what you've done with it, you're also able to share that story with others. 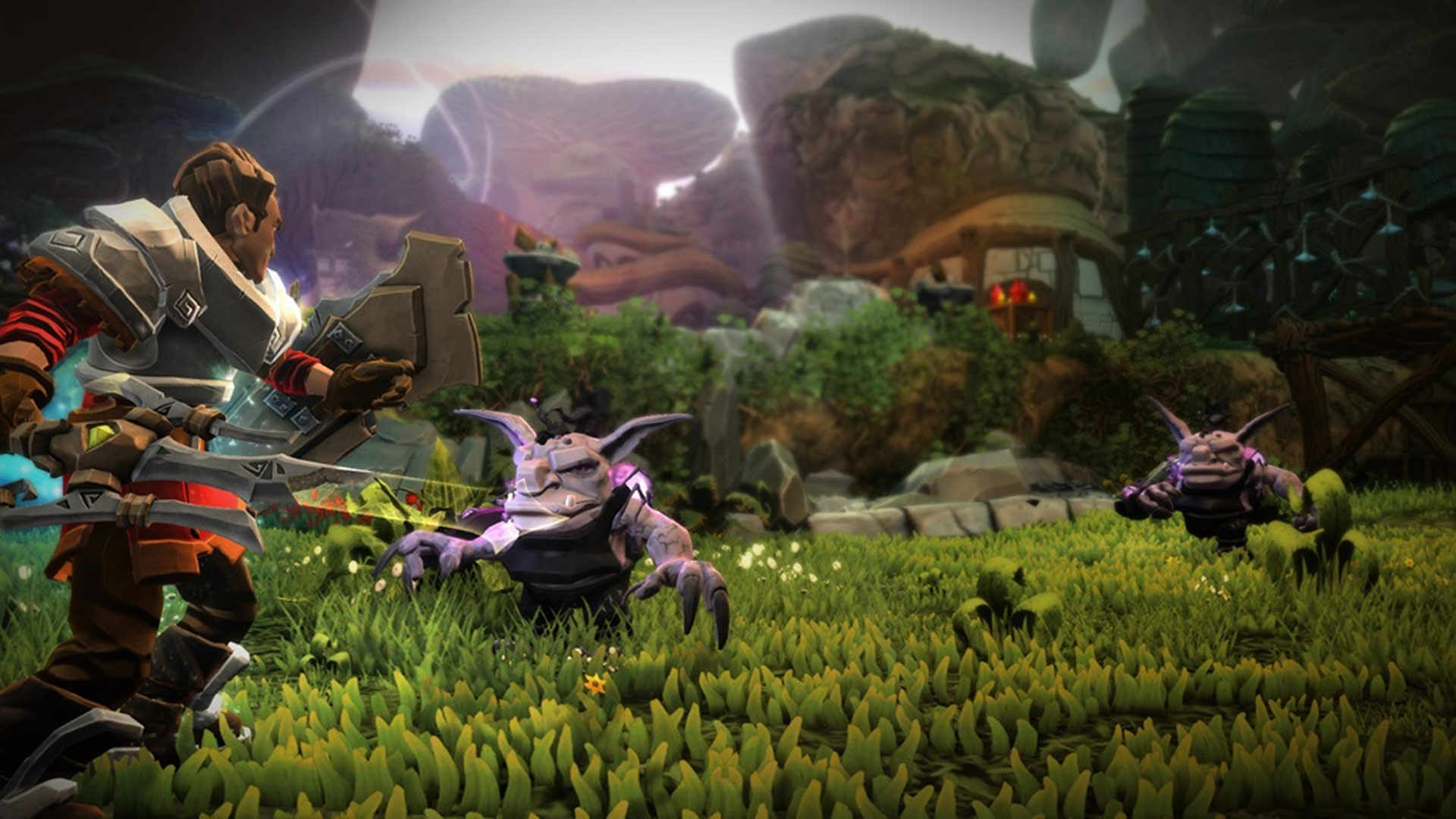 If you didn't already know before all of this is that Project Spark is also a free to play offering available both on Xbox and Windows PC. I've been able to review the retail starter pack which comes with additional content to get people started. It does pack in a bunch of extra content that does extend the experience much more. Even without you can still play it all fine, you just need to spend in-game earned coins in order to gain additional pieces of crafting items. This can also be down with premium currency so that's where there's some pay gate. I honestly thought the free to play model was done well in this not affecting what you can do and just extends the building pieces at your disposal.

I'll start off with saying that the user interface menu areas are fairly dreadful to navigate. It could've been done much better in getting people to areas more efficiently though it does work fine. There was also some frame drops at certain hectic building areas though it was very minor moments where this happened and greatly improved over the beta version that I played in for awhile. Remixing and building are awesome, simple tools so I don't need to add much more to that note. If you want to change something on anything and give it a new variable you're easily able to do that without issue. There are also tutorials to assist if further help is wanted on that. The characters given are also each unique and had their own abilities to level as you play and create. Will also quickly mention that almost everything supports the addition of another controller into the action so you can have a local friend hop in if you so desire to yet again create and play together. 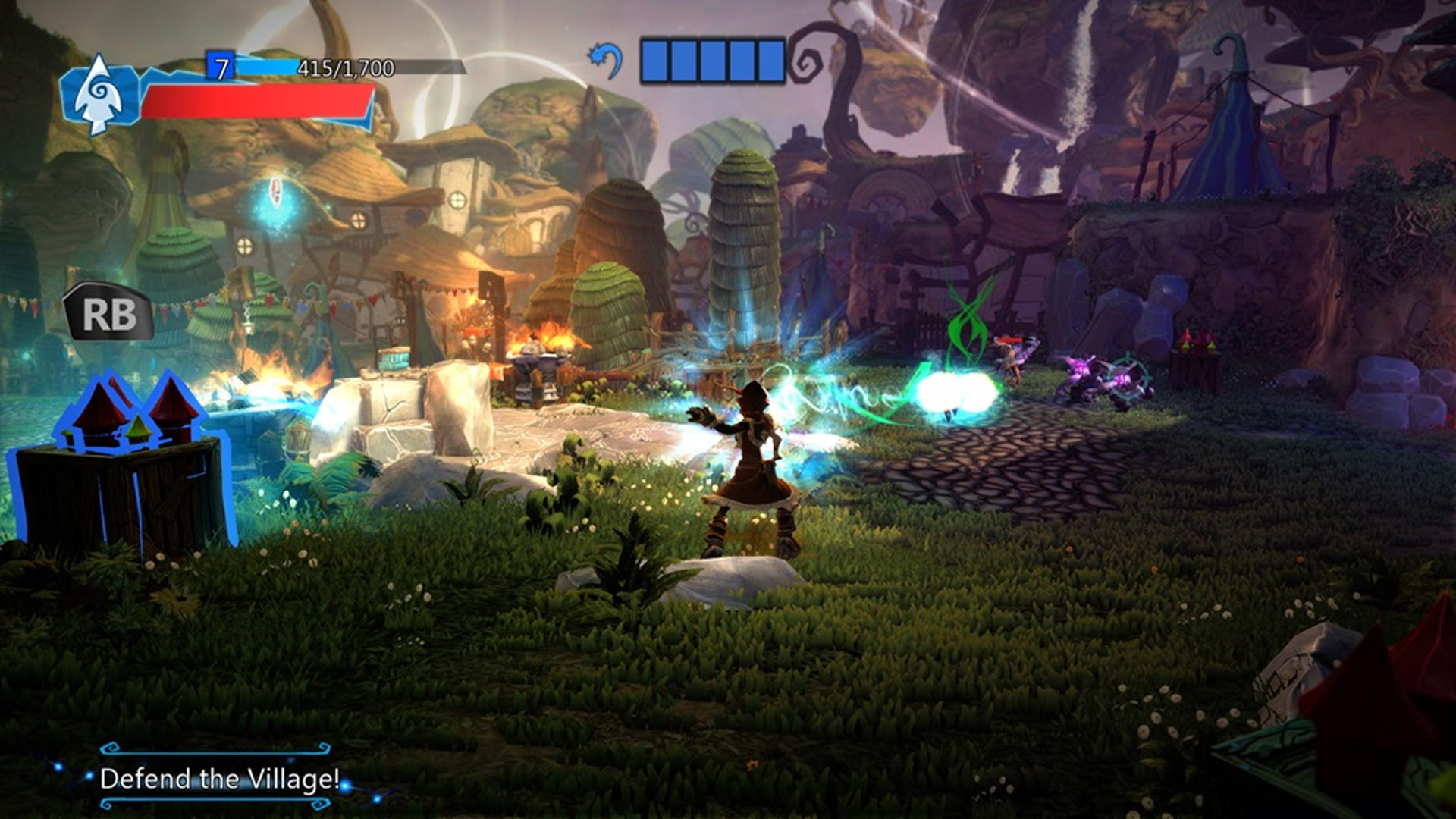 With Project Spark at your disposal any individual can simply and quickly create their own game. It's a great tool that can be used to inspire younger people to learn basic game design or even have older people get into it as well. The things I have seen people create already since beta and the release is just astounding. I put good faith forward that this will be supported and expanded on into the far future with tons of content. The starter pack is the perfect launch point for people to get into the action with tons of additional content. I'd like the menus to be more organized and less confusing to navigate though they get the job done. Graphically it looks good and the world you experience in this is your own. Try out Projec Spark for free and grab the starter pack or the additional content if you want to support this amazing game into the future.