This game is shocking, at least for me. This is actually a decent Baseball game. I know the series has had some hurtful words thrown at it over the years yet this is actually a step up. I've agreed with the issues in the past and now that MLB has stepped in this is much better and a fairly quality product. It has received expanded modes, additional ways to play and it feels like a more complete experience. RBI Baseball 18 is an arcade style simulation of the sport and it does so in an easy to control way. The primary area is playing quickplay with regular innings and of course the multiplayer. Play against a friend online or even matchmake against someone of similar skill.

There's also a ten season franchise mode that simulates regular seasons and play-offs. Play various season lengths, trade players and enjoy many smaller improvements that make this area feel more realistic as you work towards building a dynasty. Following that you can just play the post-season if you'd like to. The final area which is actually quite fun is the Home Run Derby where you work through a tournament attempting to get the most home runs along the way, there are many customization options. Most of the local modes can also be enjoyed with two players total local multiplayer which is nice.

The game looks shockingly better with strides towards being a solid experience. At launch the visuals were rather broken on Xbox One X, but a patch has already fixed them. Still, it didn't stop me from actually pulling out the old base console to check it out prior to the fix. It looks fine with better textures, more realistic stadiums and actual 3D modeled fans. I've hated the paper cut outs and while these still need some major work, they're a step forward. The character models for players are great, the likeness enhancements are appreciated and I'm sure fans will like the inclusion of historic classic players. They do need to make the characters shuffle on the ground instead of slide when at bat or pitching, but other than that it plays quite clean. I even really appreciated the control changes to make things run more efficiently. The AI can still be ruthless, that needs work. 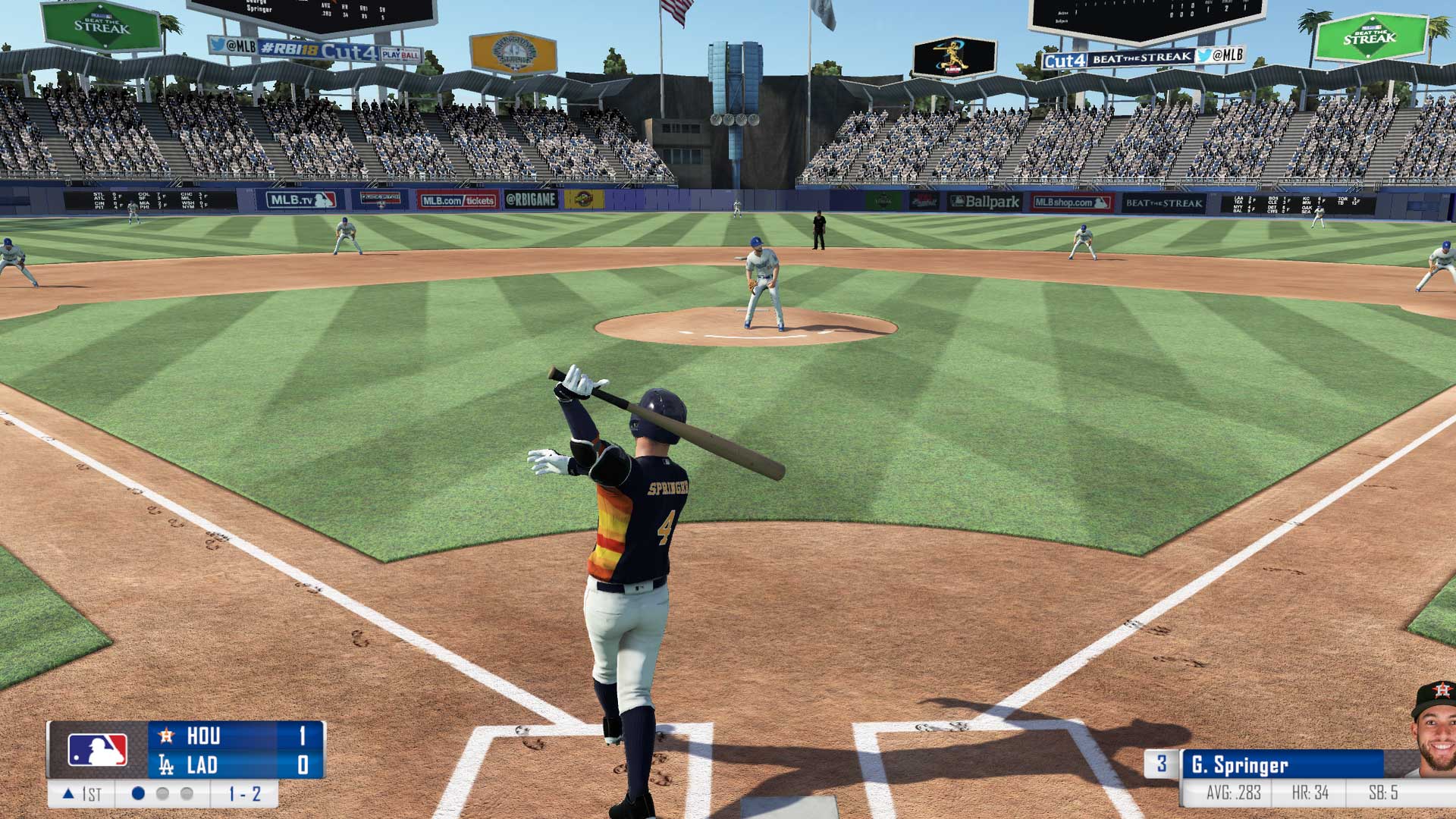 This is a step in the right direction and after playing all the revival titles across multiple generations this is the first one I'd say is something I could suggest to fill that Baseball itch. It presents the sport in an arcade and streamlined way, this makes it easy for anyone to get into it. The visuals are decent now being sharp and more realistic. This is backed by regular modern tunes playing throughout the game and many additional improved modes. I thought the Home Run Derby was fun and it's nice to get a set of multiplayer options. If RBI Baseball 18 is a start towards further improvements this actually could be a competitor in the sporting space down the road. For now, if you like the ball game then this is a fine option to experience it.