Raging Justice is very much a traditional brawler title, but with modern visuals. It keeps the aged mechanics and throws you against a series of strange characters as you battle your way through the streets. It's not terribly complex presenting a few distinct leads and a couple of difficulty options. This is rather hard no matter what you choose and it's quite difficult to progress. There's a continue, but that doesn't do much as failing will still set you back.

The levels feel a bit grindy as well with minimal changes in where you're headed and piles of enemies to hit multiple times within each section. I was fine with the look of the areas, just wish there was more complexity to them. There are very minor options for things to break and some weapons to pick up for extra attack power. Aside from the series of basic enemies you fight, there are bosses as well to mix it up. This can be worked through with local cooperative play.

Working with the theme of Raging Justice you can be a good or bad cop. That means the options to arrest characters is present in the right situations. Other than that you punch and kick your way to victory with repetitive moves. It's a very stiff game with limited ranges of movement. Enemies are powerful knocking you around while getting multiple hits in before you're able to rise. It also felt as though I was taking random damage while I was hitting enemies, that was strange. I'd watch my health bar diminish despite me being on the assault. The visuals were neat, I liked the look of it. I have a hard time describing the visuals, they're very interesting. 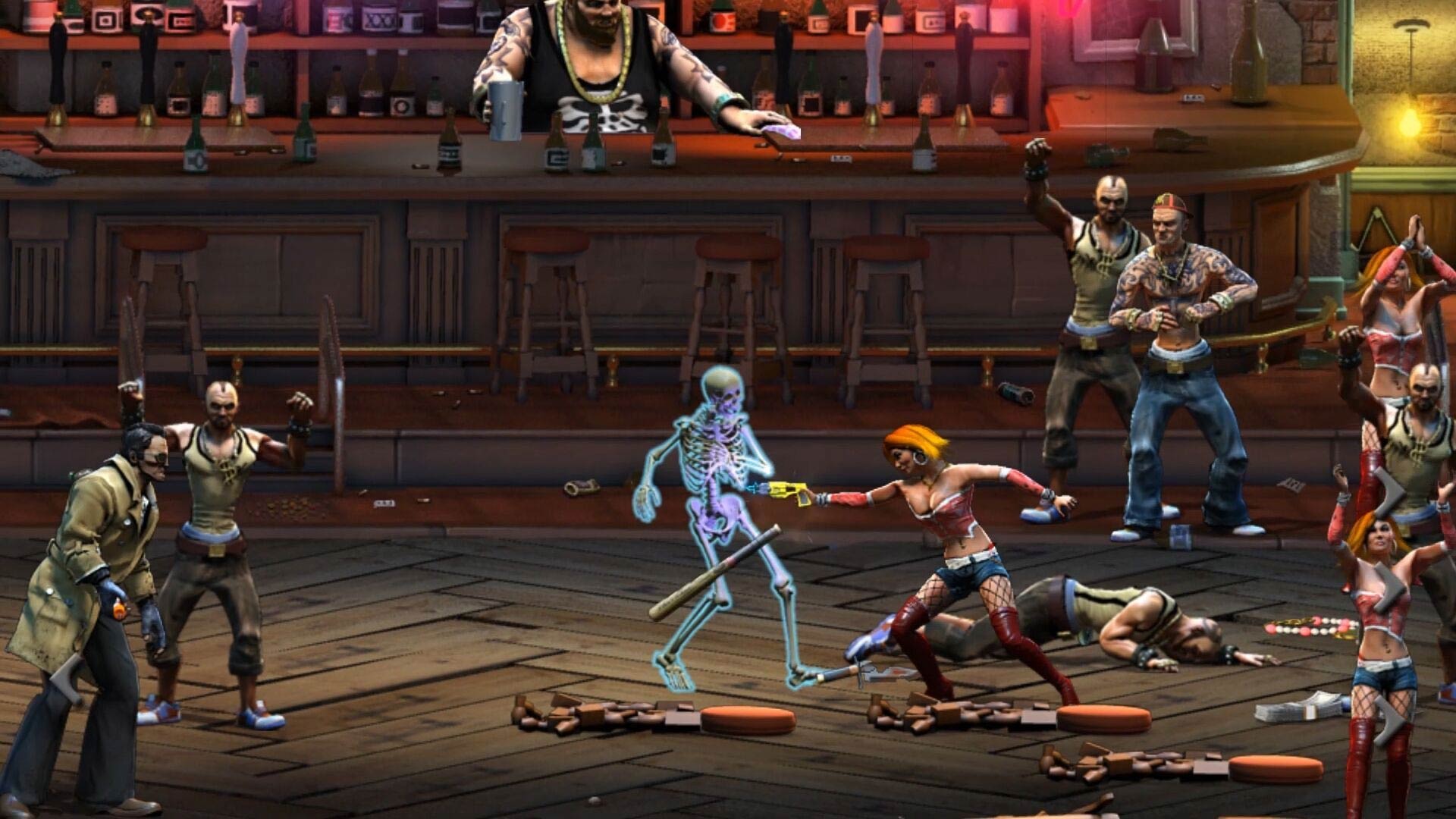 Raging Justice is alright, it has modern visuals mixed with mechanics that have not aged well. It's a bit disappointing as I traditionally enjoy these brawler games and this just wasn't fun. I didn't feel there was a difficulty present that I could properly enjoy the whole thing. It's nice to see coop present, but that's not exactly a crazy thing to ask for within this genre. The enemies took forever to take out, but they did have some neat attack styles and effects. This is mostly for the hardcore fans of the genre, others won't be too interested in this. It's not exactly stacked with content with an alright campaign setup.

Read our Wizard of Legend Review
View our Game Hubs