This latest Pinball FX3 Star Wars: The Last Jedi tables pack provides two options inspired by the eighth core episodic release in the franchise. The first is entirely based on the small training area of Ahch-To Island with the other being a general The Last Jedi table. With Ahch-To you're getting a small mossy type area that has winding back rails with a more open centered section. This is decorated by a striking bit of artwork in the center and enhanced by a natural side setup. The water moves off to the side of the table, yet strangely the far back is a 2D picture. Other than that there's a nice day/night cycle and a number of animated characters. Chewbacca is there, we also get Luke and Rey along with some small surprises. There are missions to work on and events that can pop up.

The second table is one that covers the entire film and honestly it feels a tad busy. It's split into four distinct areas from the course of the movie and it feels like there's an awful lot going on. It's still a well built table, yet certainly overwhelming at times as well. What's really cool about this offering is the various missions you can trigger. There are a number of acts present that each do something fun with a core part of episode eight. The balls may turn into a frenzy with red salt dust, there could be Tie Fighters shooting escape pods and these are fun touches. You get some level of animation here also with characters and parts of the map always adjusting. It does play well offering an elevated ramp section at the top and a large beautifully crafted art piece in the middle. I liked how everything converged and all of the mini little surprises within this table. 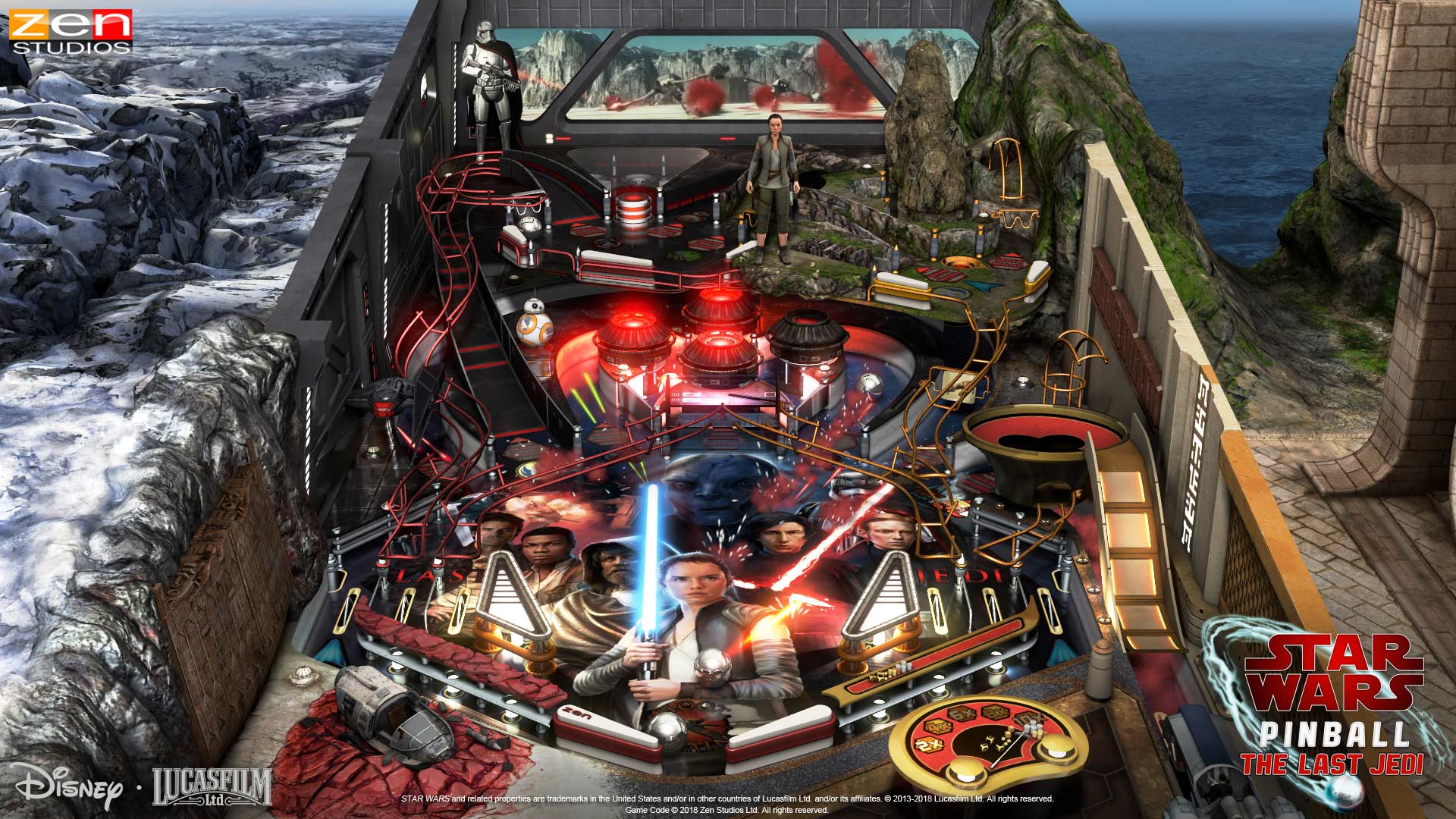 These are some solid tables to add into the collection that each emulate elements of the film quite well. The animations were fantastic and I loved the small sequences they setup. The whole red salt dust balls flowing around was quite a display. They both play well though I did find The Last Jedi somewhat busy in design. There was a lot of fun within the designs as well with the smallest of critters being present while the core players did have their own set up cinematic elements. The tables both play well offering similar, yet mostly different ways to experience the pinball action. It's the same excellent quality that's expected from Pinball FX3 and if you're a fan of the Star Wars franchise it'll be another round of solid additions to your collection. 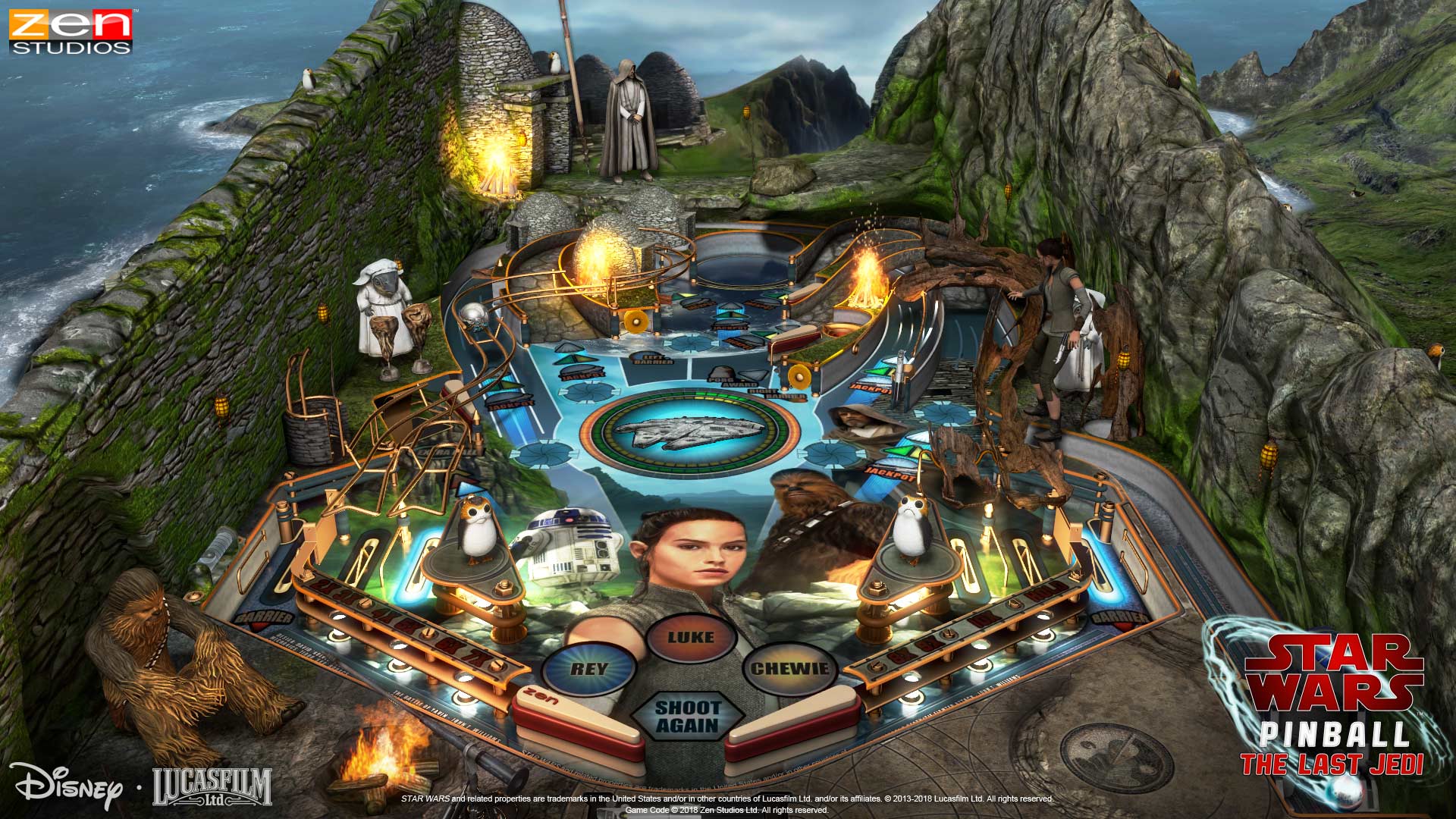