This latest Pinball FX3 Star Wars: Solo tables pack provides three options based on this latest anthology film. While the movie certainly wasn't a huge hit, we've received three solid tables based on it. I was very surprised with the choices here as they went from capturing the film in general to providing a table based on a grittier portion of it.

There's something for every player in this batch as each of the tables is solid coming together to provide a decent package. To start we have the general Solo table, this is an overall capture of the movie. It features many moving animations including the Falcon and various characters. The bottom of the table features large scale art of the cast and the top is a series of circular lane setups. There are rails that support this setup in multiple ways to the sides and at the back. It's rather interesting and dynamic as animated objects can fly off. 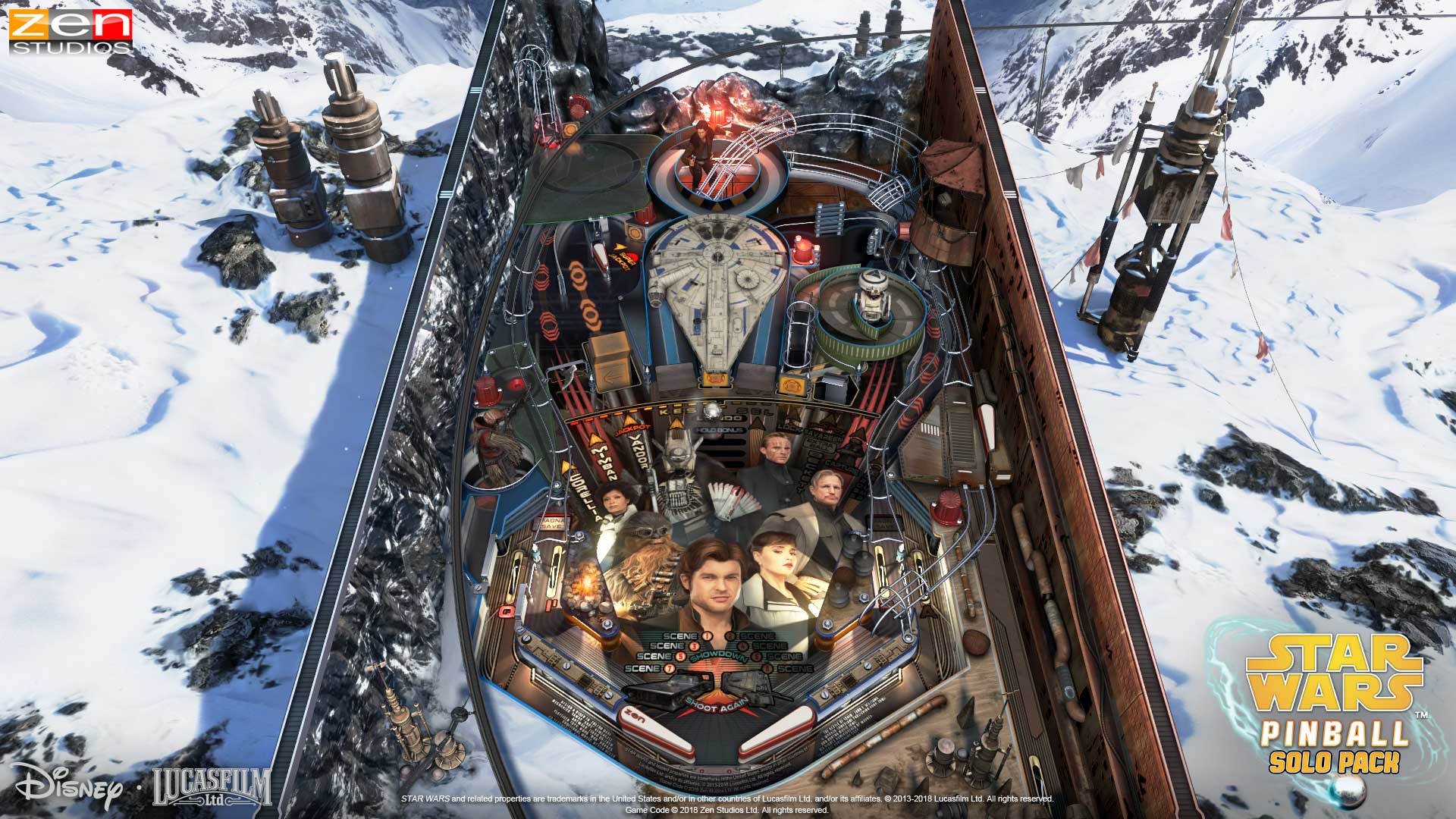 The second table is "Calrissian Chronicles" which is based entirely on the career of Lando. You get to see events from all of his appearances and that works well. It carries a Cloud City backdrop with very bright and clean colors, very reflective of how the character is perceived. It really does capture his style with a mostly open design and many rail areas holding together side parts, you even use a blaster to hit the ball to start.

The final map is the Battle of Mimban which is gritty and dark. I'm very surprised they picked this as a table and it's neat. There are moments where the multi-balls can become rounded with dirt and this is one dark in nature setup. It's somewhat tight and really focused, but features a lower area and some neat animated moments. 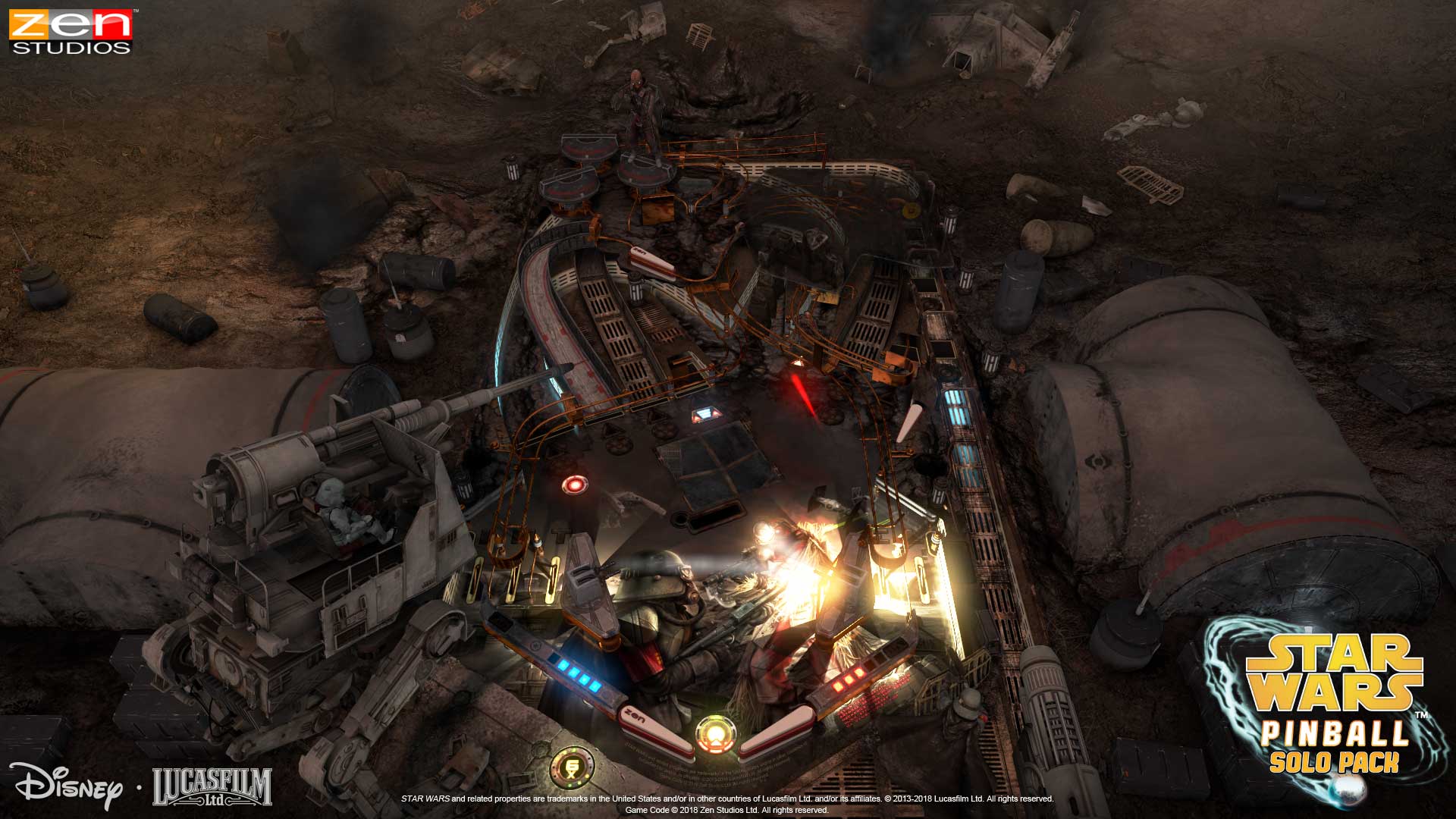 The Star Wars Solo tables are another fine selection of Pinball FX3 content to check out. They provide some well developed areas that correctly capture the spirit of the anthology film while presenting it within a Pinball experience. Each table is distinct in style with a different theme. I really liked the Lando one finding the Solo table to also be creatively put together. The idea of the gritty table is neat, yet I didn't find it as interesting as the first two. There's a lot of content in this pack and it should be a solid expansion for fans of the game or of Star Wars in general. 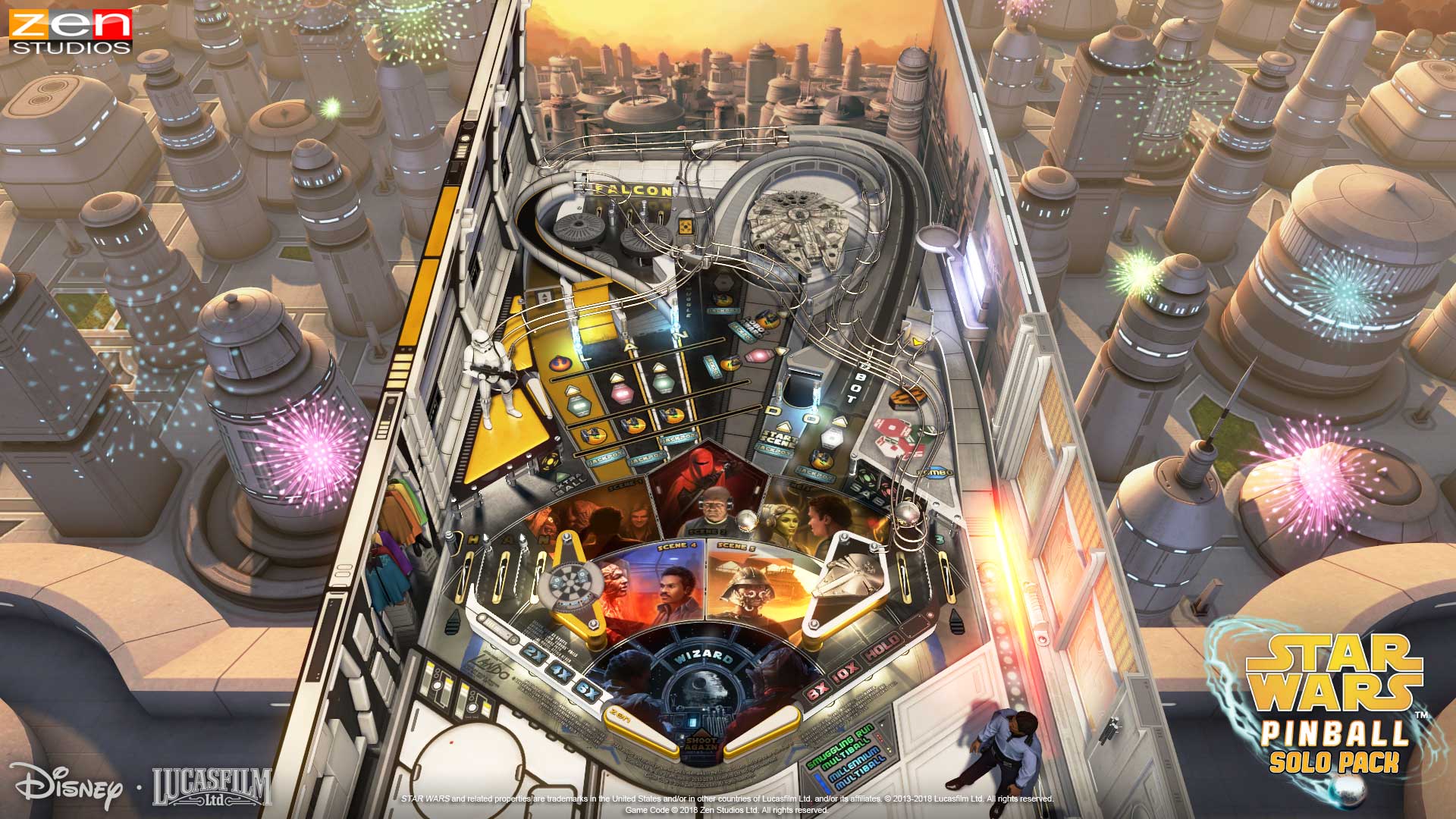