PES 19 or well Pro Evolution Soccer 2019 is the latest release in this Football/Soccer simulation. I mention both as the sport is called different names depending on your region in the world. This is another entry in a long running series and they aim to further improve upon the realism. There's a focus on capturing the play styles of key individuals in the sport while also making sure to work on the close dribbling game. The licenses have been greatly expanded upon with a plethora of leagues, but you may notice some missing.

I'm not a diehard fan of the sport, though I did notice some regions missing that I would have liked to see. That aside, they worked hard to bring in so many new teams and leagues. They have a number of modes for both single and multiplayer experiences. I found the options for getting online a bit awkward and that needs to be worked out better. Some of the key modes range from just regular kick-off exhibitions to coop matches and even career type options. Battle in tournaments or become a particular character within a special mode similar to "Be a Pro", I felt it could have used some more work in that particular area. Needs more career type options for that one.

PES 19 is Xbox One X enhanced and the visuals are great, it looks fantastic. There are multiple weather conditions and dynamic lighting matching real stadiums. I thought it looked excellent though the rain conditions could have been improved upon. The fields look great as they get marked up over the matches and the crowds seem lively. I was surprised by how much variation the crowd seemed to have, they also went in with full detail in regards to the smaller areas around the field.

The character models were fine, though some of the smaller details could have been better. The game handles well with multiple input options and it feels slightly arcade focused in style which I enjoyed. The ball controls are great, it feels dynamic and the AI reacted well. The number of stadiums is awesome with more planned in the future, it's a great starter selection. 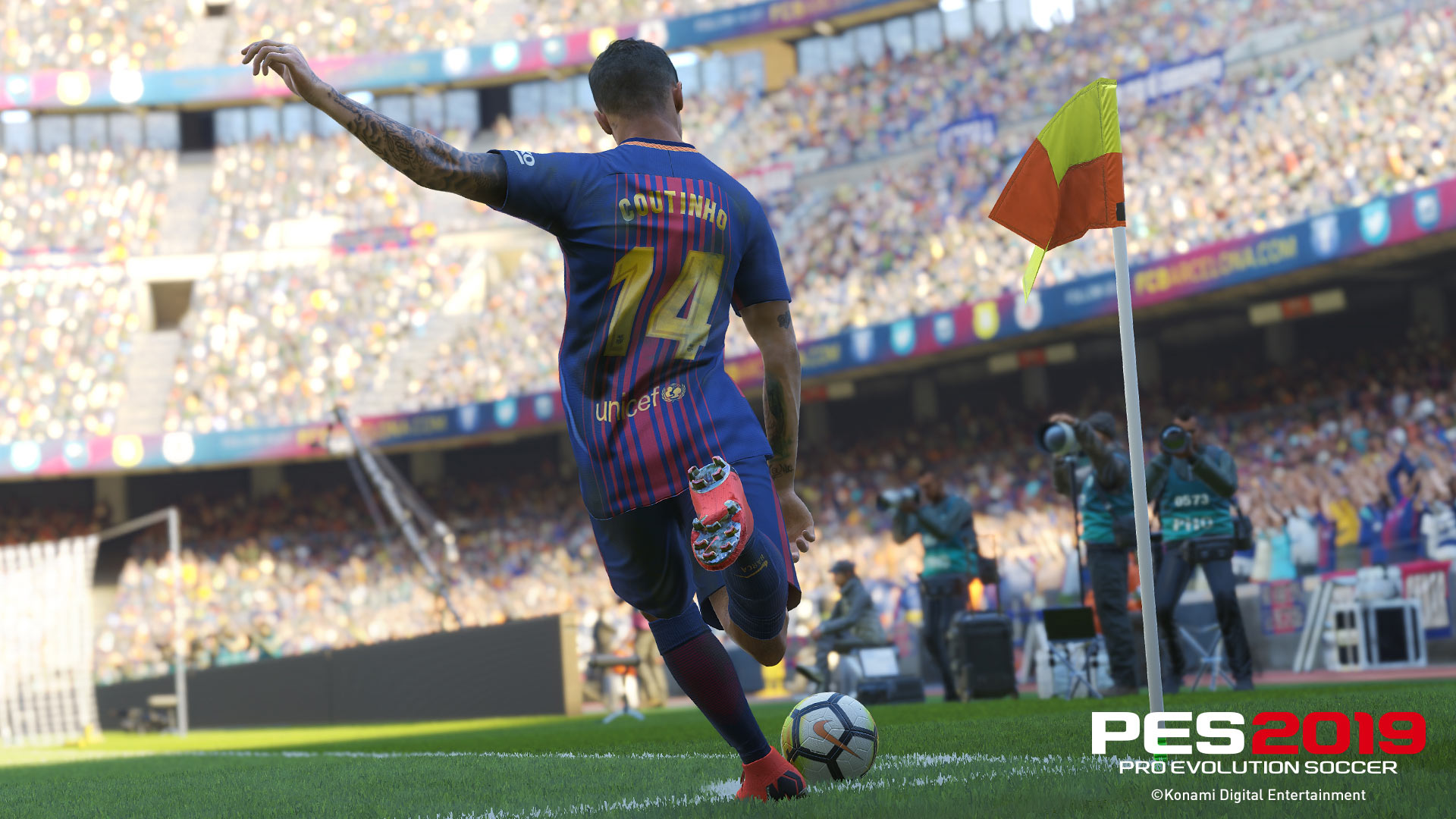 PES 19 is a great simulation of the sport presenting expanded licenses and improved gameplay. It's an expansive title featuring lots of content and all the Football/Soccer excitement one could want. There are many modes to play and ways to compete online or offline. It has just a plethora of modes and even some retro players thrown in that mix things up further.

The quantity of stadiums is impressive and the work on the ball game really did benefit this release. It all handles well and looks solid with some great visuals, especially if it's Xbox One X enhanced. This is a good option for fans of the sport and one that presents it well.