"Battle of the Shrooms"

Mushroom Wars is an intense real time strategy game that has you controlling groups of shrooms as they wage wars against each other and others. It's a rather simply game as you control the various forces by just selecting where they need to go though it's quite hectic. The levels are also quite basic though well designed for certain purposes as you battle other factions for map control. Most of them aim to teach you aspects about the game and force you into certain functions though many just allow free battle with some objective placed on the map. It's definitely at its best when the game turns into an equal tug of war where the tide could turn at any moment. This is usually when the shroom counts are close and any shift in bases could completely change the battle. The campaign is also quite lengthy so there's lots of gameplay to be had just there. Aside from that area there's also a skirmish mode for quick battles against the AI and an online multiplayer area to battle others. Skirmish was great as it provided a solid selection of maps and enemy combinations to battle with.

The game also carries a certain charm to it with your hundreds of little troops marching across the battlefield and it can get really intense once it gets close to those four digital army counts. It also ran smooth despite so many enemies, but that was mostly due to the mostly empty maps. I wish there was a bit more going on in the levels as they were mostly bland, yet I was fine with the designs of the structures. While carrying a simple look it also keeps things rather basic as far as controls. This is usually great in games as it's easy for everyone though a selection of better management tools would have been nice opposed to just swiping along. 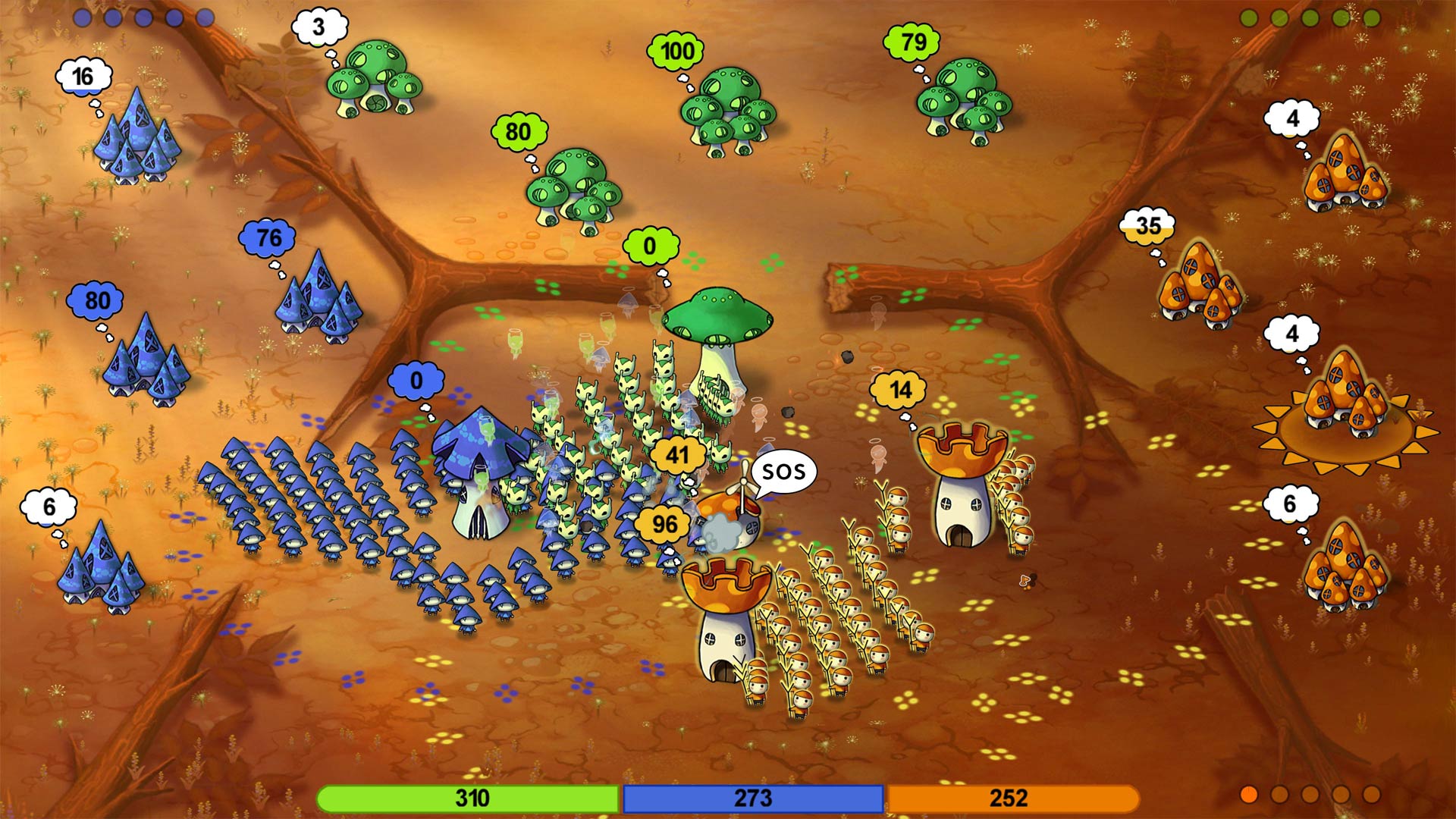 Mushroom Wars works well bringing a solid campaign with perhaps the only drawback of the title being its simplicity. It works well as a RTS title providing a solid challenge and many epic moments. It's just pure madness when you get a few hundred troops rallying around from building to building as structures are taken then lost and retaken. Those moments are just epic and exciting, yet tense as well since the tide could sway against you if there's even a moments rest. The game has a solid campaign, a well done skirmish mode for hours of extra battles with various scenarios and online if you find the players for it. Mushroom Wars was really enjoyable on the PC platform and it plays well there despite originally being designed for other platforms.