Reigns is the simplest of games having you make key decisions for your kingdom by swiping left or right. It's basically like Tinder, but your decisions as king will directly affect what's going to happen across the lands. These decisions not only change the world in current time, but can also have direct impacts on your future lineage. Playing a king through a couple of swipes to set up a back story you then attempt your best to balance four key areas. These areas include The Church; The People, The Army and of course your kingdom's bank account. If anything falls below the line or even gets too high it could mean the end of your regime rather quickly. While attempting to survive you have a deck of cards which are thrown in front of you and this grows over time as your decisions allow new colorful characters to pop up. You can run into all sorts of people such as other royalty, church folk or even witches with mystical abilities. There are also some animals that pop in too for some more fun decisions and those were appreciated to split up the action.

The presentation is as with the rest of the concept very simple. You get a selection of colorful cards with text above them asking you a question and you swipe to answer. There are also a number of combinations present depending on how you want to handle swipes. Each playthrough also gives you some objectives and of course presents a fun death depending on your reign went. It does look nice and presents itself well despite not having much to it. 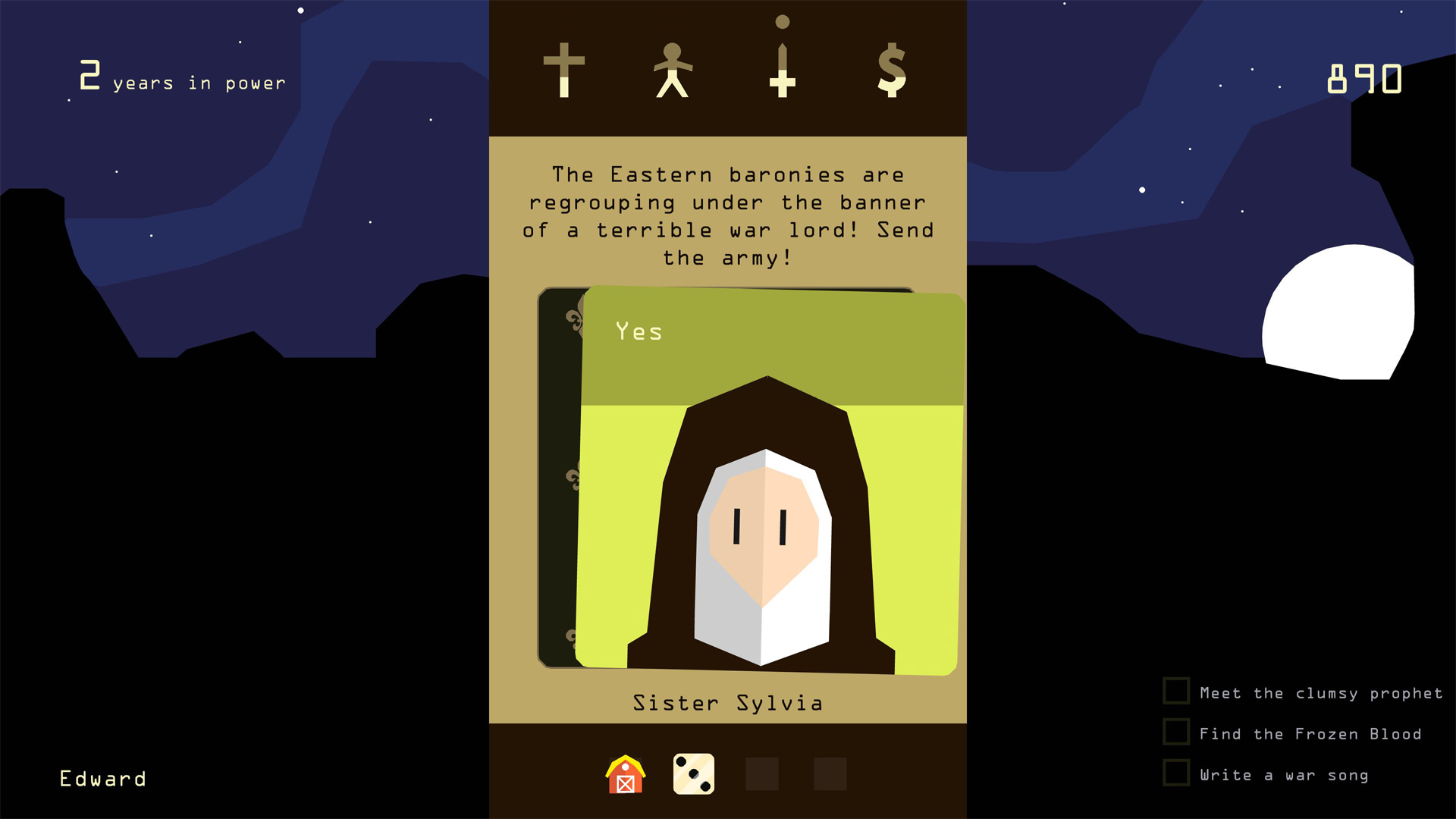 Reigns was definitely a different sort of title and I was surprised by the amount of depth available within the cards. It can be quite a fun time sitting there to just swipe for decisions. It was even better to then see the effect on the populous and the deck after decisions were made with time continuing to pass. I also particularly enjoyed when I coulde start great Crusades or even got lost within a dungeon scenario. It's worth checking out if you want a more casual game and enjoy that time era as you get to see the evolution of your kingdom. This and the deaths of your many rulers along with what hilarious thing they were titled or known for.