Postal is a title I've never played, but have often heard rumblings of for many years. When the Postal Redux was set to be released I thought I'd check it out and compared to games today it's really not that big of a deal. The story revolves around this random individual that exits a house and just starts killing everyone. There really isn't much of a narrative here as you go from area to area just shooting everyone. There are a number of cops, troopers and other people attempting to stop you with your goal to just eradicate them. It's rather boring to be quite honest as there isn't any story here and you shoot people, even civilians which I didn't mind at all since Modern Warfare 2 tops that sort of scenario. It really was just a chained group of areas where you kill folks in while moving around a very static world. There were some unique setups for killing people whether that was at the quiet housing area or a marching parade of civilians that scrambled to run away from your madness. Aside from the main campaign section there's also Rampage mode where you attempt to get the best scorestreaks by getting effective killing streaks. You just pick one of the levels you've unlocked thus far and then go to town on the more dense population.

While it's updated bringing some decent graphics the general game has not aged well being very basic. You move around in twin stick style shooting anyone with an array of weapons. It was interesting grabbing some of the odd weapons to kill people with and the molotov was satisfying to a degree when it worked, but most of the time I just incinerated myself. There are also some health or ammo boxes lying around to restock and just didn't feel that exciting doing this. Even enemies basically just stood there as you walked around firing and some didn't even die despite many bullets and limped around the ground which was odd. 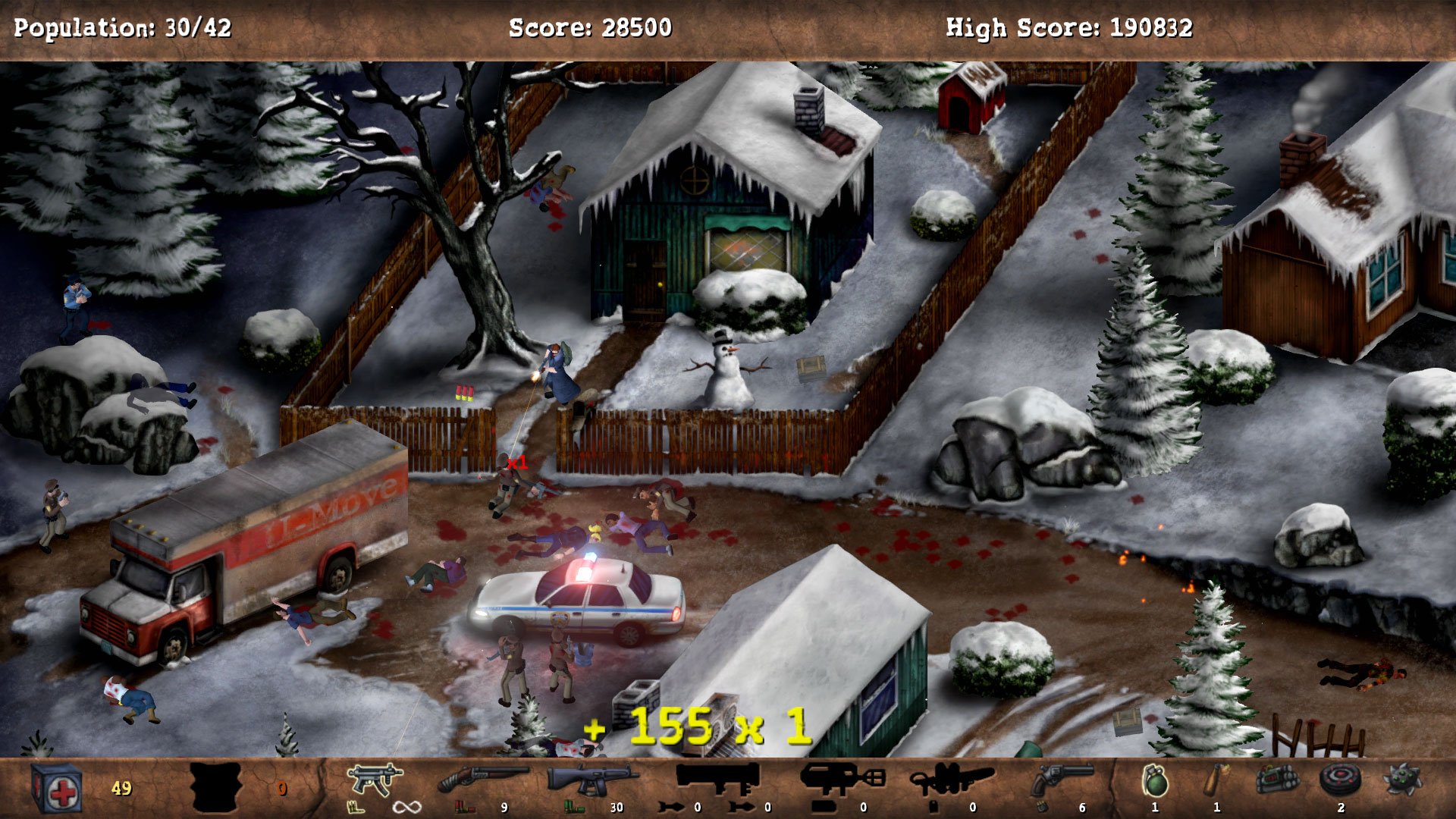 If you enjoyed the original release then I suppose you might appreciate an update to the game though looking at from this point it's really not that interesting of a remaster. It doesn't add to much content to the original experience and the game is really just an interesting take on a poor individual with some mental health issues as clearly displayed between rounds. The gameplay was bland, boring and the levels were generally lifeless. I'm not too shocked about the material presented either as we've seen much worse these days, but it's an interesting title in terms of history and updating to preserve games are something I'm never against. I was just hoping there might have been a bit more to this game as there just wasn't much going on in this one though it did function at a basic level.