You've crashed on this mysterious planet with little to no contact with your squad and only a series of local creatures in the surrounding. Building from this you need to build up your spawn settlement and then build Goliaths to combat any enemies. These large creatures are easy to not only control when in the suit, but also when you have them just providing support. It's quite something to gather a group of your Goliaths and then attack some of the local creatures or enemies. The game is split into a number of worlds of which you teleport between, except this costs crystals which I thought was odd since you needed to travel backwards usually to stock up on supplies. Each world presents its own biomes, creatures and also factions. It's up to you to survive the conditions of each they'll have different affects on the Goliaths you build. The factions also are quite important as you need to make decisions of whether you want to be friends or foes with them. It's not quite quest based in the narrative sense as it does give you general objectives to complete, but you're thrown out there to figure out how you'd like to do so. It's nice to have a bit of freedom within the world and you're generally not lost in direction, but I found that in quests compared to my level I was fairly low to complete them and I quickly needed to find alternate ways to gain experience. There's a solid amount of gameplay present in the campaign with an alright story though I would have liked the story to be pushed a bit more than it was. 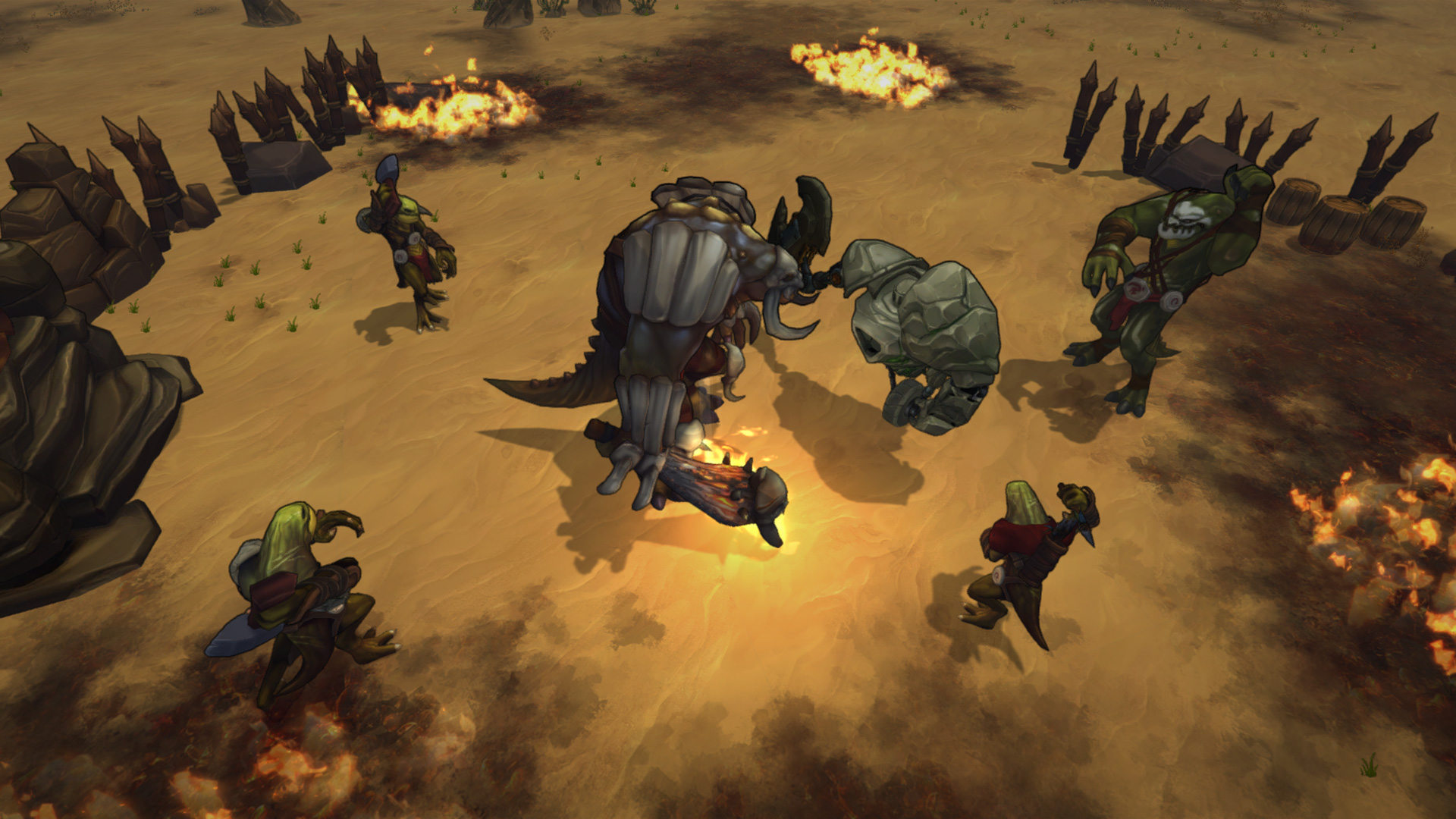 Goliath is a game of many worlds with each providing their own unique biomes and weather conditions. These are also procedurally generated so it's a completely different experience as you continue to explore. You'll need to be careful and learn from each of these environments since they all affect your essential Goliaths differently. The worlds are also full of resources that are important to your ability to craft new items and Goliaths. Trees are really the most basic part of your construction as they're the first thing you work on when build an initial Goliath. Once you've built your first mech there are many options for improvements including a number of attachable weapons or armor upgrades. The Goliaths also take quite a beating out there from creatures so you'll need to repair them as well. Aside from working on the Goliaths there are also a number of buildings to create within your settlement. These workshops will help you produce items to better your chances of survival and require a fair bit of resources to create. You also have access to a camp for quick essential resources which can be built anywhere outside your settlement area for quick fixes. The game was also interesting in that your human self is quite weak having only abilities to help him escape with the Goliath being your battle vessel. These mechs have a number of combative moves including specials which were interesting, but I still felt that combat could have been more dynamic. There's also multiplayer options available to work together or to battle it out if you'd like to see who handles their Goliath the best. 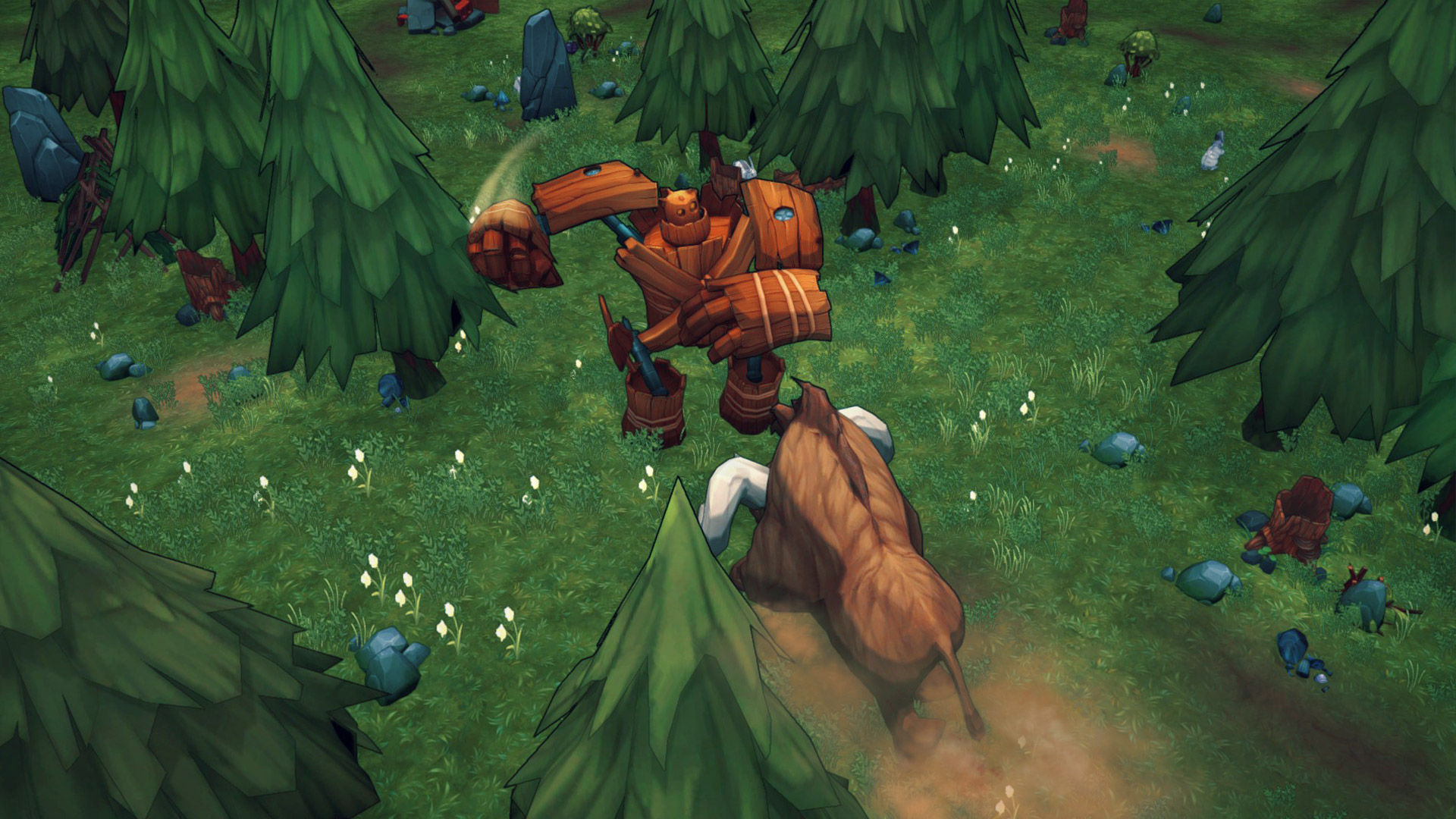 Goliath is definitely an interesting game where the core combat shifts away from the character and towards the mech you control. It's important to build these vessels up to make them more combat efficient and be careful of the environments you take them in as the weather could be hostile. The story was decent though I wish it was perhaps a bit more focused though the open world style of the game was well done. It was great that the worlds felt alive with a number of creatures running around, the resources you could collect and the factions found within each. Goliath is a different kind of game for sure that focuses more towards survival and the collection of resources to improve your situation as opposed to telling a straight forward story.