Cornerstone: The Song of Tyrim Review

Playing as Tyrim, a young viking growing up in this place called Borjana island you set forth on a quest to find the men of group as they've been missing for quite some time at this point. Being rather young you'll need to start off simple by helping around the village until you acquire better skills over the stories’ progression. It's an interesting game that combines elements of the classic RPG adventure with a linear yet still open world experience of questing. There's also an extra layer of crafting to be found within the game as you'll need to build weapons, tools or other objects in order to assist on your quests. None of these items are particularly hard to acquire though some do require a bit of extra work to grab. As you progress more areas will open up for you to explore and there's a fairly solid amount of environments to traverse along with boating opportunities. This was nice as you can set sail on your ship to go across the ocean and it's also got a bit more to it than just being a boat that takes you from place to place as there are a number of things for you to do while on it. This includes things such as having weapons, storage and a health replenish system. As not to dig into this one aspect too deeply as you'll learn it well enough when playing, sailing was simply enjoyable. Going back to the story aspects the game has a fairly lengthy campaign to playthrough with a number of puzzles and quests to partake on with not every one of them being part of the main story line. That aside I did however feel that most of the quests were a bit simple and that leads into the aspect of this game being appropriate for all ages. I felt the game was somewhat geared towards a younger audience which is fine as it's a soft cartoon game with a kid at the forefront of it.

The game looks mostly nice with some lovely graphics though it didn't have quite enough density to it. Some areas like in the village pictured below as a good amount of items within it whereas other areas felt strangely open with only a couple trees or enemies filling in the spaces which felt odd. The ocean also felt a bit too vast when you're on land and I will mention you get a bit of a funny sequence if you try swimming out too far. The mechanics of the game were mostly solid though I did come across a number of glitches when traversing the world and some portions felt a bit clunky. This was most apparent during combat as it didn't feel very fluid and was more of a just hack at enemies experience instead of being more engaging. The crafting was an interesting aspect of the game though that also felt a bit basic to a degree with neat options of what to craft, but just finding resources lying around was too easy I want to say. It was neat to build your own weapons to fight enemies with and that if you died you could just go run to grab them in order to fight again. Continuing on with quests I found them mostly to be a bit basic in what you're doing without a ton of explanation of what's going on as there wasn't much to cinematics or dialogue. If you do happen to not know what you're doing at any point they've included a semi-useful hint guide that's readily available. 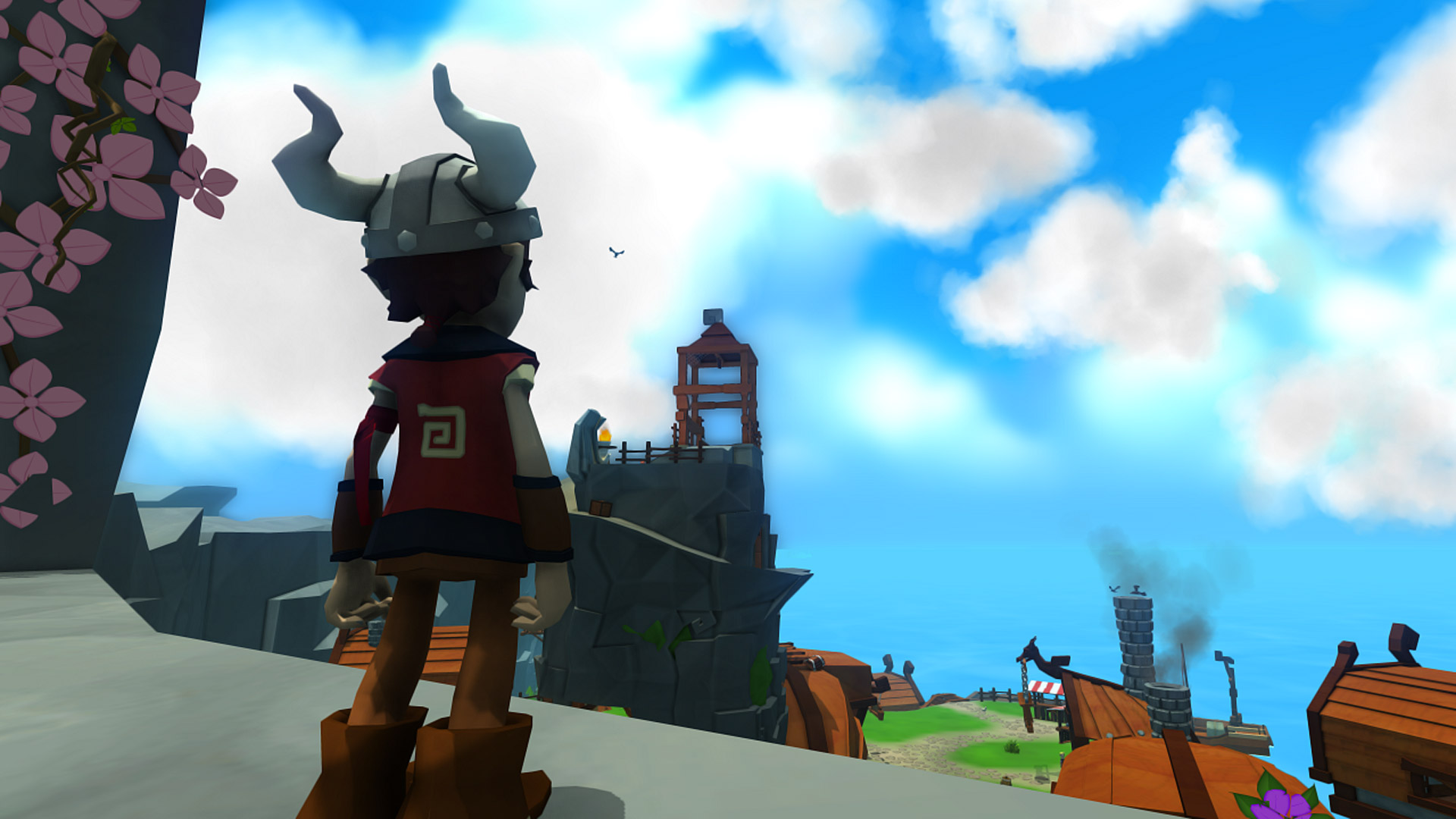 Cornerstone: The Song of Tyrim is a solid RPG adventure that packs a fairly lengthy campaign despite feeling a bit simplistic at times. It's a title that I'm sure all ages will easily enjoy and it's got a brighter look to it which matches that feeling. I loved the crafting system as far as making your own tools though I wish the resource collection system was a bit better done as it felt odd with so many required items basically everywhere. The characters you meet in the game do have some charm to them though I felt better presentation could have been done there as well. The sailing aspects were a lot of fun so fans of that aspect will enjoy it with a bit of Wind Waker style to it I want to say. Complaints aside it's a solid RPG game packing many hours of potential gameplay and adventures to be had.