Shardlight follows the story of Amy which has grown up twenty years after bombs fell being only a very young girl before the big change. It's done in traditional Wadjet Eye style being the whole pixel graphics mixed in with point and click. The game carries a very classic gameplay feeling and an interesting story of political oppositions. You quickly discover that Amy has been infected with the Green Lung disease which slowly kills all that it comes across unless watch over with a vaccine. This vaccine is kept in controlled supplies from the Aristocracy government that regulates the survivors. Amy has begun doing some lottery jobs which offer a chance for the vaccine at a cost of doing dangerous tasks in exchange for tickets and that's where the story begins. Across the game you move through a variety of interesting areas that show the entire scale of what this post apocalyptic world is. There are broken areas, somehow very pristine locations and even cult like places that follow The Reaper. The story was interesting offer some changing paths across the campaign and intriguing dialogue depending on which people you chose to chat with. I wish at times that there was some more direction in finding things, but most of the time I knew what I was doing when going around. The narrative also seemed to be a bit short in this one cutting off to a degree and not expanding to the level I had anticipated. This in turn made the ending portion feel a bit too brief as the story could have been larger to give us a better view of the world instead of a linear glimpse.

While it does carry a lower resolution design the game does have a great look to it truly capturing the post-apocalyptic world. The characters were interesting to chat with and the voice acting was well done. The puzzles were mostly simple to move through, but it might be difficult to progress at certain parts since it has some specialty prompting when moving forward in certain parts. The areas are also full of character and feature a number of sections each that you can freely move between. I wish that there were more options present as far as setting up the game as resolution is locked and there are no guidance areas which makes the interface feel dated. 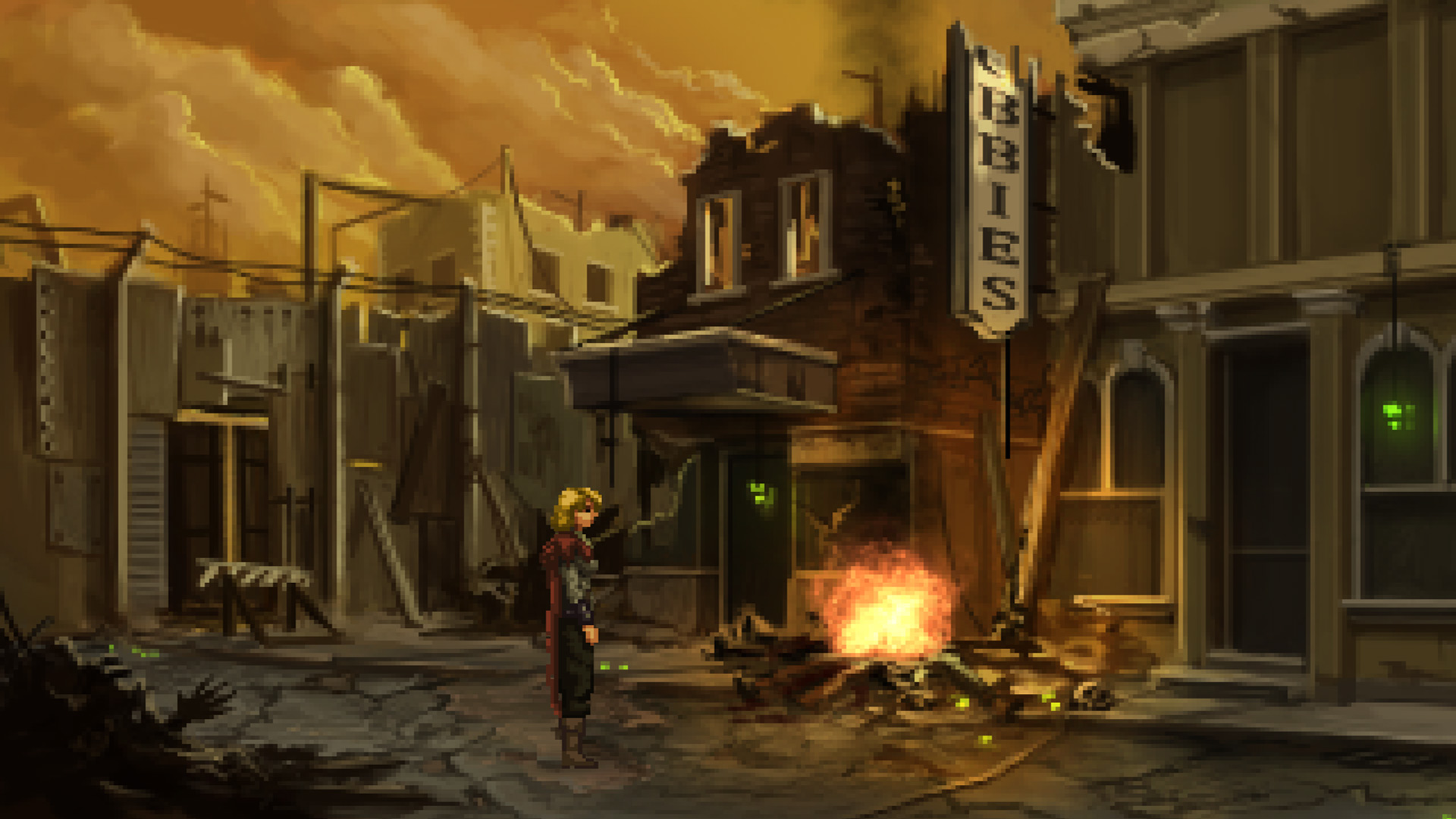 Shardlight is an enchanting game where you guide poor Amy as she attempts to survive a harsh world and life after the bombs. This will have her moving between two opposing groups and choosing which cause you believe she belongs to. The world is beautiful having great amounts of detail and the voice acting of the characters supports that well. It would be great to have a better backbone to the title for resolution scaling and other modern aspects, but it runs well enough. Shardlight is an entertaining game painting a perfectly well done dark world and giving a great perspective to view it through.