The Town of Light Review

The Town of Light is a title that explores the horrors in asylums during the late 1930s as players step into the shoes of Renne. She was only sixteen when she was taken to the asylum and the game takes place in the future after the center has been rundown. The game is completely presented in a calm walking style with less focus on horror aspects and more on being unsettling. The environments are absolutely beautiful though it feels really empty not having any mechanics to gameplay and movement is rough when opening things. You also view and see many unsettling things across the journey, but the story isn't knit together very well. I found it really hard to follow the story and events since they're so mixed up, but there are some choices which alter minor portions of the story. It was easy to predict what was going to happen from the start and after finishing I'm not sure what actually happened to get to that point. There were also some mature themes explored across the two hour story which were in the form of nudity and dialogue. Those aspects were presented in a way that made sense aside from the whole overall story being so mixed up. Aside from some delusions in the narrative some aspects of the story were presented in nice drawn stills and that was well done.

There are no mechanics aside from pushing open doors or viewing some items and you mostly just walk around everywhere. The scenery was absolutely beautiful with every the nature scenes being particularly stunning. The interiors of the asylum were also fantastic looking run down and the delusional scenes really capturing the scenes. While it does look great there wasn't much too the game that made it anything other than just a walking game. 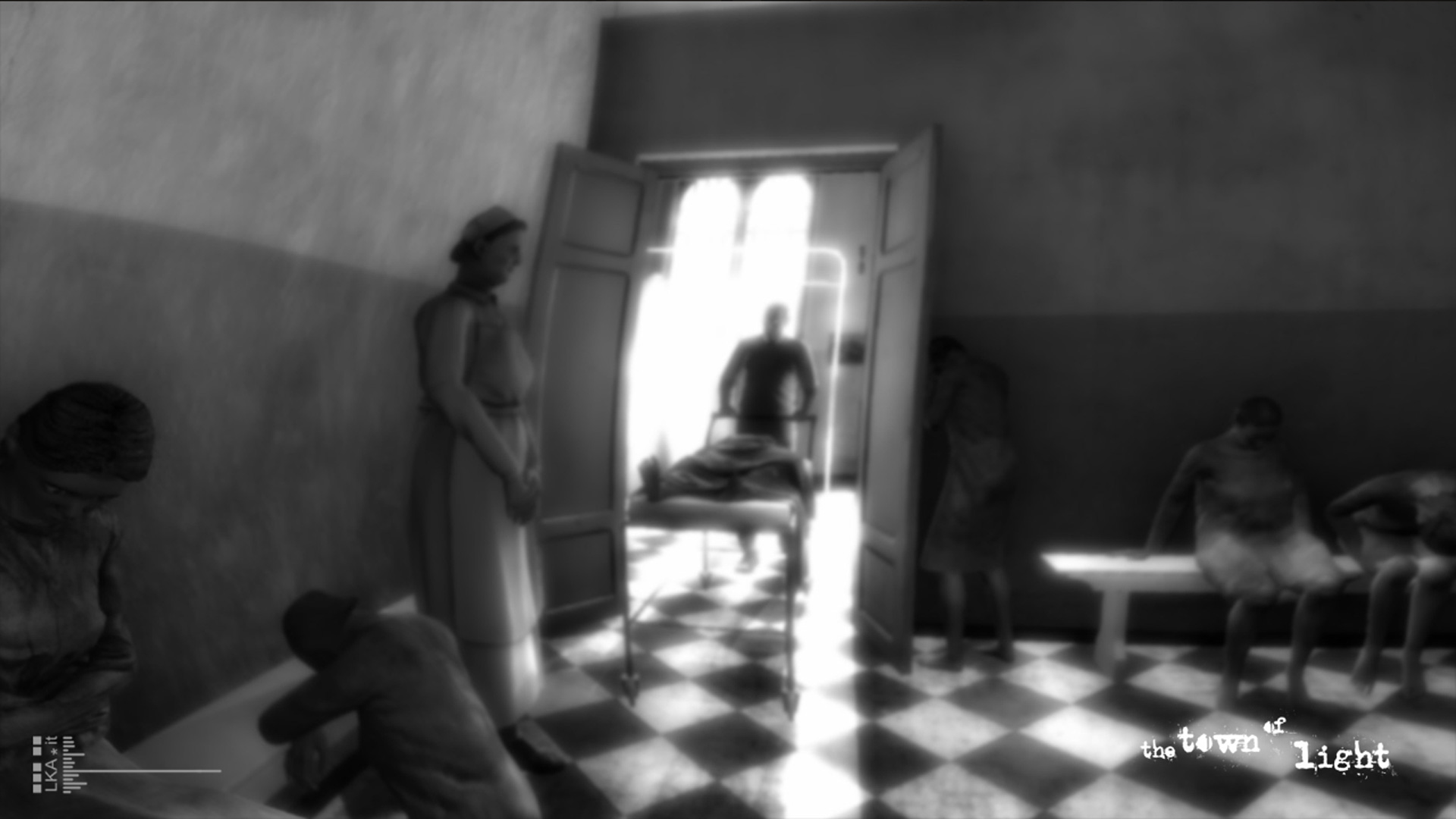 The concepts and narrative explored in The Town of Light were great, but as a game there really isn't much to it. You basically just walk around for a couple hours exploring the places with a simple to follow direction. The story was hard to follow and even after I'm not sure what events did happen or even the placement of events as it kept jumbling everything far too much. If you're looking for a quick and quiet game it might be nice, but it didn't excel at being anything else. I even found that it was stretching on a bit too much by the end despite the length. The Town of Light was a neat game to play, but just felt like constant wandering without a clearly mapped narrative. It's a sorrowing tale for the lead Renee, but was just how things were back then. The environments were also good at capturing the horrible conditions of medical work back in the early 1900s.

The Town of Light for PC
Review code provided by LKA