"Life of a Boxer"

Punch Club lets you take on the role of a boxer that is done on their luck and just trying to make their way to the top. This is done through a random assortment of tasks as you balance living and training to be the best fighter out there. It can certainly be a rough life and it's extremely hard to find the right balance as I was always focused on one task while other things would become lowered. It's actually got some great depth to it as try to control emotions; training, eating and working. I was mostly focused on collecting money in order to afford my own equipment as going to the gym was definitely adding up and I thought it would be easier without the travel cost. The entire world is a pixel landscape with everything looking great and even smaller details like playing games or petting the cat. Sadly, the game doesn't quite resolute all the way on my screen so just be wary that it might only take up a portion of your screen. When you do eventually build up your skills enough there are many fight options present as you choose some fights to take on and battle it out. There are also street fights that show up every once and awhile which have negative effects on the characters so you need to watch out for them. Going back to the fights they have an interesting system in which you select a number of moves you've unlocked within the skill tree and then there are rounds where you can select a new set of moves to battle with.

The game looks great with its pixel art style and there are so many smaller details to be found within the game. They also have a great variety of cameos present which are sure to give you a laugh when you notice them. Everything runs smoothly in the world from fighting to just generally moving around the world. There are also many places to visit and things you can do within the world. You can go meta to play video games or just work out for skill points. I wish there was some customization possible for the game, but I suppose it's somewhat story focused to a degree. 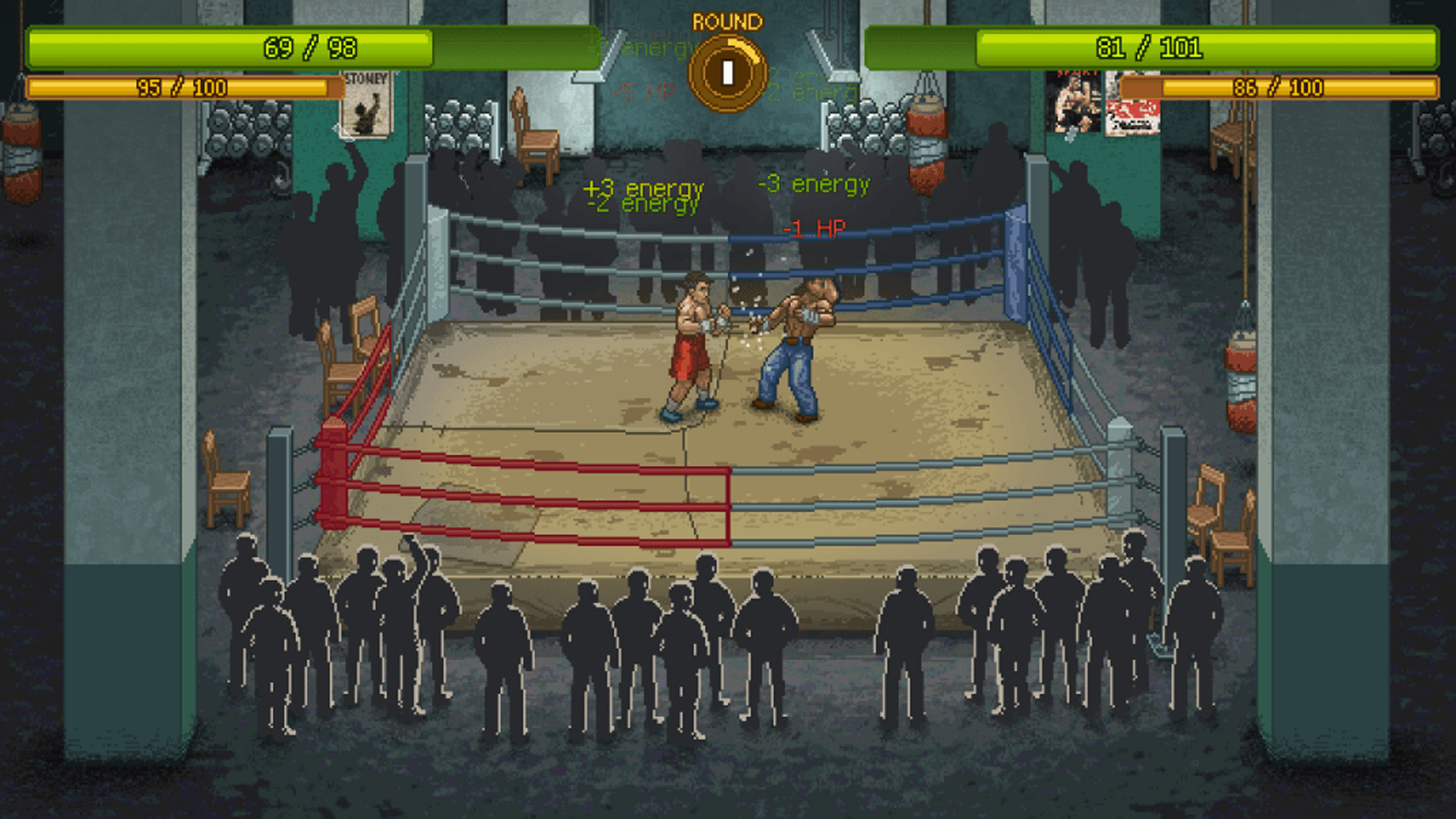 Punch Club was a decent boxing simulator with some funny aspects to it though there really isn't too much to it. It's rough to micromanage the various aspects of gameplay sometimes which could frustrate some though it's worthwhile once you do push through it to some degree. It certainly has some interesting aspects to the gameplay, but can also get really repetitive at times as you just push through trying to get some aspects up higher. This of course gives a negative draw on other aspects, but of course being this type of game you'll need to find a good balance for the game. If this sounds of interest then it's time to train to become the best and overcome a tragic boxing past.