My first experience with Turok was with the new edition on Xbox 360 back awhile and despite the vast amount of issues with the title I did love the concept. It was a wonderful world of having dinosaurs mix with a futuristic shooter for absolute mayhem. When they randomly announced the original Turok was being remastered I was thrilled to check out the game and experience it for myself. First off, this is a really old game that has not at all aged well. It's great they were able to bring it to Steam for future generations to enjoy, but it certainly does not feel remastered at all. The game is a very high priced port of an old game that again, has not aged well. Still, I had fun zipping through levels with the really high paced style of gameplay present. It's also great fighting such a variety of enemies throughout the campaign including some dinosaurs with guns. Things get even crazier when you come across a boss as they're certainly terrifying and very creative. Cheats also return and remind me of a simpler time when they're built right into the menus so I had some fun with those as well. The amount of levels present was great as they made the campaign have a good amount of length to it, but be prepared to occasionally get lost as it's only linear to an extent. There also really isn't much of a story present within the game while you play as a native tribal guy out there stabbing dinosaurs, military people and whatever else comes in the way.

It plays like the FPS of old with graphics that resolute to modern machines which was nice. Gameplay is damn quick and the movement system is really well done. I was impressed with the smaller touchers like climbing up ledges, the amount of NPC creatures that were there for scenery and the size of the levels. I did however have a huge problem with how poor the draw distance was in this game despite putting up max settings and everything. The amount of guns is also crazy with every sort of weapon you could imagine to slay the enemies across the levels as you sought out the level keys to continue. The save system is also rough in the game as you have a set amount of lives before that's the end and something more modern might have been nice to have. 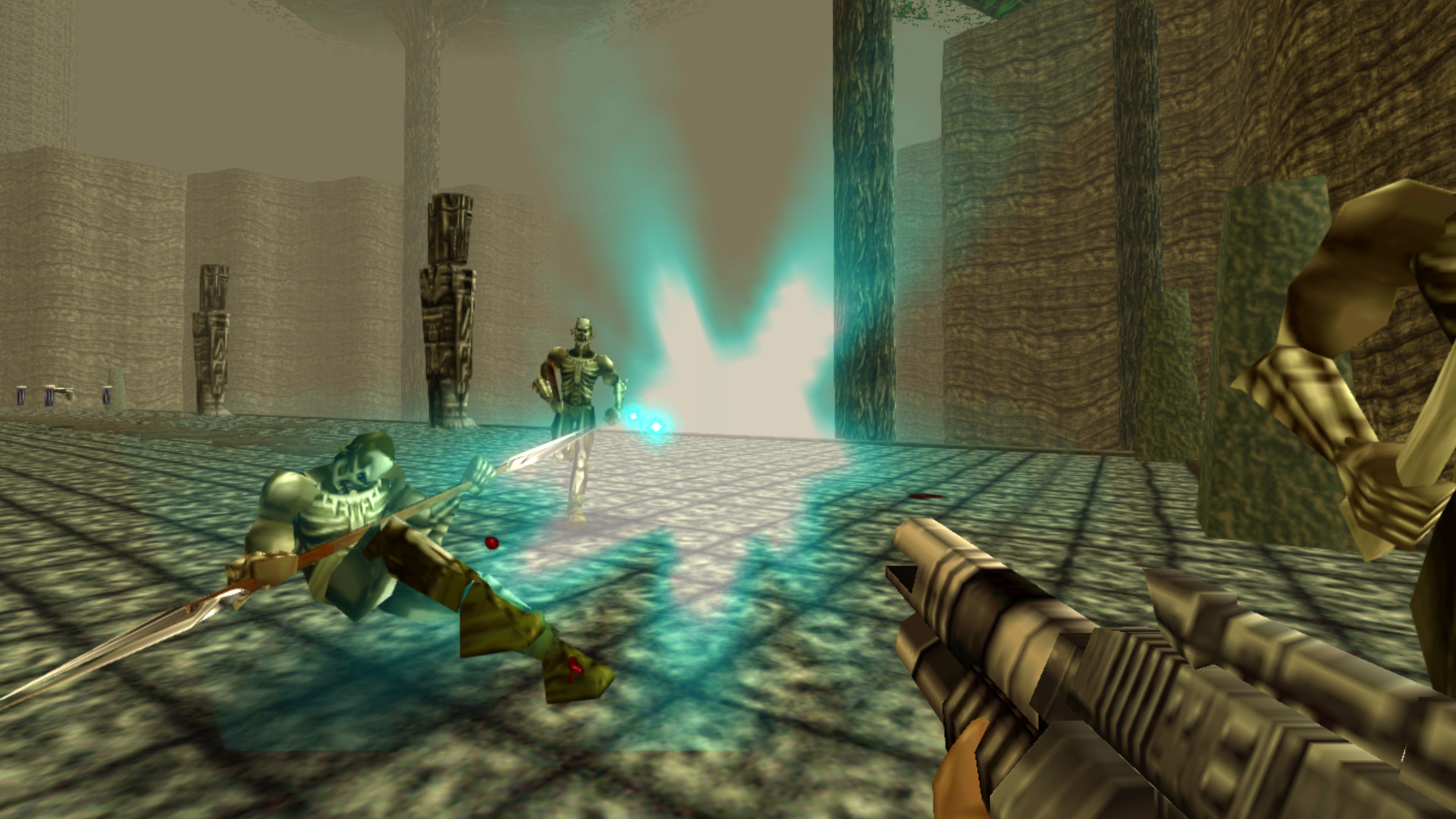 This is really not a remaster and certainly not worth the high price they're currently charging for the title. For the hardcore fans of Turok I'm sure you will grab this regardless and it performs well on modern computers which is impressive for sure. I just wish they would have done something more with it as it's just a port of an old game that really hasn't aged that well over time. Still, I would love them to make a new Turok at some point. People love dinosaurs and mixing them with FPS games are always entertaining.