Wild Season is a game that is inspired heavily by Harvest Moon and takes those general concepts into a modern, yet mature farming experience. It can still be thoroughly enjoyed by all ages, though there is some more adult tones present throughout the narrative portion of the game. As stated in the title Wild Season has been split into an episodic tale which doesn't feel at all like it while playing until you get into the later part of this first episode. I say that in regards to me spending over ten hours of playtime in order to progress until the current cut off which was fantastic time wise, especially since I was really enjoying myself. The majority of the game is based around doing farming activities though there's this whole extra story layer on top of everything. I have to say at times despite having a blast living the farming life that the story itself was driving me to push towards the end since it was so gripping. Having nowhere to go you arrive on this farm as either gender or personal creation you come up with and then something happens with you awakening at the local Inn. Initially the town folk are happy, though that takes a quick dive once they discover you bought a plot of land in the town. Most folks are hostile after this though some are still nice including what is heavily shown to be a love interest and these people carry the majority of the narrative in this first episode. The episode itself covers a number of seasons so you get to see a variety of change when it comes to the weather, crops and general look of the world around you. You also will get to experience some festivals that the town runs and meet the strange people that live within the town. There are some allies, some enemies and an even deeper mystery that everyone seems to be hiding with will take you on an interesting detective like journey. 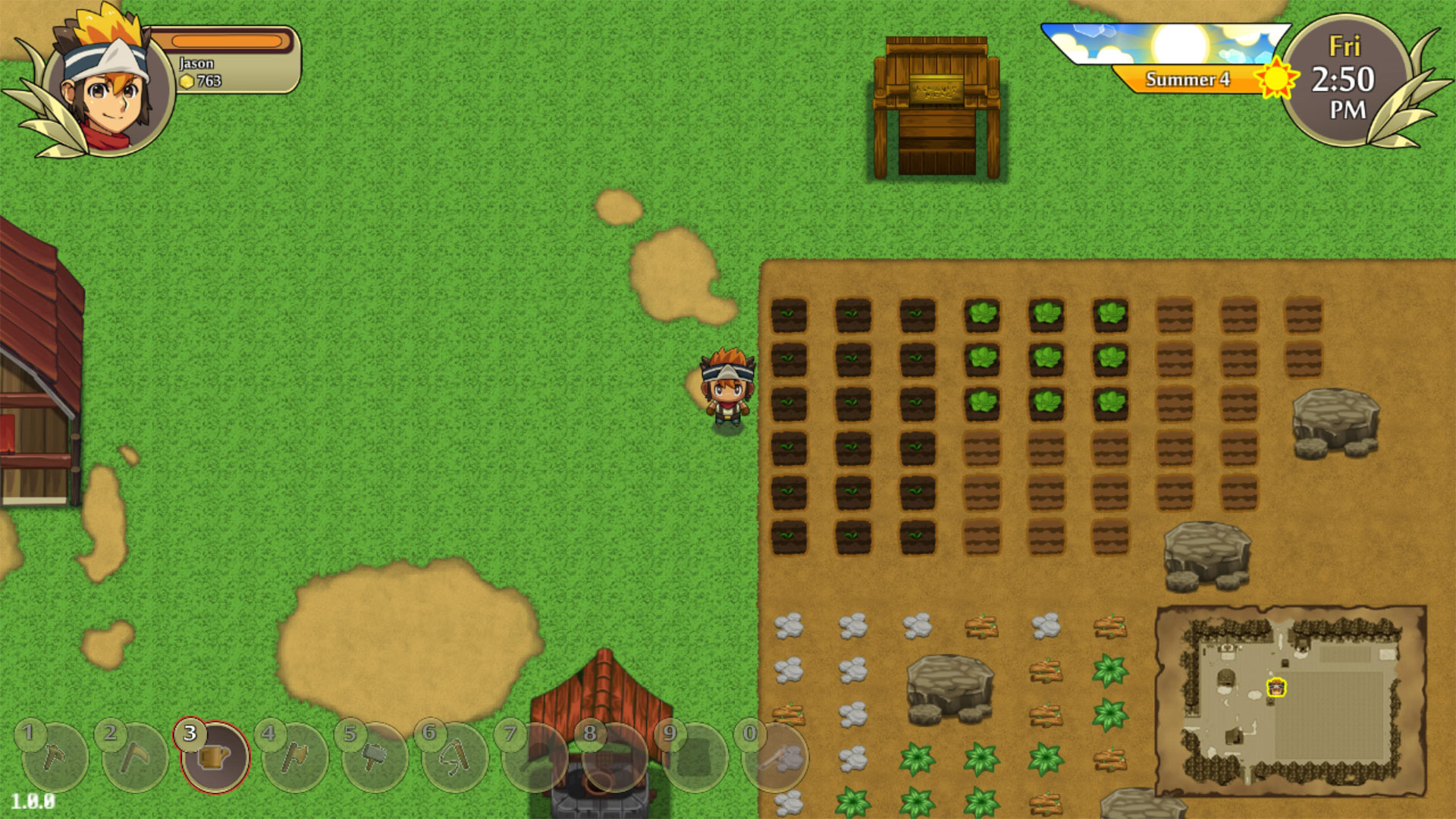 The world itself may seem simple though that's largely the charm of these farming simulators and what makes Harvest Moon in itself so special for the long life that the title enjoyed. Wild Season presents its own charm when it comes to the world and the characters within it. The world map is relatively large with many areas to explore and things to do. It actually had far more activities than I would have predicted including farming; fishing, cooking, animal husbandry and track betting with horses or dogs. These activities are all fleshed out quite well with multiple things to do and steps required in order to accomplish them properly. Farming I believe was the best done as it's the core of the game and there were so many crop varieties to grow. I do however wish that the game spent more time teaching aspects of everything since it could be difficult to get into, but that's some of the charm in this title is figuring out exactly the best way to get things done. The game also features a stamina bar which you will need to watch or you can pass out and a bit of a level system that grows while you work on activities. There's also relationships with people to an extent in how you interact with others though for this first episode is feels very focused instead of branching these options out. 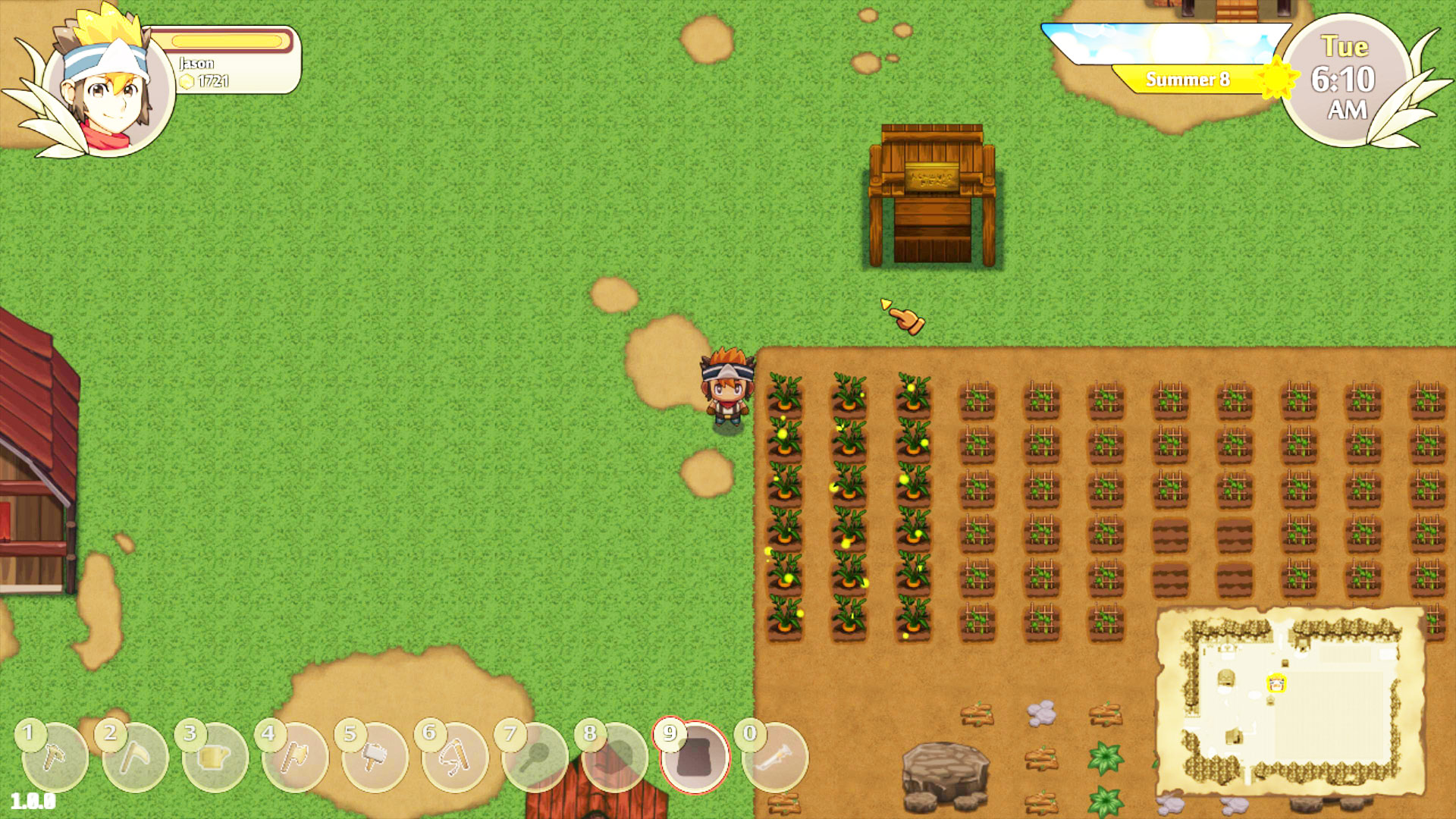 I quite enjoyed the many intense hours of farming and searching for the truth in this first episode of Wild Season. I can't wait to see the future aspects of the title since this was just so intriguing and well done. There were some problems present in the game though nothing that hindered the experience and I did find that it might be too difficult for some to get into the title. It's definitely worth exploring and the narrative was just completely capturing for me as I played through it. The amount of gameplay provided in your playthrough will definitely be based on how you spend your time within a day as there are so many activities to participate in. I do however also wish they had an endless mode of sorts since the game just ends once a certain events come into play and then a sneak peak for the next part. By the end of my playthrough I definitely suggest this out for fans of Harvest Moon, farm simulator loving folks or just in general as it was quite interesting.