Tennis in the Face Review

"Balls to the Face"

The name for the game certainly sparked my attention having never previously heard of the title and I decided to check it out. Upon playing I actually did have a fairly good time with it and thought I might as well review the game. This is Tennis in the Face where this tennis player is out take revenge on all sorts of people. The game is based around a series of levels with each being a similar environment, yet with the setup of the levels being changed. The goal of each level is to take out all the enemies present with the limited amount of balls you have available. These can also vary to a degree as some more show up over time. The better you do, the more score that's unlocked and there's also stars present if the level is passed in perfection. Passing so many levels in this regard is actually required to progress through the metro, though I never really had much of a problem attaining that just by playing everything present within the squares. There's some variation between levels as things get more difficult and the terrain gets switched around though it still does somewhat get a tad stale later on. This mostly being by the enemies repeating within their areas and the levels just facing slight switches though there's much gameplay present in the campaign.

Comparing this directly to Angry Birds the levels have a similar layout with the tennis player aiming around as shown in the image below and then letting it fly around. The balls bounce like crazy around the arena though you'll need to pick the right spots in order to get the hits just right. The goal is to take out all the enemies present within the levels by having the ball hit them, TNT explode around them or objects being knocked on them. It's a simple mechanics game where this works out well for it and it's also quite funny as well. 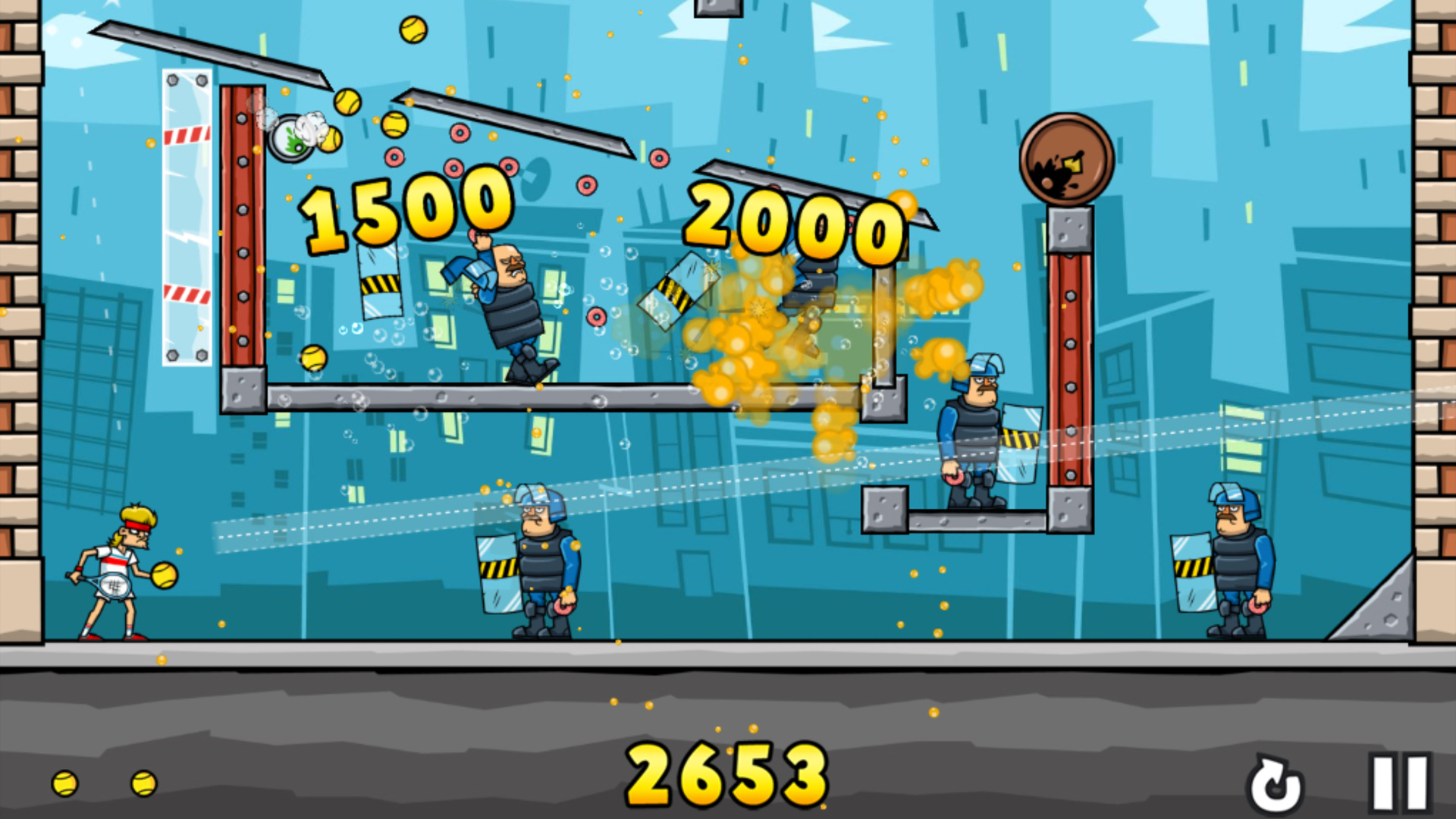 I did find there to be great value within Tennis in the Face from the amount of content present to the generally funny gameplay found throughout. There was some repetition when playing the later levels, but it generally does a great job of continuously mixing up the levels. It's got great and simplistic controls that can be easily compared to Angry Birds which works out fairly well on PC. Overall an interesting title that brings good value, comedy and some interesting physics based destruction into play.

Tennis in the Face for PC
Review code provided by 10Tons