"Bocce to the Extreme"

I played Bocce a bit when I was younger with the family as it was a fairly simple then to setup while still being a somewhat fun activity. It required some sort of coordination and skill, though mostly for fun. With Bocce Revolution it takes that concept to the big leagues placing the game in stadium like environments in both style and audio commentary. While it certainly isn't the most beautiful game to look at it certainly gets the physics system down and has a strong based of gameplay. At first I was just laughing at the title, but quickly learned just how in-depth it was to actually play the game. Still, there isn't a ton to the game as it just has single match, tournament match or local multiplayer. I'm not complaining as I'm unsure what else you could place within this sort of game, but that's the core experience. Within matches you take turns rolling the balls in an attempt to get closer to the small goal ball than your opponent. There's a number of ways to get this done from precision shots to strength shots and even more tweaks within those options. Once that's set you'll need to aim the shot and power it to just the right degree in order to pull off your shot. It can actually get rather tense in these moments as any shot could cost you the game.

Like mentioned above the graphics really aren't that great, but they're not exactly terrible either. The crowd is present though they're just stiff characters of to the side and it would be nice for slight movement or better audio reaction from them. The court itself seems styled well, though could have perhaps used some better textures as well. When it comes to taking shots I have to say they nailed the system for measurement and aiming as it works incredibly great along with providing exact shot accuracy if setup properly. The aftermath of shots is also great giving in-game measurements of where balls were sent off which is a nice touch. Aside from that you can also watch a replay of the previous shot or save it for later viewing as well. 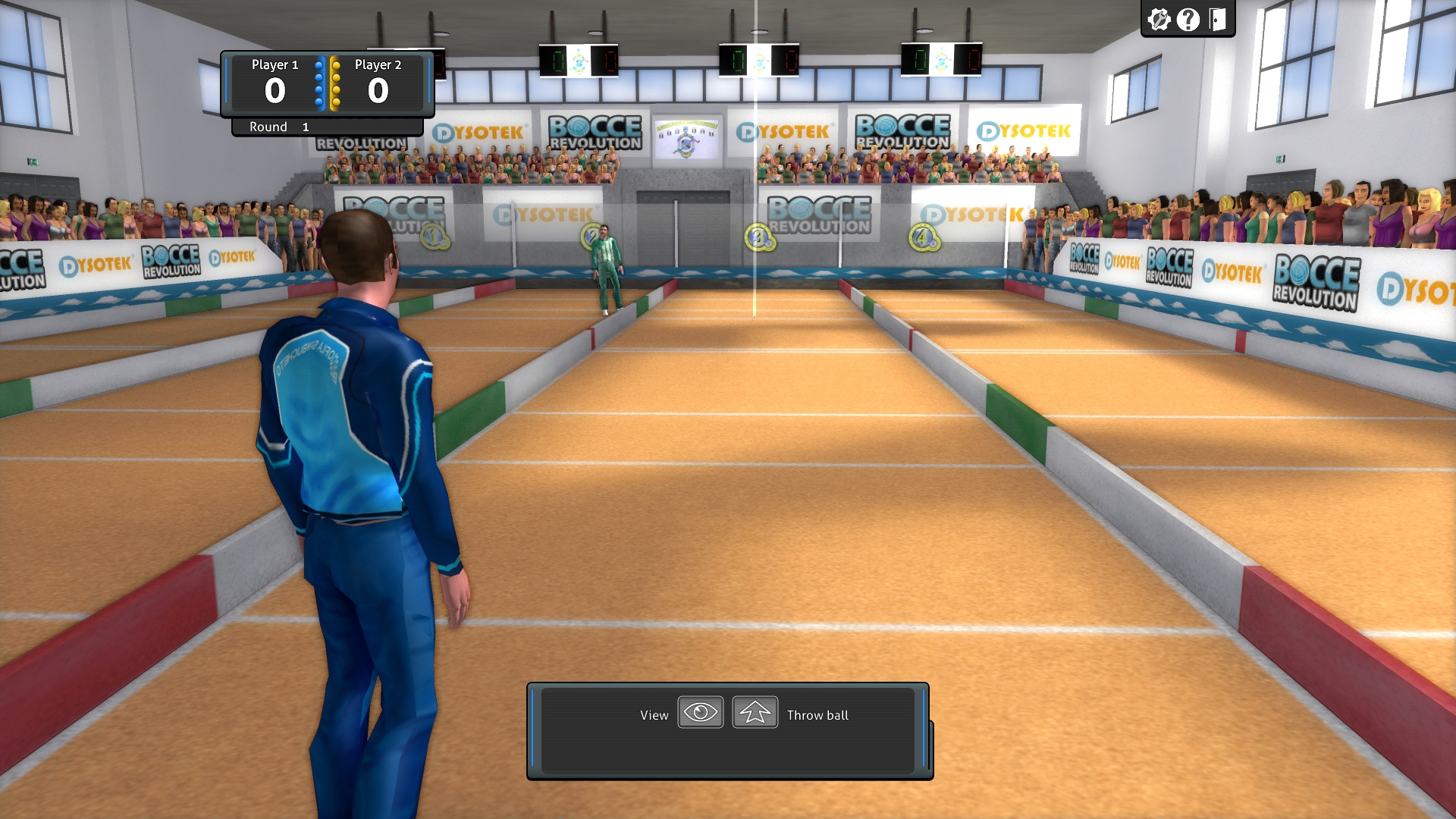 Bocce Revolution nails Bocce in terms of getting the base physics down and actually making a game for the activity which I never would have even thought of. The graphics aren't great, yet the gameplay itself is a solid representation of Bocce. If you enjoy playing the game, then this is the perfect setup for you. The options to play against the AI or a real local friend are also present within the game though I did find the AI to be challenging. If you like Bocce and want a simulation this is the best out there for sure. It's also a great place for the developers to build from as the core mechanics are perfectly well done.