Gladiators is a game of combat back in the glory days of the arena pitting two warriors against one another. The game is mainly focused around running a stable of combatants in order to battle in the arena against other gladiators rather that be in the form of an AI or real player enemy. There was actually some depth in the ways you could manage your troops, but the actual gameplay itself is painful to say the least. Pitting two gladiators against each other the game is basically becomes a turn based combat game where you just click space over and over. Sure some other buttons come into play later, but the game is just stale. If you attempt to move anywhere around within the space you get teleported back into a starting space so the game might as well be static at that point. The enemies you fight also don't seem to have much life to them either as they just stand there slicing at you or poking in your direction with their trident if they happen to have it. Movement is to a minimum and the whole combat system just seems barren which is supposed to be the center focus of the game.

After battles you'll need to tend to the wounds of your gladiator so this will require some treatments which take a certain amount of time unless coins are used. This is of course a free to play experience so there are many things you can spend the earned points on. Some key things to spend coins on aside from healing or relaxing moments that are also available you can buy pieces of armor, weapons and other quick paced unlocks like training. Despite being given a good starting grace of points I could see the coins being spent in a good pace so grinding may be needed to succeed or a lot of waiting will be necessary. I know with free to play games they need to make purchases through microtransactions yet I feel the better funded players have a huge advantage over any of the competition they come across online against players. On the other side of that the prices seem comparable to similar free to play games.

The graphics leave much to be desired in terms of general look and the arena of combat. It's not a particularly styled game though it does at times capture that brutal feel of the arena. Combat is weak counting on a couple keys with some more being unlocked as the gladiators level up over time and grow more skills. The system of battle is like I said an odd turn based with a weak defense setup and clunky hit system. The weapons never really line up and it gets really glitchy whenever players move around with the game weirdly resetting itself. While it does have some great gladiator managing areas the actual theater of combat is beyond poorly done. There are many moments of waiting present within the game so be prepared for that as it takes time for healing or waiting for more combat. I actually found it weird that I needed to wait to search for an AI battle which was odd. 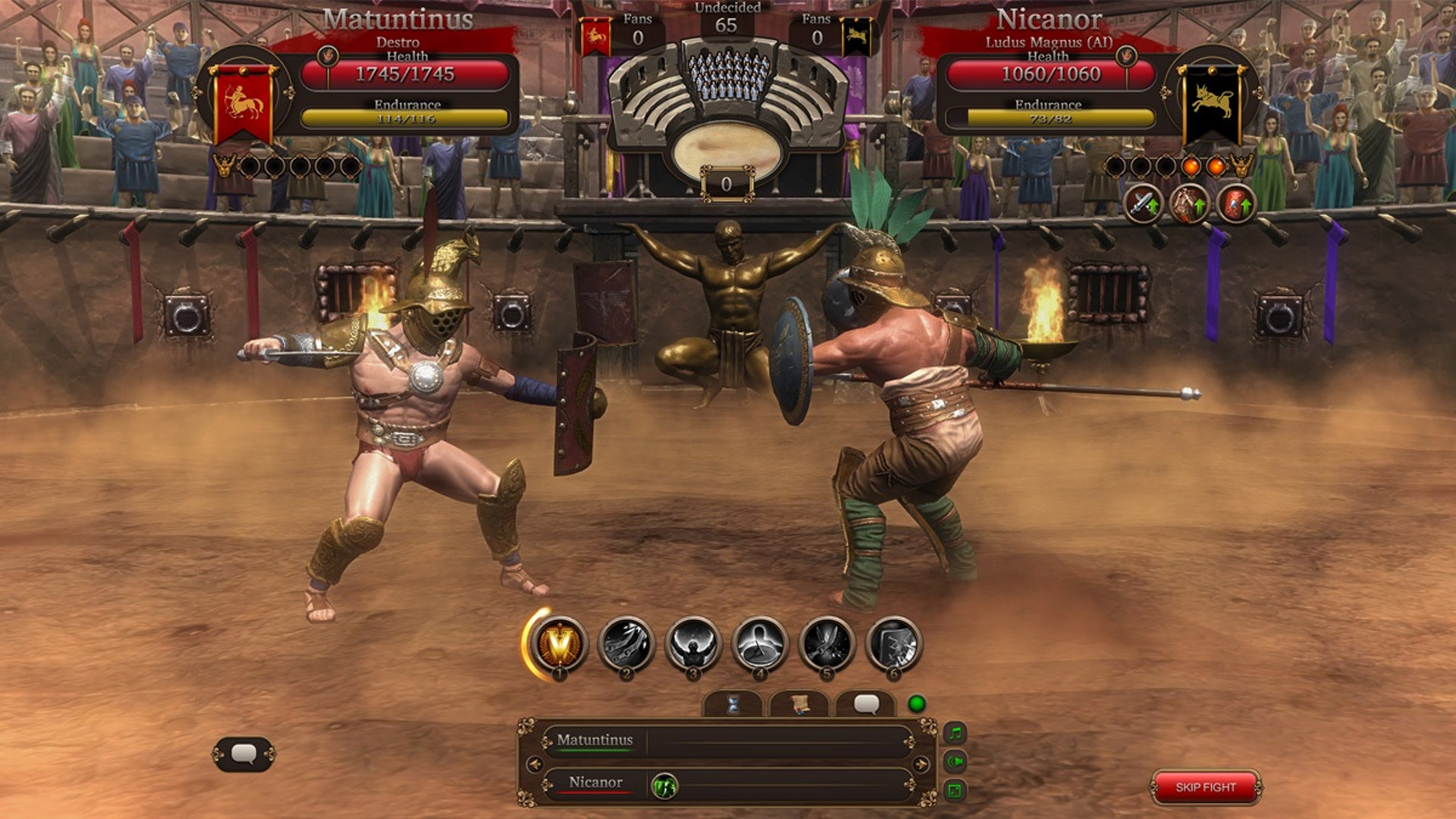 Gladiators: Death before Dishonor is a very broken game that has some promising elements though these are largely hidden behind the disgusting combat. After a few matches of selecting contracts for combat I would look away from the screen while just occasionally tapping the space bar along with whatever power-up was present at the time. While it was great to be superior and with my granted bonus gladiator I was it just seemed very one sided towards that have spent much time with the game or paid money and newcomers will have great difficulty getting into the mix. It feels like a title that would be better suited for the mobile space where it would be an alright title whereas on PC it's very poor. I did honestly find the management system interesting to some degree, but the combat is such a mess and a complete turn off.