I followed Warhammer a bit when I was younger and played a couple of the video game versions of 40k as well. Always was fonder of the Warhammer 40k series since I thought the whole space scenarios were much more interesting, at least to me. With Deathwatch we have this group of badass massive marines that are on the role to battling the Tyranid. This roles out across multiple acts of the campaign which also have many levels within them. The game is simplistic in that it's a turned based game where the marines have so much stamina to them in order to do things including firing and shooting. You move around troops or take out enemies and then once you're exhausted the AI returns to the fire. It's rather simple of a concept which many will enjoy, but it also does a great job in mixing the formula up. Levels were constantly different and unique within the environments along with the objectives that came into play. Some levels you were simply clearing hives, some had you detonating positions and others had you defend key points. This was constantly mixed up while playing and objectives never really felt the same which is good. There isn't a whole lot of story present within the game which is good considering the Warhammer series may be hard for some to follow or they just want a good turned based game to play. Deathwatch also had some neat features to the side of the campaign including the equipping of troops and a card based reward system. Through completing acts you would be given a pack of items to make your troops stronger or with the selling of weapons you could also get enough points to buy more card packs. This made things more personal for the troops and they looked even more badass as the better weapons began to show up.

I ran the game in 4K with maxed out settings and it looked really good. The worlds and environments had great details to them with well thought out tile placements. The turned based system was also well done in a fair way for the player and the AI creatures they battle against. It actually took some decent planning and strategy to move through levels which was great. I did find the enemies got sometimes repetitive as it was mostly the base foot soldier, but those higher up enemies were getting quite strong. As far as gameplay goes I felt everything ran smoothly, it was rather simplistic which is important for turn based and it also looked good as well. 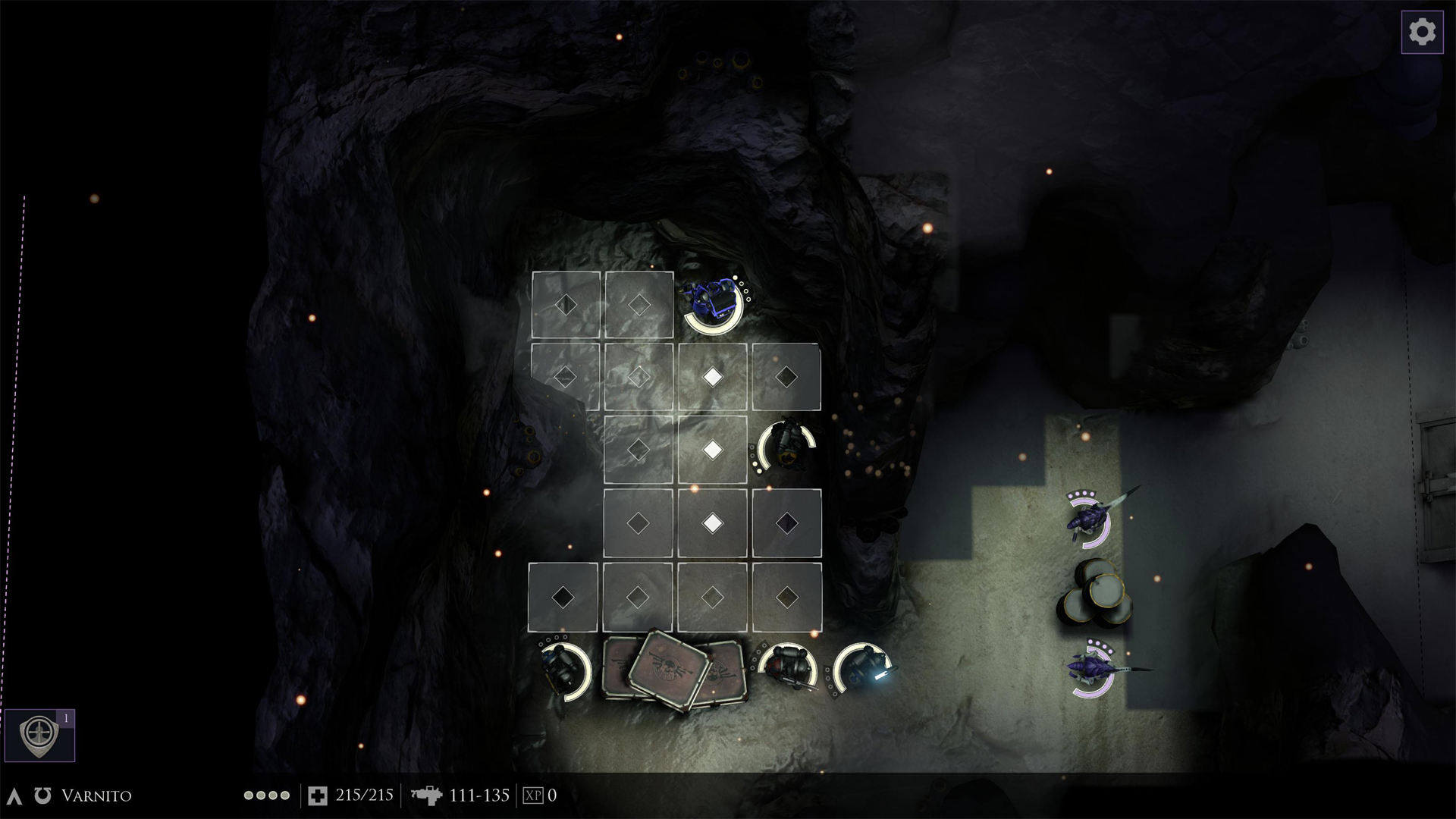 Warhammer 40k Deathwatch was a great time for me and nice strategic turned based game to play. I felt it captures the Warhammer 40k universe well and doesn't stretch out a story that may make it hard for people to get into the game. Everything was balanced well with many strategic options when moving along the titles and guns themselves were fun to watch fire. Have to watch out for the flamethrower though as I did crisp a couple of my team members with it. I also liked the use of the card system which I normally don't care for in games, but found it to be well done here. It's a solid campaign set up, would have preferred some additional modes though still a solid well done strategy game.