Despite owning a variety of pets and interacting with many over my life as I'm sure many have, my definite favorite is Guinea Pigs. These creatures can be quite smart and are definitely entertaining in a day to day basis. These animals also seem to get snubbed when it comes to appearing within video games, so when I saw Scott in Space I wanted to check it out. This is a space focused adventure where the planet of New New Guinea gets attacked by Rhinos and it's up to Scott to stop them. The game is a 2D platformer which involves multiple levels of movements and things to do within the levels. It starts off simple enough so that you can learn the game and then actually adds a bit of depth to it. While it's not the most amazing or in-depth game it would be a great game for younger individuals and has some unique concepts. After collecting some parts you'll move onto finding lost comrades along the cosmos with the level selection done with a ship flying sequence. It's neat to control this small ship and fly towards the next planet in order to continue the mission or explore past areas. It also has a sort of Mass Effect like vibe to it actually, though obviously not as detailed in story. I also quite liked the side of comedy that was present within dialogue starting right from the first guinea meeting as posted below. There were definitely some chuckles and the game was very light in mood. I also did enjoy the variety of envionments presented across the planets and levels you visit.

The game looks incredibly average to be honest, though some of the environments did some nice pieces of artwork attached to them. Levels are fairly basic and wish there was something more to the detail of the platform areas, though there was a good deal of variation in collecting things. That created choices when moving across the level and there were hidden things to collect as well. I did have some issues with keyboard commands not working at times which required my to reset the game and sometimes controls just didn't react well. It also would have been better to get a loading screen instead of having a white screen since I initially thought it crashed or something. Also felt that levels should just reset to the start when dying instead of appearing in space to re-load. Animations were also a tad too looped within the game, though not too many will care about that aspect. Also to build on that the enemy paths were also just a bit too simplistic since their paths were easily noted and mostly just circles. Levels weren't too difficult, though it could get annoying at times to restart entire areas, but the health system was handled well enough. 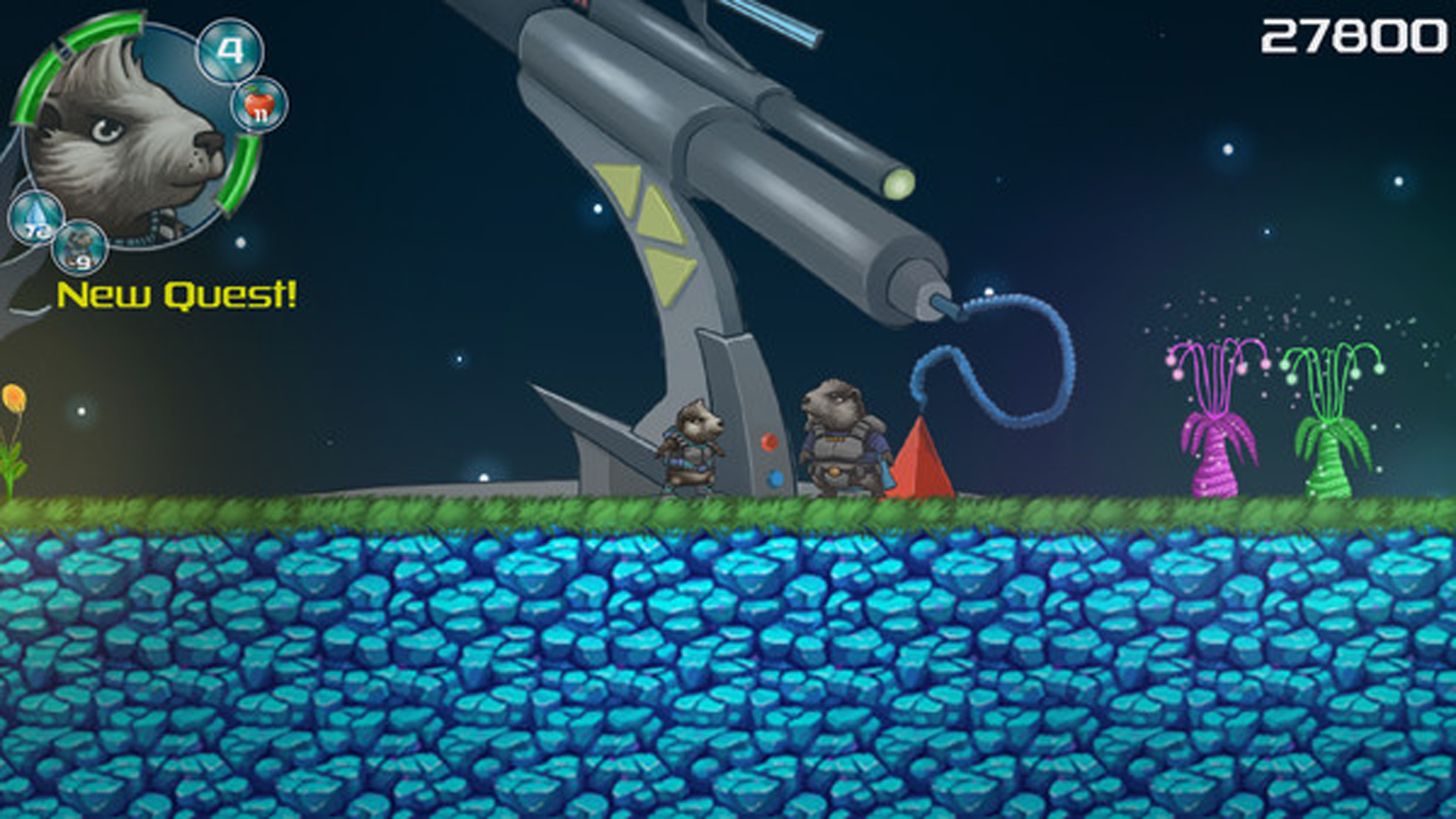 I have had a fair bit of criticisms for the title, but overall I did enjoy playing it. There was a certain charm to the story and some great hilarity within it. The game will also provide many hours of gameplay as you move across the platforming areas and planets to save your friends. For the price point and target audience this is definitely an appealing title for those individuals. I must also note once more that this is a fairly basic platforming title that has some moments of higher difficulty, just for those that look into that sort of thing. It was nice to see a guinea pig game and that Scott was a real tough looking piggy. Also loved the names of his friends and the comments around that, definitely got a good laugh there.