Euclidean is a horror themed game that has you trapped in this space of water as you float downwards in an attempt to reach these teleporting structures. The premise is actually quite neat and the world itself is a beautiful thing to look at it. It also features VR support which is where I think the game would be at its strongest. I however played in the regular format as many gamers will since VR is not widespread at this point in time and it's hard to get the same experience as you would in that format. Split into a number of levels with each continuing that water theme and the thought of not being here it's largely more of the same. I actually finished the first half of the game with minimal deaths if dying at all in about fifteen minutes. From there it stretched on a bit more for time though honestly I got really bored with things and just stopped. It's another one of those it will kill you hardcore type games though it really isn't. Death wasn't difficult, it just sort of happened while floating and was more of an inconvenience then anything. I say that in the sense that the thought of floating slowly down this environment again was unappealing since it was boring. This was slightly disappointing as I almost always enjoy the more visual and cinematic styled games where this one just didn't have enough excitement or wonder.

Things are relatively simple with this title as you just use the arrow keys to move you around and a phase button which really didn't do anything. The concept behind that one is to save you by phasing the place to escape an enemy though I used it more as a thing to help me see. The world is also quite dark which helps build that horror feeling they were attempting, but nothing actually was scary of the sense. There are some flashes of that go on in there and some weird lighting spectacles though still very dark. The enemies and environmental structures are basic shapes which were neat, but they just cycle around so nothing special there. I did find that skeleton body you had when looking down was neat, but again something that makes more sense for VR. 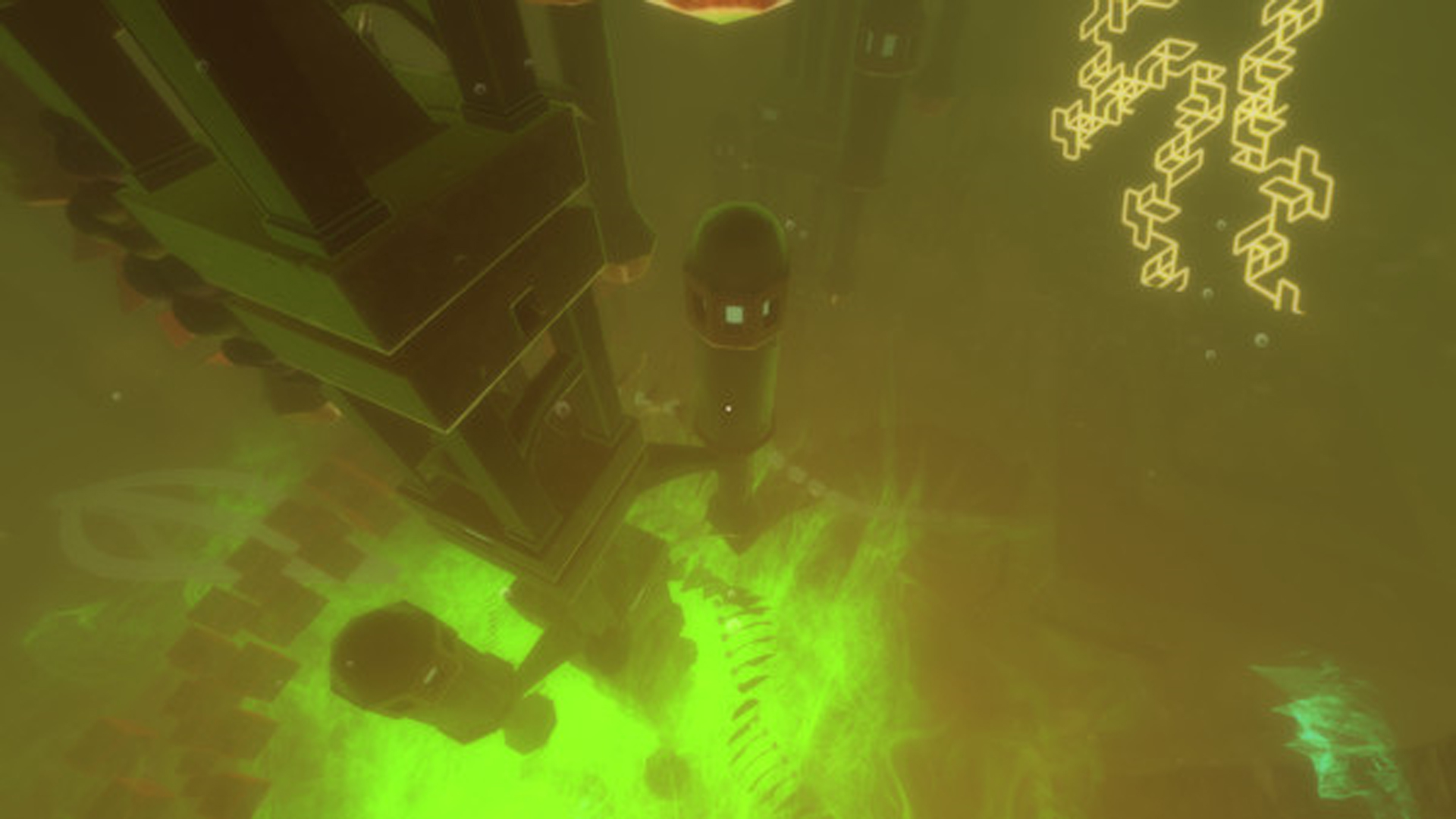 While Euclidean was a neat game in terms of the world and the immersion it was ultimately too slow of a title to really be anything more. The speed created a high level of boredom I rarely face when playing games which is disappointing and it wasn't a horror game or the hardcore title I was told before playing it. When death is billed as something that happens, I just be trying to escape death. In this title I was more worried about having to float down again then caring if I hit a difficult portion, it was just agonizing to float slowly in the same spaces. That's why ultimately Euclidean just didn't come together as proper title for me, but do note that it would be quite something visually to see in VR.