Skyshine's Bedlam was my top pick at E3 for the PC platform and since then I've been eagerly awaiting its release. The game is focused around the control and protection of this massive dozer. Starting out as the human race you're sent out in the harsh environment that is Bedlam in search of the ancient Aztec city. This place has been rumored to be a utopia and your group of people's salvation in this apocalyptic environment. The game is presented through a large scale board of Bedlam and you pick the paths your dozer progresses through. These paths wind, curve and bring a number of bonus options into effect. There are main hubs you visit along the path though there are also optional exclamation points that appear on occasion. Clicking these will bring forth a random event shown in text and it will directly affect the entire dozer. Some points could be cyborg attacks, others a friendly trader or even a strange robotic priest statue event. Most are entertaining and others can drive you mad as another mutant strike hits home. Moving across these points of the board also take a cost to the dozer as it costs crude; food, energy cells sometimes passengers if you choose certain spots. Some events, or well most directly take you into combat scenarios though I'm going to save that for the gameplay section below. I wanted to cover difficulty which is something this game has extremely amped up since E3 and it's rough. It's less of a tactical difficulty game and more of less just trying to brutally slaughter you. At first it was tough and then I got a tad better at picking formations or areas, but it still doesn't give much lenience to you. I feel that this is a good warning for those that wanted something easy going or are not up to the intense difficulty present.

As with my quoted title at the top this game is definitely of Mad Max style with a beautiful desert apocalypse going on. Throughout your ventures you'll see a number of locations within the environment from general movement or mostly in combat. When getting into battle which happens all too often you get thrown into this tense mini square based system. Moves are done with a turn base style and each side gets two moves. This is a done with a combination of moving and shooting, you can one of both or a mix of the two. In the area teams are randomly placed which can create quick deaths and there are also extra resources lying around you can grab. Your soldiers do little damage so placement and use of cover is important. You can almost just consider snipers as a dead unit off the bat and runners are more for protection then running. It's key to learn your key enemies so understand movement, their ability to hit certain spots and which bosses are insta-kill. Every single run at this will cost lives and it's hard to get more units to join your team. I largely liked the combat, but found it unfair in the random spawning and that enemies could output more damage than your units. 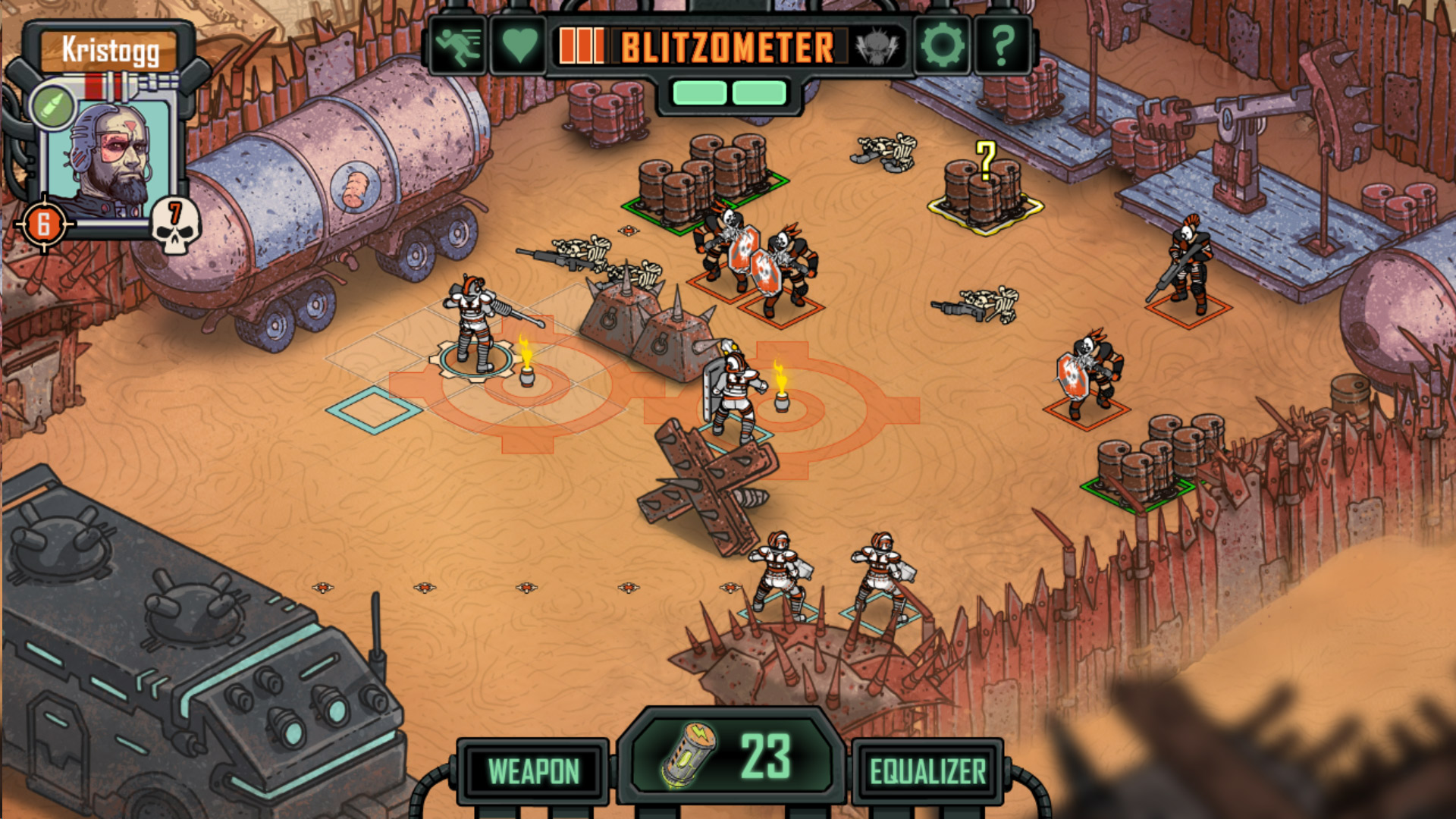 After E3 I had this picked out as a favorite for my PC pick of the year though it wasn't quite what I played there. I found some of the events that take place to be repetitive over hours of play and the difficult was disappointing. Should have been balanced better to give you a chance out there as it was very rare that I even made it close to the end. Even playing on easy difficulty once I barely made it to the end of the run and just went back to normal since that's what most would do. The combat was great in my opinion and could be better with some minor tweaks. Skyshine's Bedlam has a great look, feel and combat though it wasn't quite the game I had anticipated. Despite this it's a still a stellar and neat game out in the PC space, definitely worth checking out.