Welcome to a playground of ravaged lands, literally everyone of the maps within the game is built around a destroyed landmark. From the sand sunken Statue of Liberty to a looming Golden Gate Bridge. There is of course a variety of maps with differing environments that I thought to be focused towards either sand or snow. Of course this being a constant online game there is are difference sizes of maps from just absolutely massive filled with vehicles or smaller maps based around quicker personal combat. The game performs well on all the sizes making sure vehicles are placed well within each of the maps that use them. I will also comment that there is just a nice constant glare which makes the already incredibly beautiful environments that much more shiny. There are a variety of ways to play these maps, first off you select your class which each have different guns and styles. You might choose a sniper or perhaps run around wildly with a rocket. Should definitely adjust your style based on the map, it is also noted there is bullet drop on some weapons, so no the rocket will not fly fully across the map. Each class also has other items with a few cool melee options, spiked bat is still my personal favorite. Should be noted that classes have different weapons also based on what side they are on. Anyways, from there we move onto using vehicles which are available in good amounts and vary in all sorts of craft, from choppers to intense dune buggies or even a miniature atv. Vehicles come in handy the most whenever capturing the gas cans on resource capture. The game modes are focused around either capturing canisters or you could say a resource, while also attempting to capture flagged positions or just capturing positions. It really doesn’t matter because there is tons of chaos to be had all around. 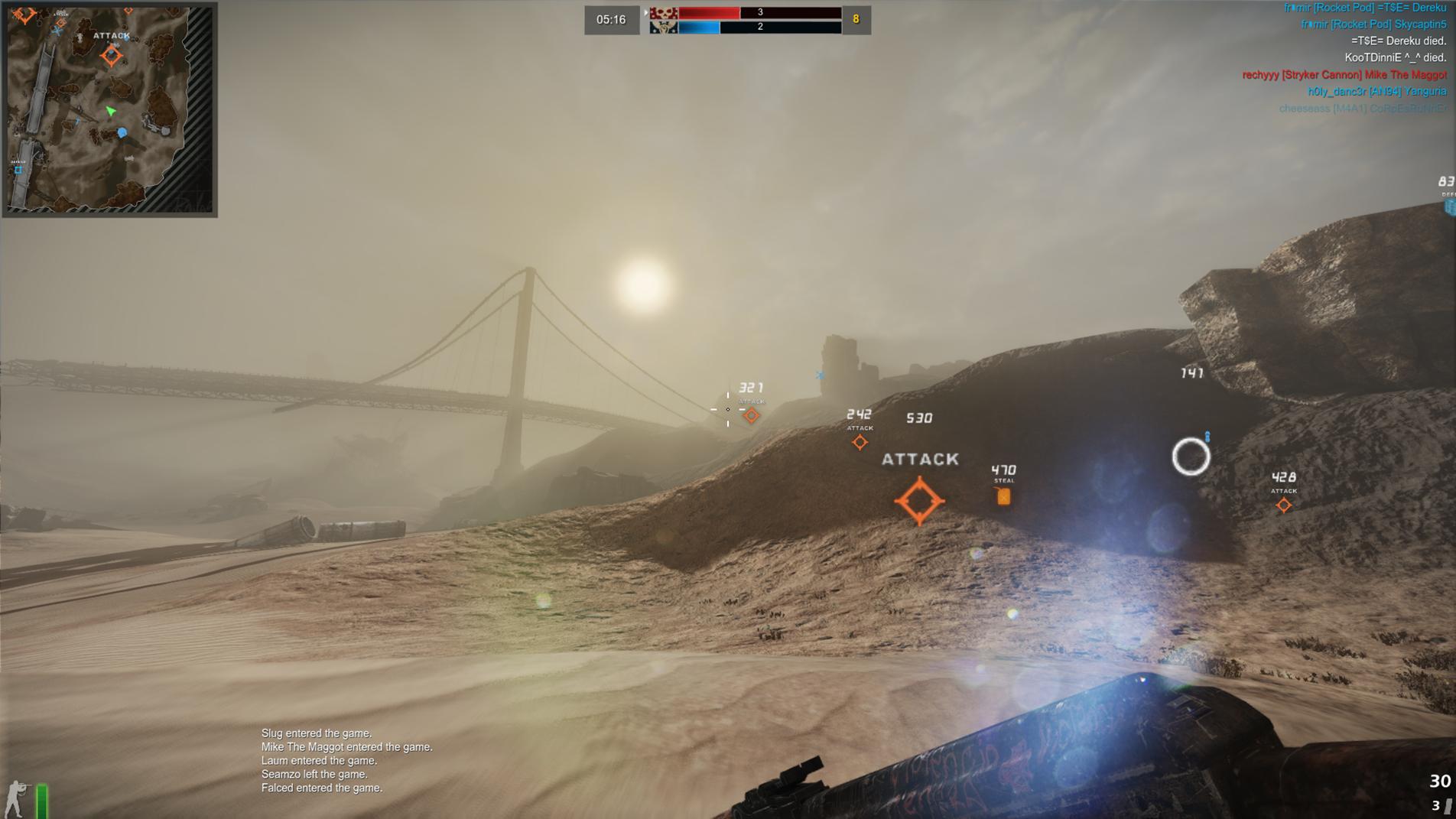 The graphics as you can tell from the pictures are very beautiful and constantly just have this special glow to them. The game runs well with a controller layout I can’t complain about, the game feels well balanced and has a very community focused team, so any problems will be looked after. There is a nice variety in the guns which all shoot differently and have a special style to them. Aside from the core of the game, there is also some fun additions like splattering folks with guts flying about or destroying an enemy and giving the finger, fun things! 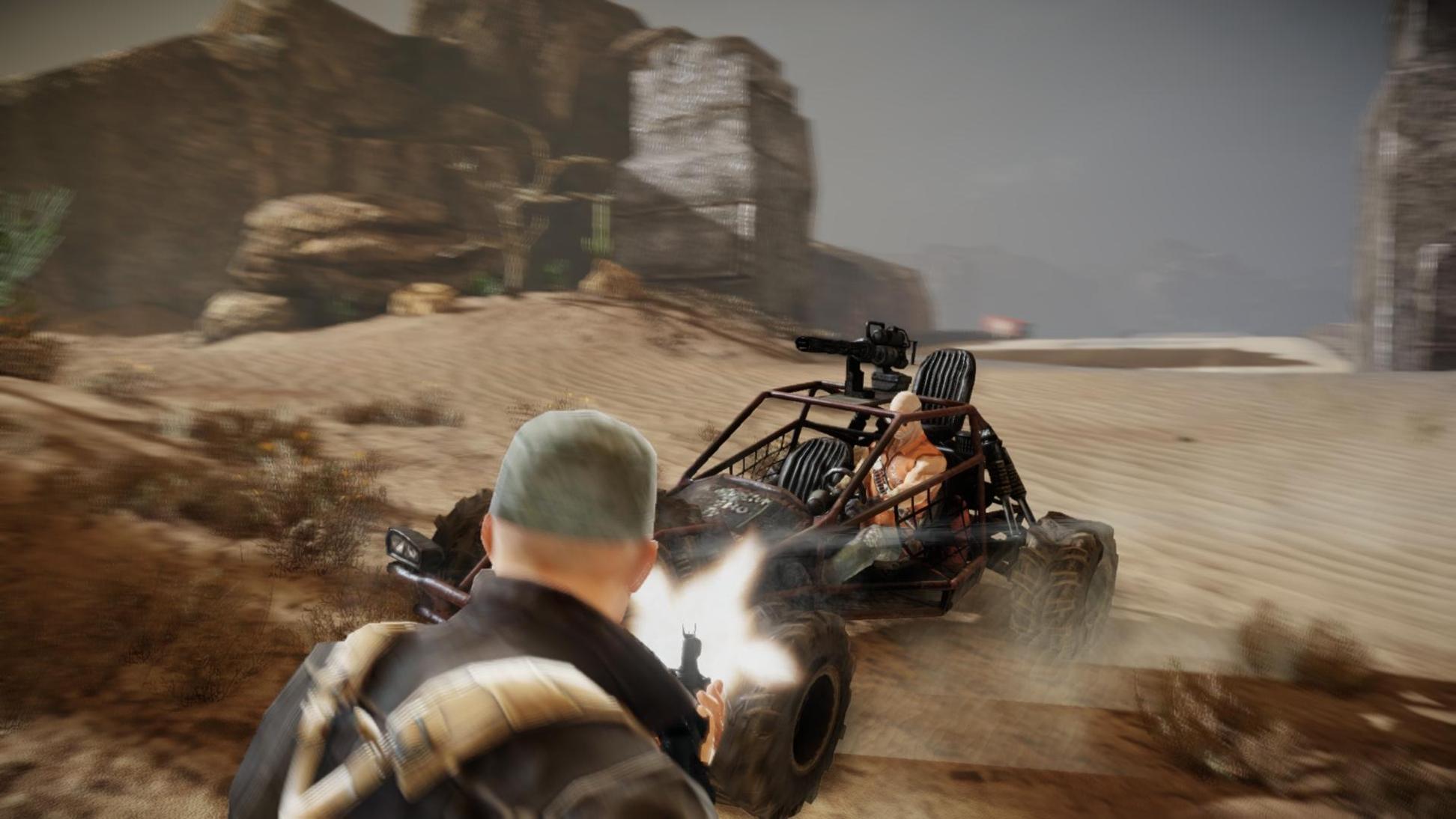 Ravaged is the perfect multiplayer mix of large scale combat, yet with smaller personal battles constantly going on. Play by yourself in the battle or sync up into parties to slaughter the enemies. Roll around the ravaged lands driving by or through destroyed landmarks capturing resources or duking it out with anyone you can find. It really is a great looking and playing game, with features I felt were stylized after Borderlands if it had Battlefield mechanics. The developers are really focused on community compared to other titles and will fully support the game, definitely worth a try. 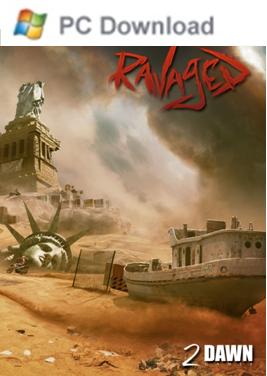