I originally played Fight the Dragon awhile back in order to write about its early access and was quite happy with the progress it was making then. Steam lacks an alert system for early access so surprise, the game launched awhile back also without me knowing about it as most early access seem to take years to finish. Fight the Dragon is a continuous ever expanding dungeon crawling game built off of custom made maps from the developers and the community. This keeps things fresh and always mixes up the content for you while pillaging the landscape. It's also a quite block styled game with graphics that I did enjoy for their charm. I did however expect a bit more expansion on the title as it looks fairly much the exact same as it did when I wrote my original article just under a year ago. It must have been given updates more focused on refining and building areas which were turned off. So once more at the main focus we have the campaign area which can be played with friends online where you battle it out in an expanding grid of areas. Once in these areas you take out enemies, collect various items to fix up your character and try to make it out alive. There's also the level creator which is very simple to use, yet very powerful as you create whatever sort of environment or mini tale you want. I liked this aspect as it gave an extra dimension to making the game feel more personalized and even random. Finally we have the dragon boss area where you get incinerated until you have enough stronger items to take him out.

Presented in a block style the artwork is actually quite nice and there's of course many options to customize your character. On top of that you collect loot in order to better your strengths and damage along with changing the armour appearance. In-game there's also potions to take advantage of which give you momentary boosts in combat which may very well give you the edge. The combat and movement system is very simple so there really is no issues for people wanting to play or hopping back into it. 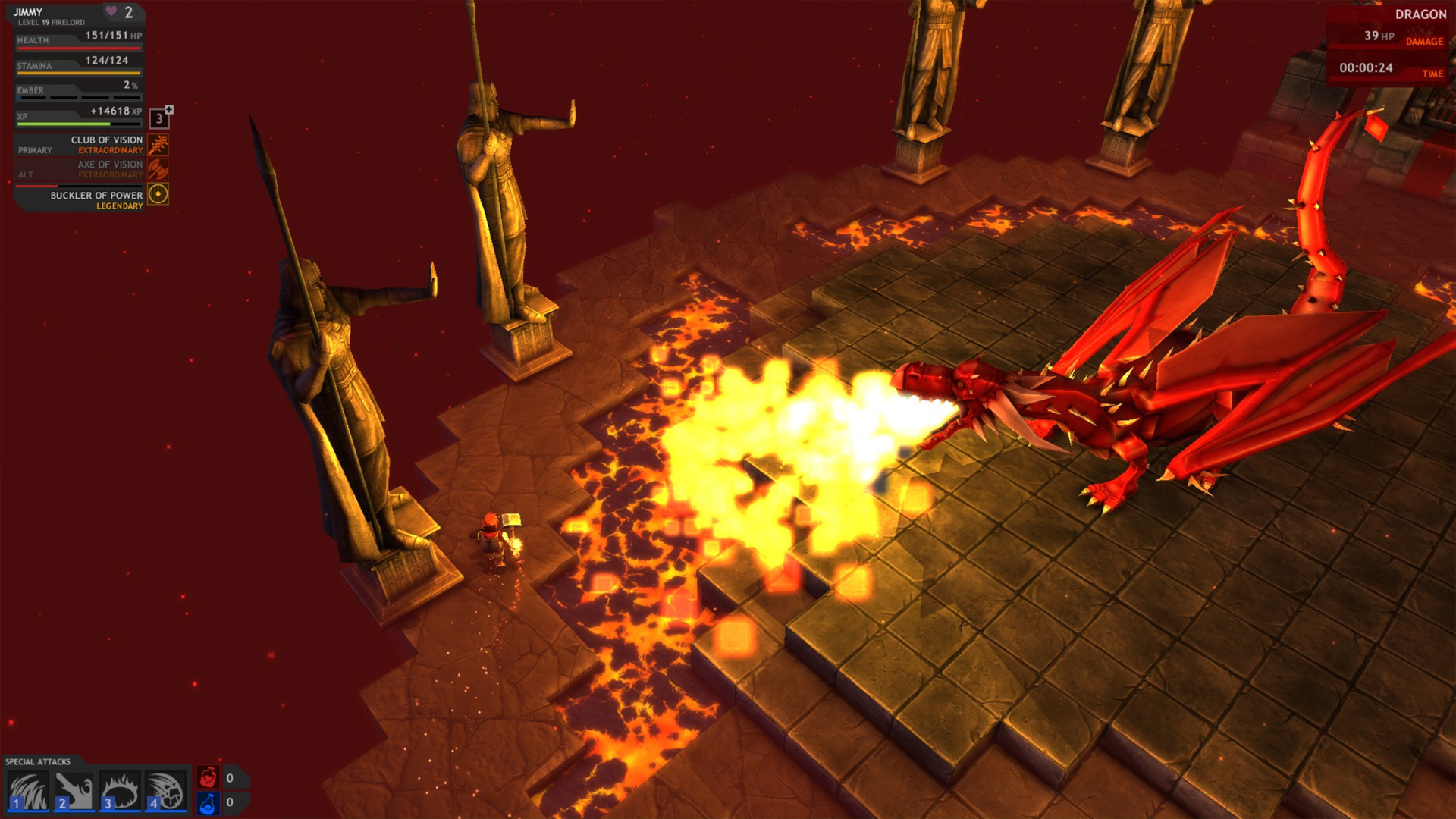 Fight the Dragon is a great dungeon crawling game with unlimited options for gameplay as long as the community supports it with new maps. There's so much room for new experiences and adventures by yourself or with friends. The art style is quite neat and I liked the options for customization which is why I originally sought out this title. Missions have a good and quick pace to them as you run through these various deathly areas. Definitely suggest checking this out if you're looking for something that's constantly fresh for you or if solid dungeon crawlers are your favorite.

Fight the Dragon for PC
Review code provided by 3 Sprockets