Supreme League of Patriots is a three party issue-sodic story that has us go through the journey of becoming a super hero in the most hilarious of ways. Being a regular and quite out of shape individual you will enter America's Got Superpowers in a bid to show the world what you have got. This involves a number of precise tasks to performed throughout this point and click game. Visting a number of set locales certain missions will trigger further events. It would have been nice to have certain aspects carry over as each individual episode can be played by itself, though a certain amount of story will get left. Each of the three parts carries forth a certain aspect from the initial origin story, to gathering the supplies a hero needs with the final being a conclusive act. It all actually wraps together nicely with a decent story that's filled with a great, I would say dry sense of humor. The dynamics of becoming a super hero were interesting and Mel was a great sarcastic sidekick that always hung around through the progression.

The atmosphere and graphics were solid for the type of game while also being filled with lively items. It did seem a bit empty at times, though many point and click games go this way. The story was decent and I'm sure people won't have too much difficulty figuring out what to do as Mel definitely pushes suggestions. I did have some issues with item usage as mixing things wasn't quite clear. There was also a small issue of a laptop vanishing in issue three which was vital to playing on. There were also times of long dialogue which didn't help the pace which could have been quicker. 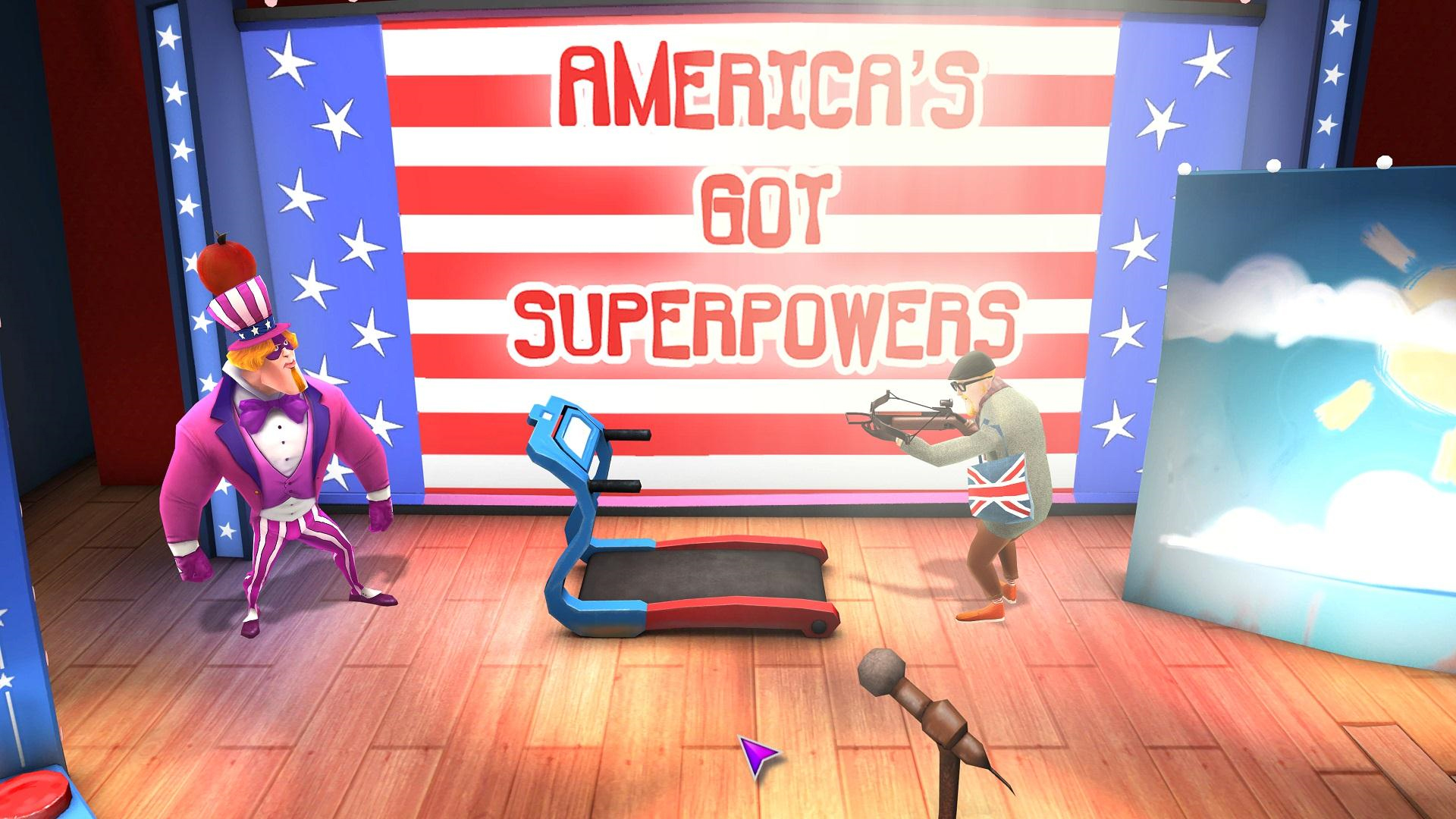 Issue 1: A Patriot is Born

This is the first act of the series presenting us with a background story and origin for the Purple Patriot. What starts off as a simple audition has us go about in regular life getting ready for this super hero audition. It's largely just a setup and introduction to various characters and that's fine. There really wasn't any issues in playing through this and finding out about how to win at the America's Got Super powers was hilarious.

After gaining enough head trauma over the last issue, the Purple Patriot has taken full grasp and become the main character. This second portion has us working on collecting everything that a typical super hero would need in order to become a legendary hero. This of course revolves around getting a license, cool hideout and a sweet ride.

The final issue in this pack or well season has us seeking out our very first super hero mission as the Purple Patriot. Starting off with a bank robbery things begin to escalate as there may be more to the scene than originally expected. Everything gets wrapped up here and the potential for a future season is definitely left open. 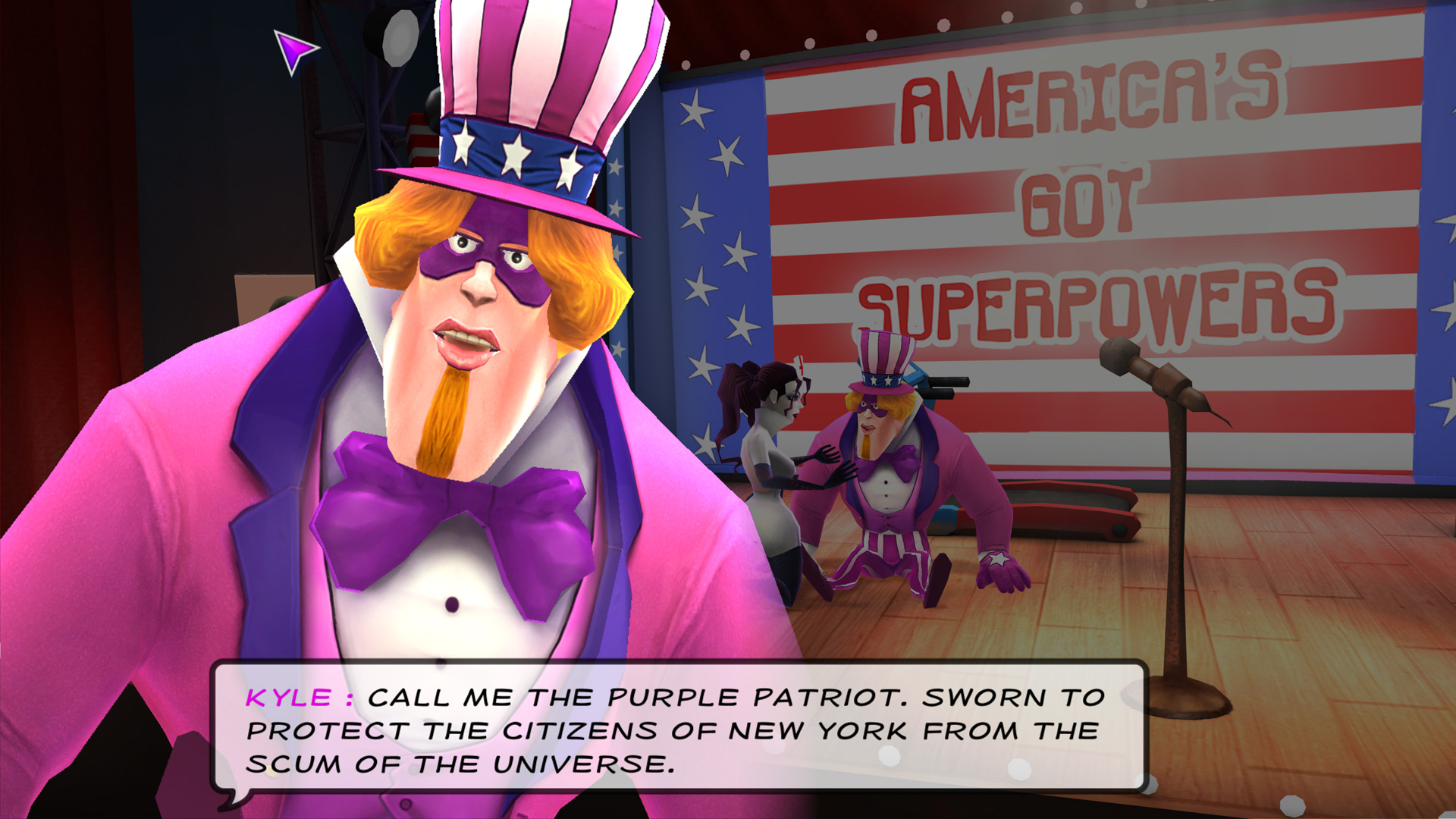 Supreme League of Patriots was an interesting comedy and made being a super hero something of a journey. It's weird that episodic or well issue was the style chosen as it could have worked well as a single story. That aside everything work smooth and I didn't have any huge issues that wrecked the experience, the game was also funny so that helped. Become the Purple Patriot as you evolve into a strange super hero surrounded by some weird people. For the price and amount of gameplay offered here the package is well worth checking out.