You awaken while adrift in a space station making its way towards Earth, though things are dark and it seems like you're up a bit ahead of time. It would also appear that things have not went well on this station as there are dead people all about and basically zombies wandering everywhere. Picking up a gun, go about on a series of missions as you blow away brains and unleash a sort of power strike to clear out groups of zombies at once. The graphics were beautiful which was somewhat of a surprise for me going into it since this was originally a mobile experience that was ported over to the PC. This usually translates into issues and graphics were even better than some of the PC focused games I've played in the past. I will comment that some elements to feel awkward and still retain a mobile style that I didn't like. This is in regards to collecting gold bars, money and the unlocking system which feels too mobile for me at times. There's actually a fair selection of weapons and each packs its own punch when it comes to taking out the various hordes. Additionally I found some levels to be rather difficult, yet I loved the challenge in finally clearing out all the zombies. The story was fairly decent and I did enjoy how in-depth it was despite being based off a mobile game. Aside from campaign there was also a survival mode where you go on as long as you can against hordes of zombies which was semi-interesting for awhile though they're based on various campaign sections. Finally there is a hazard mode having a set amount of waves with selected difficulty to earn some extra gold bars.

The play is solid and the controls work very well while being quite smooth when moving. The levels were also well designed keeping a scary tone and being narrow so you're forced to take on the upcoming force. Bits of zombie go flying in every direction with each individual shot which is rather great gore effects. This further cements the fantastic graphics which are just absolutely amazing and help to capture the dark atmosphere. Aside from that the levels are also filled with bonus tablets to find which give some story and secret areas that have some extra ammo of helpful tools. I also liked the opening lockers mechanic found in many levels which created a quick shake while still worrying about oncoming forces. 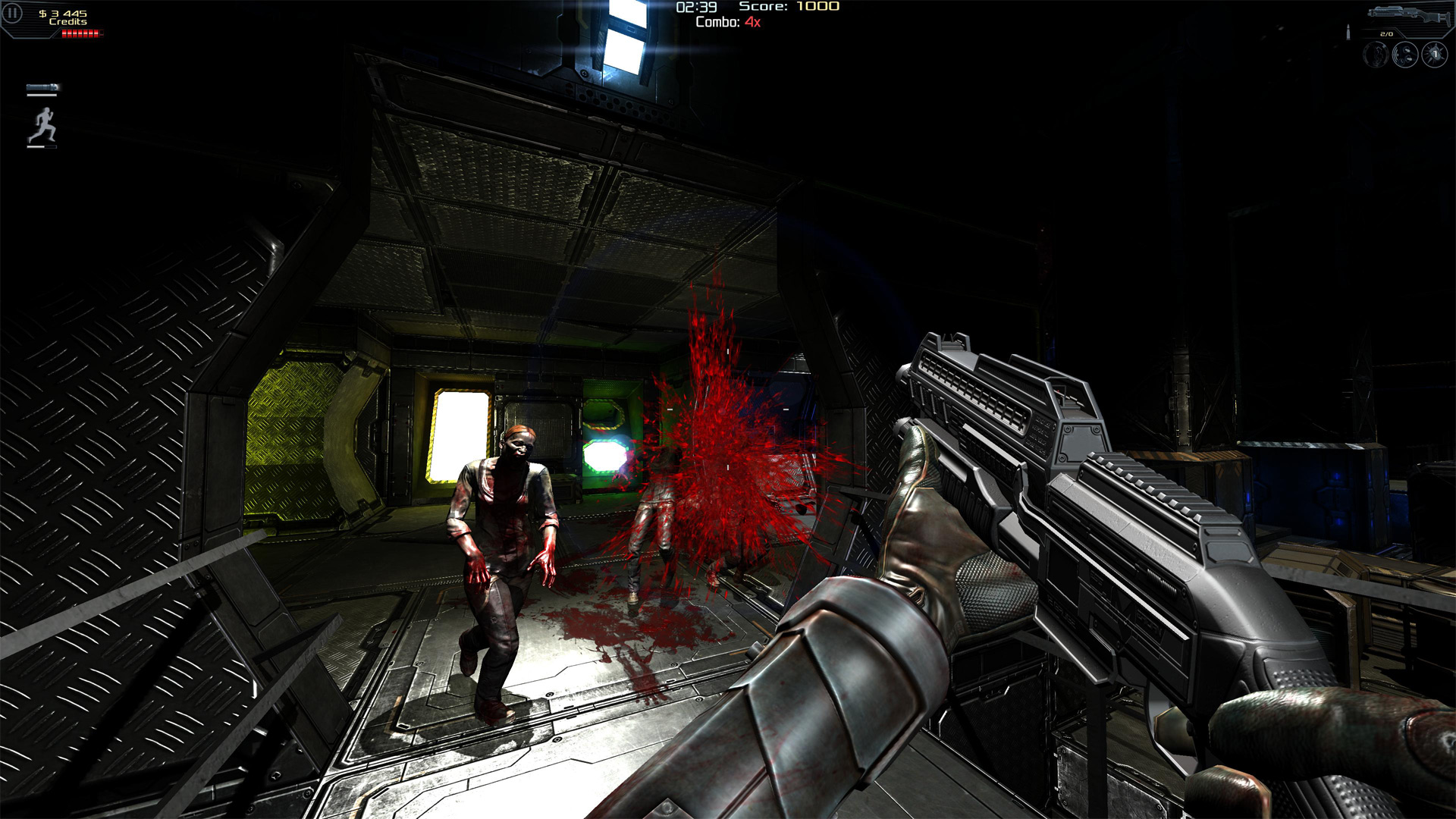 Dead Effect brings some solid gameplay with fantastic graphics and a campaign which gives a fair amount of gameplay time. It does at times feel like there are quite a few left over mobile style elements still present in the PC port. This really doesn't affect much in terms of the experience, just makes the upgrade system feel a bit awkward. There are also some side things to do aside from the main campaign which were alright to play for a bit, but won't hold your interested forever unless you're set on gaining some extra gold bars to assist in progression. For the price and quality of the game it's definitely worth checking out as you solidly explode zombies to bits around this darkened station.