"A Bit of Chalk everywhere"

Dokuro was originally released on a few other more mobile platforms, but now we have a nice PC version of the game to enjoy. When checking out the game when asked to review it I was immediately charmde by the weird set of graphics and was happy to check it out. Though the most immediate thing I noticed as that this seems like too much of a direct port which really harms the full potential of Dokuro. It only scales to full screen or a smaller windowed screen instead of adding selections and has some bad screen tearing. I'm running it in 4k glory in which it does look great, but the issues of this stretched resolution does ruin the beautiful graphics a bit. I also had issues learning the controls as I couldn't find them easily highlighted and when I did discover them they were quite awkward to use along with not being ideal. Onto the game which has us playing as this little skull minion whom is attempting to guide/save this princess that's sort of meandering about in this dungeon castle. This is achieved by pulling switches, taking out other evil enemies and even carrying her to safety. Now the small guy can't do that himself and must tranform into this ghostly charming prince. This comes into play many times as both version of this character can only handle certain occasions. While nothing was overly difficult in terms of puzzles, you may have to take a second in order to think them through at times. There's also a dynamic on top of this having you use chalk to modify the environmet and draw solutions. I realy liked this small, but great addition to the puzzle solving dyanmics. Finally you do this across a wide variety of levels as there's some great gameplay to be had.

Featuring a chalk world you that you move about in the graphics style is really great to look at and very unique. The puzzles were also interesting with nothing being too particularly annoying. The chalk aspect and playing with certain environmental factors was a well thought out aspect along with being well enjoyed. There were of course those graphics issues I talked about and the weird controls once more, but I tried not to let that ruin the experience as much as possible. Also the whole dynamic of switching between these personalities was interesting and worked well whenever it was called upon. 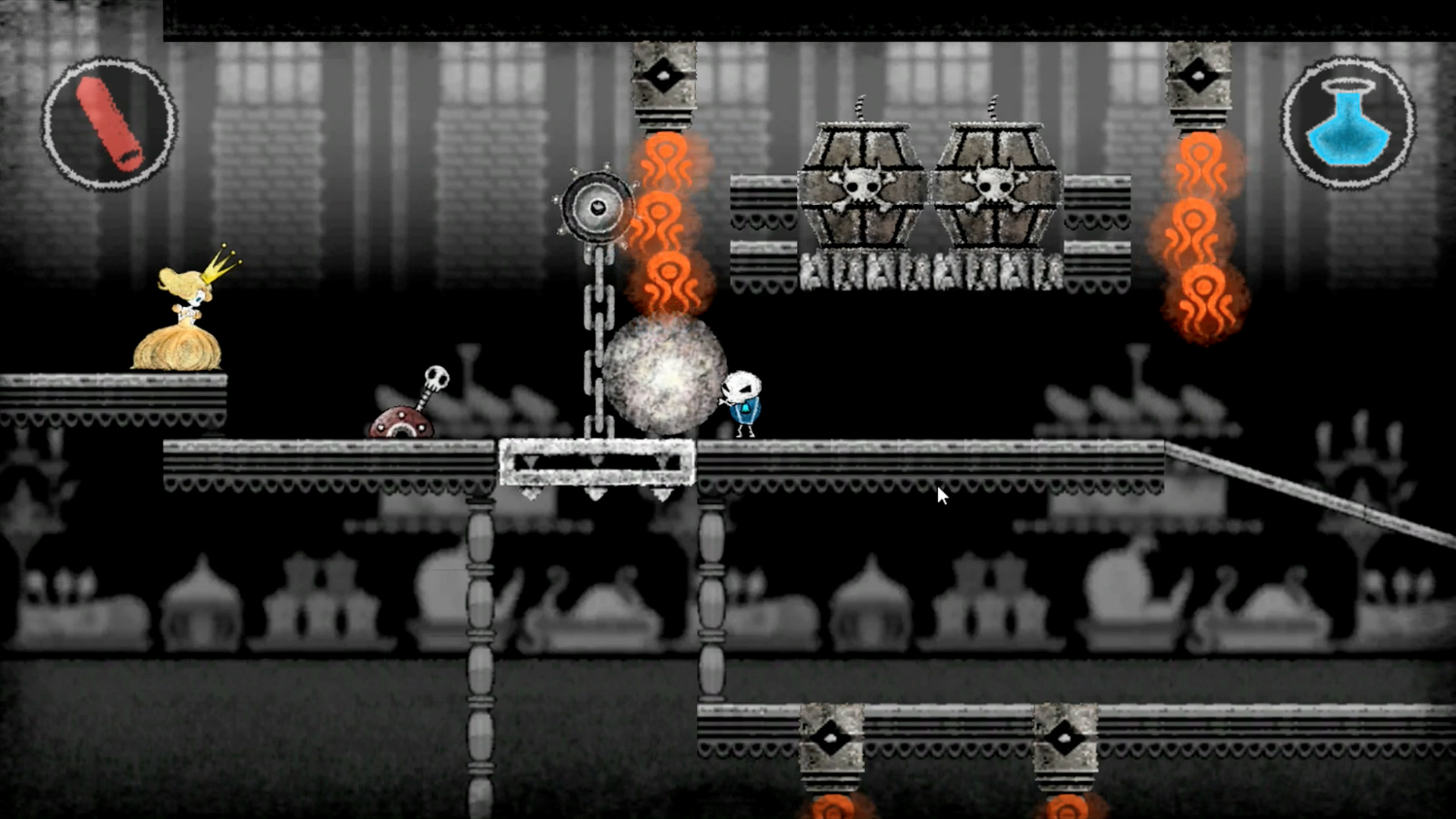 It's time to assist the princess in her quest as this great little skull character and make your way to the break flowers best of possible. The graphics and art style are just great in Dokuro which is slightly plagued by screen tears. The controls were also quite questionable and more time should have been spent making this feel like a more natural port for the PC. Still, the puzzles are interesting and world was a cool place to explore through.