"A Bit Too In-Depth"

The latest Witcher Adventure takes us into the land of table top games as this originally released board styled game has arrived for digital platforms so that the quest may rage on where ever. Now this is where we run into issues of this digital experience playing exactly like the actual board game which doesn't translate greatly onto the virtual space. Given a selected quest from the start of the game you go about completing your objectives in whichever way you want as other characters real or AI do their own quests. I don't get the feeling of much overlap or interaction as I just waited until the next turn came around which usually gave me some sort of plague or pestilence infection. Things were usually never cheerful after the first few turns when damage and skulls overwhelmed me from really doing anything despite my best efforts. There are many quests and things to achieve as you adventure, but I never did get the point of doing any of them. Roll some dice while hoping for the best and praying you had additional cards to assist as each match progressed. There are differing lengths of play to choose from, so your experience length varies on the time at hand when playing. As you tap your selected character about the board you travel to these locales and choose from a variety of options in how time will be spent while visiting. Perhaps investigate the terrain or heal up from anything, the choice is yours as you always must recall the overall card objective. That's the main just of how things roll out from that point and I definitely suggest checking out the tutorial before first play as it can be absolutely confusing to play at first.

The board looks great with some nice details and series authentic pieces. The pacing is alright, but I felt for a table top game that it's based off of there just wasn't any reason for interaction with others. Each player just went about doing their own little thing as they quested about. Even would go as far to say things are overly complicated with these quests and cards for many players to get into it. Options as stated above allow creativity and a unique quest each playthrough which can keep it fresh. 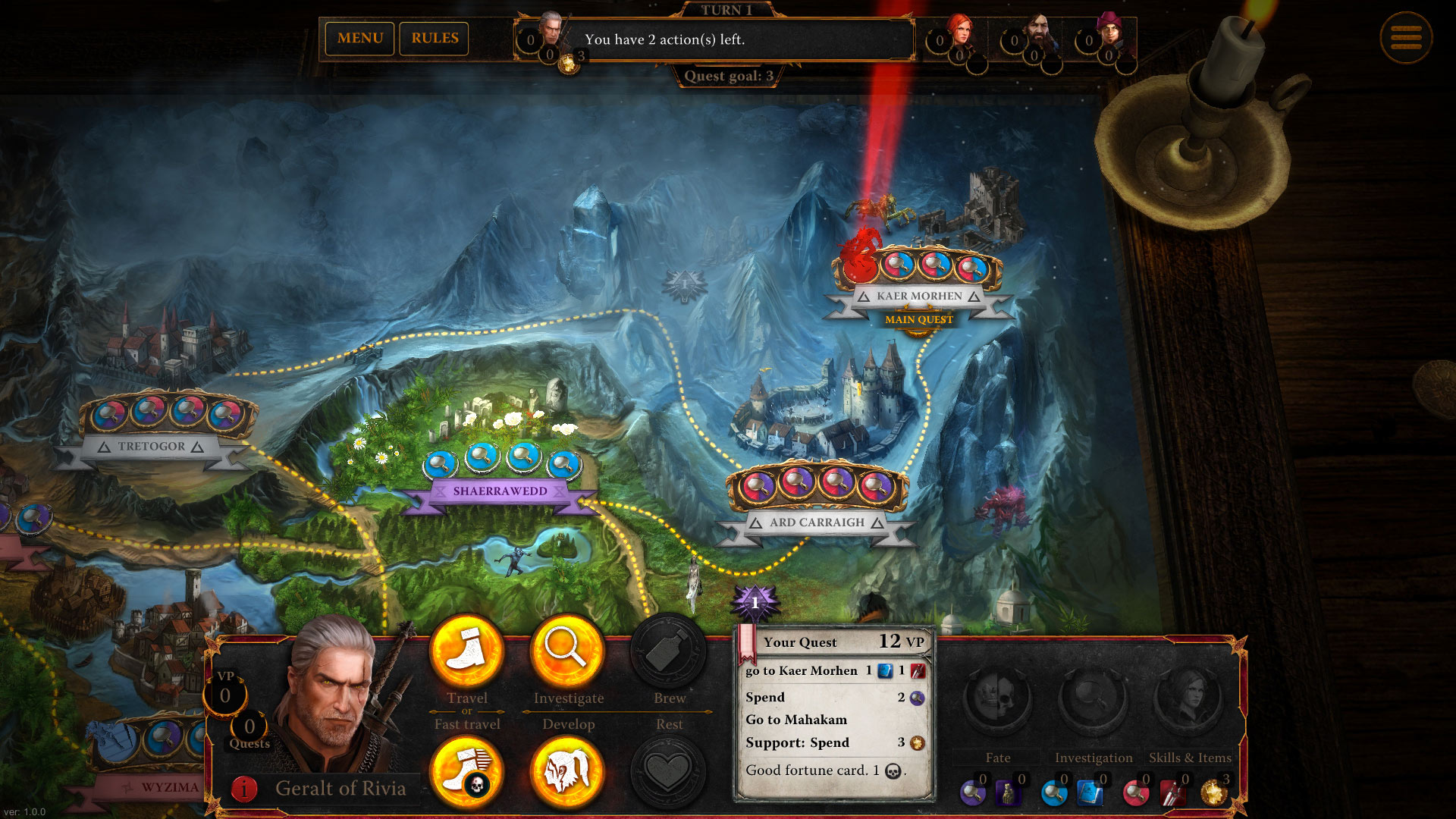 The board game based on The Witcher is a really in-depth game that's quite authentic to the series. It's just also fairly boring at times and doesn't connect the people playing it all as a table top experience is supposed to. I also felt at many times that the game was against me with crushing winds of disease and enemies from which I hadn't a chance to beat in the dice rolls. Purists of the franchise may like this spin off along with hardcore board game enthusiasts, but regular players just won't care for this experience.