Taking place in a cyberpunk universe you're tasked with seeking out contracts and then taking out those targets. You could also just walk around killing people with stealth and hide bodies or whatever. Alas, the main point of the game is to take out contracts and work your way up in this weird future city. Death is handled with a hardcore ideology as you could do at any moment from literally anything. Anything can take you out at any moment from the flying drones that grow in numbers as you kill or even regular gang members roaming around on the streets. There's also a lack of direction initally so some may feel completely lost from the start. Though you do eventually get the hang of things and can actually have some decent killing spree runs in this weird alternate future. I don't feel there was too much in terms of narrative, as it was more about each individual playthrough and what my impact could be for the short life I lived as either protagonist male/female. Like I said you could take people out at random, but the gun charge takes a second and you must be careful when attempting to take anyone out that way. Once you complete contracts there are additional weapons and gadgets to buy as you build your kill streak. You can also find many hiding features which can be accessed for a cost of course, though it could be life saving at some point. This all helps you on your quest, whatever that may be in this crazy world. Sessions are played in one length so I may suggest being particularly careful when reaching good stacks of money as any strike could end it all and set you back to nothing.

With an over the top display style you're tasked with taking out contacts while using your vision of the world as an advantage. Hide in objects found within the environment and upgrade your arsenal to take on more targets. The system is fairly simple to get a hold of once you play around with things a bit, but some more guidance would have been nice. Movement works well within the world and the whole shoot system worked well enough to create some strategy when taking targets out instead of just walking in for a quick shoot. The art style and world looks interesting and matches the feeling the hardcore system is aiming for. There is some dimensions to the many buildings on the map, but it's largely a flatter plane of existence. Which is fine and works well with the atmosphere. 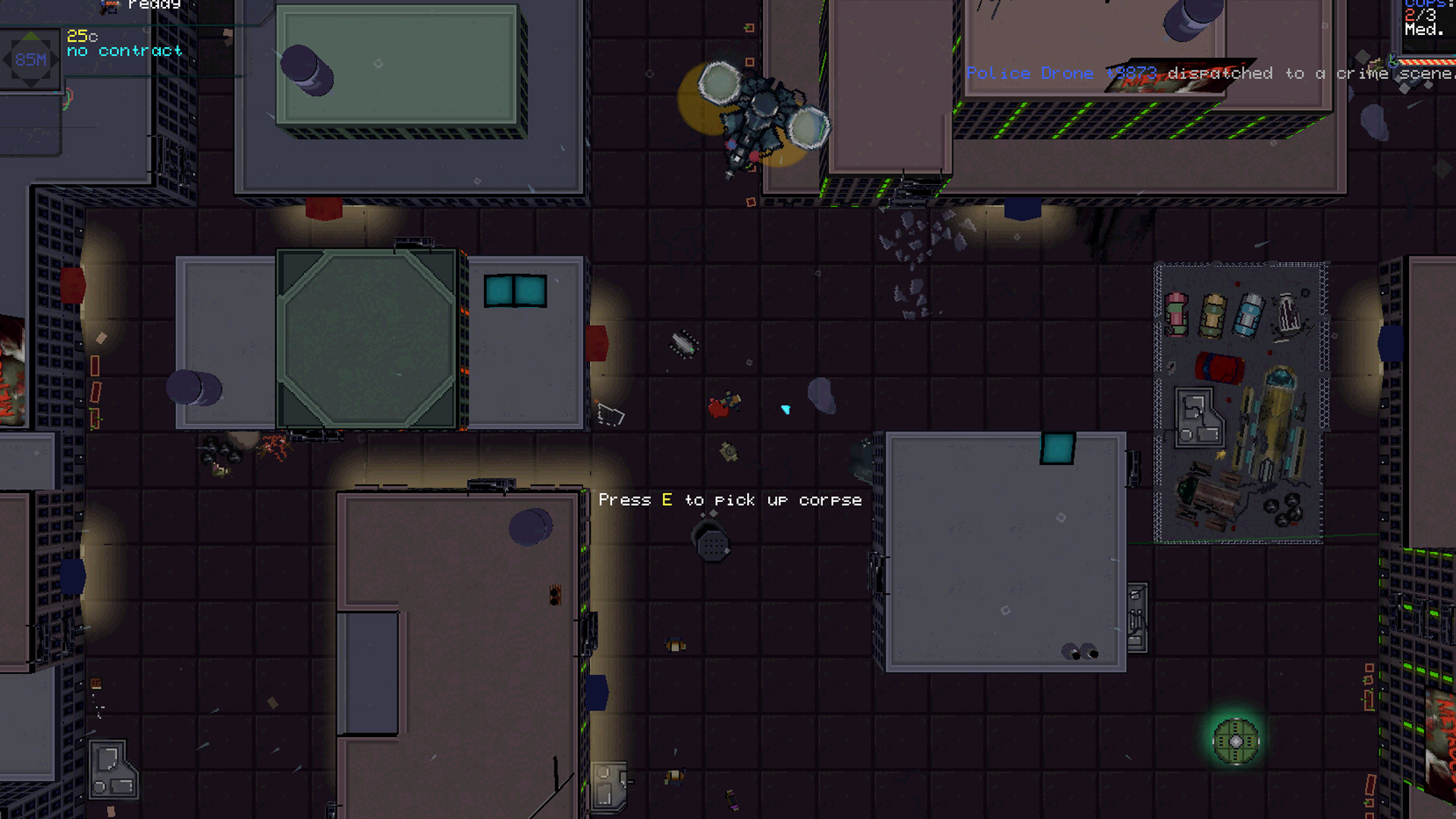 Metrocide aims to take you back to a harsher type of game where insta death is all in abundance and the world is harsh. I did find it rather difficult to know exactly what I was doing at the start, but the controls felt simple after awhile. The difficult really depends on what you're aiming to do, I was just having fun taking people out though the many that want to progress may find it rather harder of a game. Despite my random walk around assassinations it was strangely satisfying to plan a bit of a murder as you stalk targets and wait for the moment to strike upon them. If there's time and not a lot of drones you could hide the body, but usually it's a dash to escape the area. Metrocide is an interesting title aimed for the hardcore that I could see people really enjoying as taking contract hits out is quite fun.