I first saw Starwhal in a video awhile back on Roosterteeth, back then it was just a simple online game which kicked ass. Flash forward however long and now with a successful kickstarter backing and some time on early access we have the full version of this space narhwal adventure. There isn't anything in terms of a campaign, but the game is built around space narwhal combat in up to four player battles in multiple spaces and a variety of modes. Not only do we have straight up deathmatch we also have objective themed play in teams. This can be all done locally or with AI turned on. A really missed opportunity here was not having any online matchmaking as that would have been amazing. There have been talks of post addition and I really hope this happens along with maybe some console ports? It's so crazy striking at the glowing heart of the enemy neon space narwhal and taking them out of the arena. With your selection of narwhal color you can also pick some attachments like bat wings which I've chosen and a lightsaber as the tip! There are many options to make your fighter far more intense out there in the cosmos. Within the game you have multiple planets to choose from and then a number of levels within each of these. Some are more straight forward designs where others are crazy with winds and bumps. You also have a number of modes from the generic battle to a objective play which is great for mixing it up, though I liked the direct battles which were so frantic. If want to take a break from straight up combat there are some trials and challenges you can complete in another side area of the game which were neat.

The lights, the colors and the vibrancy of Starwhal is amazing. I've never been so dazzled by bright lights in a game before and it's got a nice 80's theme to it almost. Things are intense in arenas with slow motion kicking in whenever a heart may be pierced fitted around some fairly difficult controls. It's hilarious seeing all these colors flop around in desperation trying to take each other out and the AI stumbles about as much as a regular player does. The levels are great with such a wide variety of arenas to combat in, keeps the play continuously fresh in these quick matches. 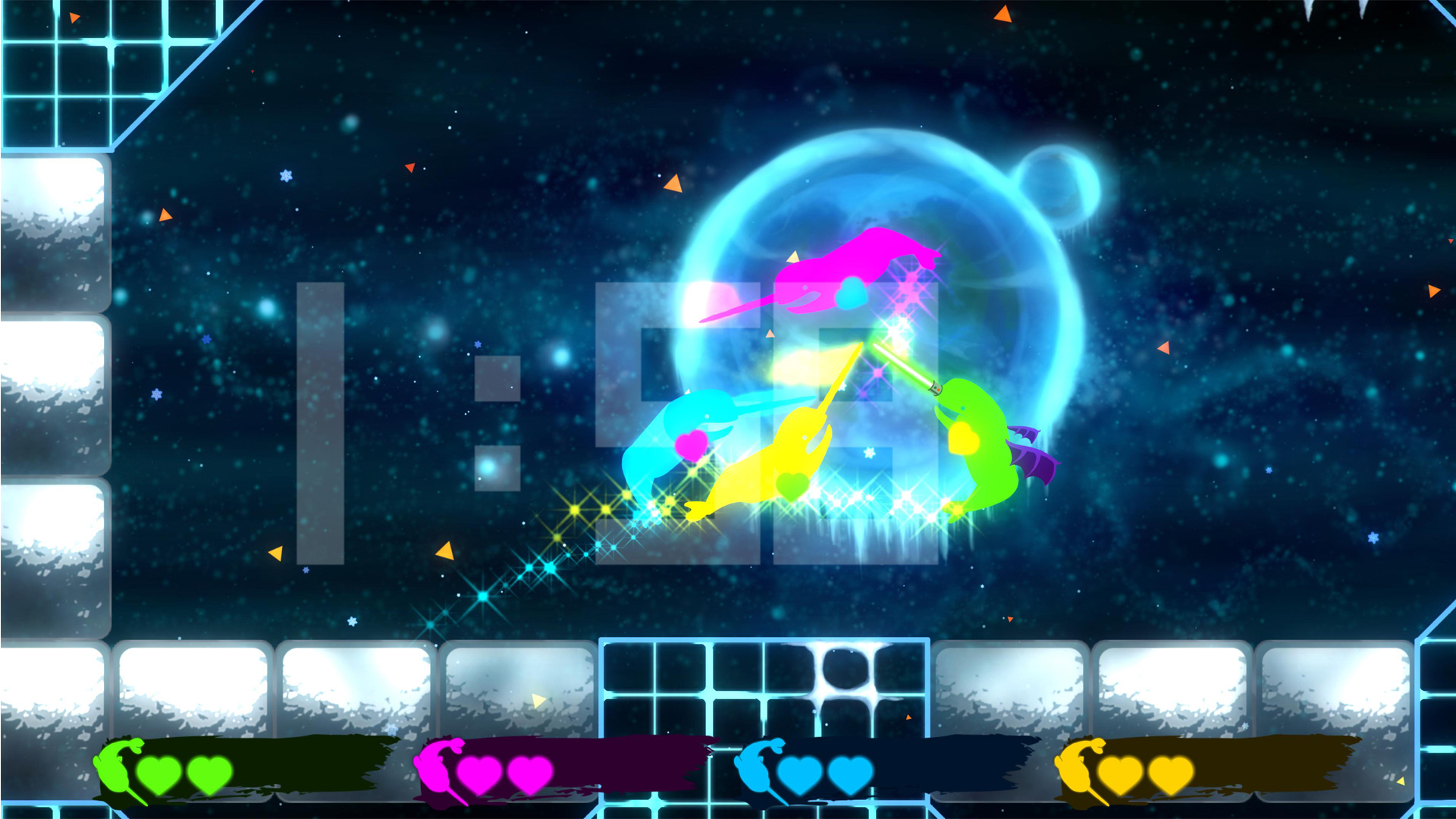 When you look at and play Starwhal you can clearly see this is a project of love mixed with how the hell did this happen. Starwhal hits a special place in the Indie community bringing an experience that completely sets itself aside from the rest of the community. The vibrant colors are great with combat being frantic beyond measure. Sure it would be great for some online play to extend the time, but it's still a blast in local combat. I'm not sure there are many other games like Starwhal out there. The true Narwhal space combat simulator, of all time.