Ok, just so you know before going into this that the 20th edition of Gabriel Knight is actually older than I am. I'll look at this from the perspective of what an old fan of the game would look at this and see while also respecting what the younger audience which this tries to capture a bit has going for it. The graphics of the remake are very impressive looking and scale well while also having a nod back to the original through a journal like pop up. I've gotten use to the Halo remakes with their quick switch so I'm going to say it would have been neat to see something like that appear in this as well though it's good to have any indication of what the original brought. Events of days were switched around to keep to fresh for those returning while not changing itself too much around from what I've read about the story line. When covering these sort of titles it's also important to look back at what everyone though back then and to compare what has been changed. Aside from mixing it up a bit the whole selection system is quite well designed and simple enough to use in situations. At times I was puzzled, though no more than any other point and click I play. The various environments within this New Orleans area were very unique and each popped with their own array of bright colors. There were also many neat historic pieces set around the areas which I personally loved viewing.

I'll move onto another important area of coverage which is the characters and their interactions. This is a huge part of this game from what I felt with each bringing something different into reactions. Fans of the original will be greeted to new voice actors this time around and from what I viewed of the original they did a fairly good job of capturing their targets. Gabriel himself while having some good quirks actually has a damn annoying voice at times for me. I don't know if it's the accent or some strange snide turn on things. The other characters were all fine with how much time you spend on them. Furthermore the assistant which much time is spent with was easy to listen to. The chat options were well done in this with some playing around needed to get the information you needed to progress. Hints are available though if you do have issues with any moments and they somewhat get you headed in the right direction. Back to Gabriel he's writing this book based on Voodoo murders and has great tie-ins with the local police. Things get a bit out of hand with nightmare visions and then only increasing gruesome scenes. I liked this darker story that few games venture to so it was great to progress through it.

It looks really great for a game of its age and if it didn't say 20th edition I honestly wouldn't be able to tell. I would dock it a bit on top of that for it's graphics so that balance of old with new makes perfect sense here. The characters are a bit stiff in movement and weirdly designed, but fit into this world. Character discussion is great and puzzles usually aren't difficult to figure out. The point and click system is well developed for using objects to get tasks done. Not too much to go over in terms of gameplay as it feels like the original though much smoother and overlayed with some nice look back in time pop overs to look at if you choose. 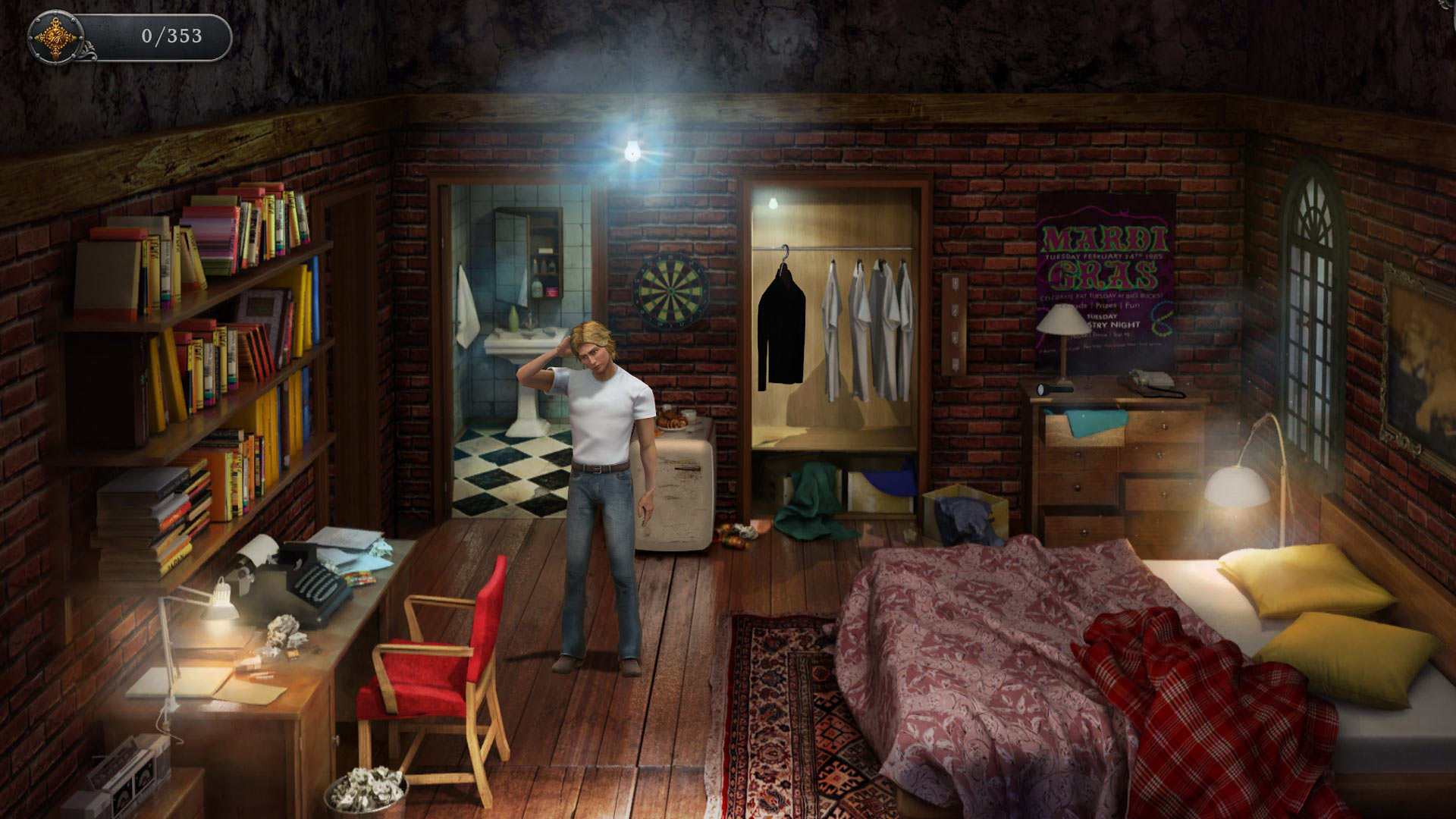 Fans of the series will absolutely love this title whereas new members could greatly enjoy the gameplay if they can understand it's an older game. The puzzle solving is fairly solid and won't draw anyone away while the game packs a great many hours of time into it so there's the value there. Get a great glimpse into Gabriel Knight and his series which was huge back in the day. Hopefully the other titles will fair a similar treatment in the future. It's an interesting dark and adult styled story game. Oh and the narration over top was somewhat strange, but made sense in making it into a story. The characters are fascinating with their environments being even more interesting to wander through. Check out some voodoo in a slightly older New Orleans in a classic game celebrating twenty years.