Dungeon of the Endless Review

Filled with pixelated graphics and a many rooms filled with various space creatures, Dungeon of the Endless is a weird sounding game. It mixes certain RPG elements into a progressive tower and defense as you make your way through these randomly generating levels in your attempt to escape this hostile crash site. It all begins from a simple crash on your awful ship that you select from the start making you survive these ever harshening rooms while building up your team. Friends may very well die on your path and at any moment everything can go to hell very quickly. It's all about balancing your resource collection with the safety of your team members. They can each be equipped with certain items depending on their class type like armour or weapons which varies on the character. While watching this your aim is the exit to the next dungeon level and moving your energy crystal over there. Death can really hit you at any point in these harsh environments from wave attacks to even just entering a new area. You can have everything perfect and going well, then have it fall apart mere seconds later. After you just load up another playthrough as it's quite addicting and structure as you continue to play it. There's also a multiplayer option to make everything far more hectic.

It looks really unique with the graphics style and how movement is handled. Watching everything that's happening is key as any character could get attacked at any moment. At any second things can take a steep decline and you'll have to throw a fresh play in where the addictive continuation comes in. The layout for everything was simple enough that you didn't need to take RPG play too seriously, but could beef up characters with essential assets. Additionally you can place a couple differing machines down to generate certain resources while also adding some turrets to defend them. Merchants and research stations also appear on the occasion to let you quickly grab items or advance technology without having to brave further areas. I rather enjoyed seeing a couple well armed troops and their turrets battle it out against creatures on the higher tiers, but alas we always fall apart at some point. 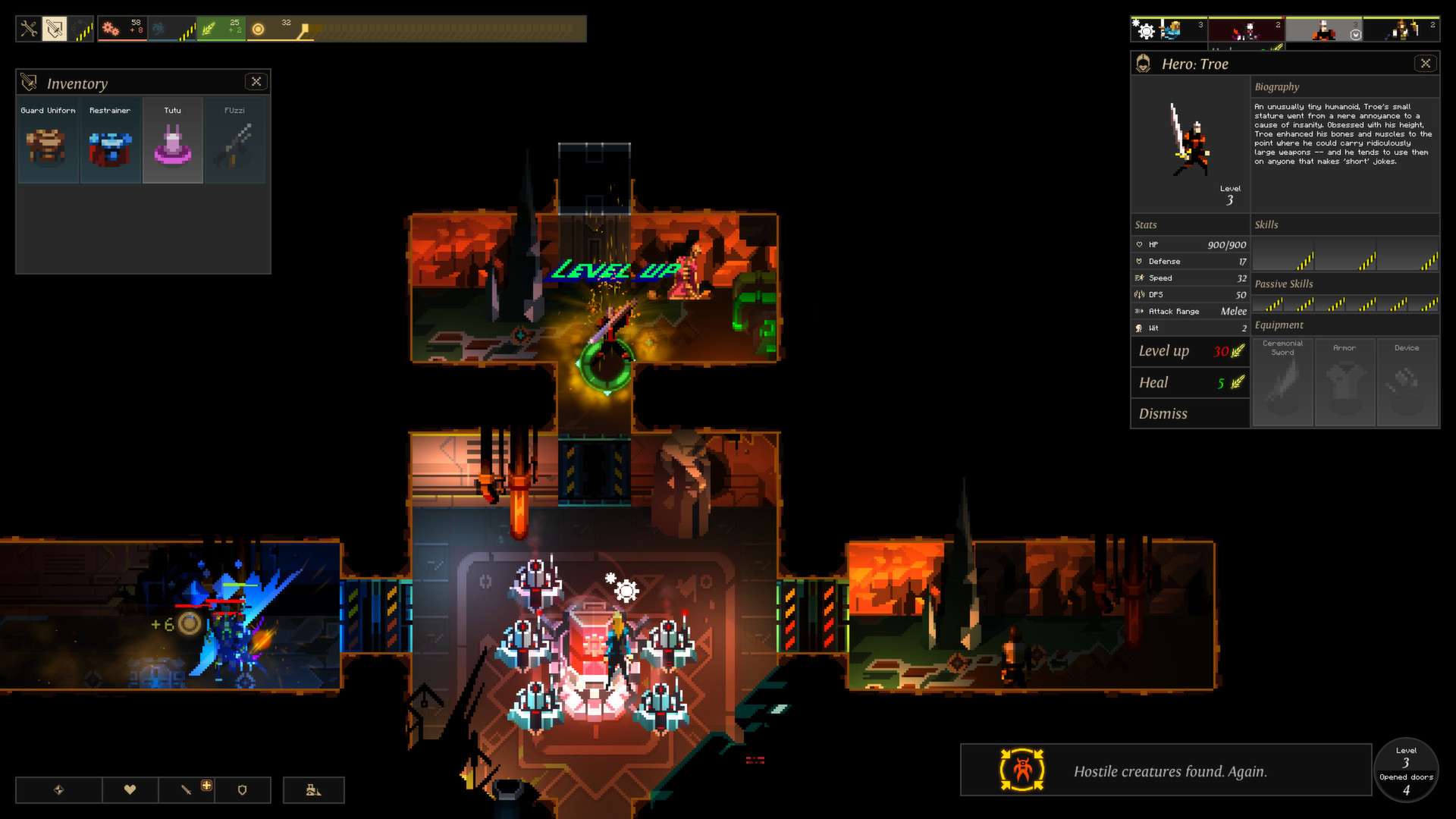 There's endless play available in Dungeon of the Endless with dynamic generation of areas and the addictive thought of quickly trying to create a better strategy every go. Matches may go fast at your initial start, though with practice that length grows until you're grinding out those higher levels of death. I loved the simple RPG elements that were intertwined in this unique dungeon crawler. Mixing space into the platform with some hilarious characters from a pixel world was just too great. It's all about resource management and making sure your team is ready to transition from level to level. Remember that things can go crazy at any moment with even the best defense setup. I'm sure many will enjoy this title on PC and I really look forward to its future console transition in the future.

Dungeon of the Endless for PC
Review code provided by Reverb