"A Dab of Fantasy to your Turn Based Game"

Fantasy and the creation of weird wonderful worlds is something that many individuals just love. Moulding wild creations in a 4X strategy turn based game akin to the likes of Civilization just makes sense. I even remember vivid memories of play the old fantasy type scenarios in Test of Time from back in the day and this is just a great game that's like that. Set in this fantasy land that just looks amazing you can scroll in and out to see differing variations on the land to find your perfect angle. Playing at a medium I enjoy occasionally zooming in to see cities or troops in better detail. The atmosphere and environments on this game are just fantastic to create a truly unique world. Gameplay is of course done in turn based style just like Civilization for the many that have played that game. Each turn you will select moves, tweak things and prepare for the future. Time moves somewhat slow in this one to a degree which may turn some off, but it's got a decent pace I found. There's also a quite in-depth skill tree and city development planning that makes this very unique. It's almost too awesome to plot your own city add-ons or carefully plan technology progression. Furthermore onto the city there are many upgrades to be had and things to change within your region of play. I was annoyed with the way that other cities had a hard time going and mostly were conquered which was saddening. Though you definitely need to plan for expansion as the barbarians and other factions seem to be out for blood. If you do find the right balance for cities you can create some massive locales that scale out a bunch.

Now I'll head over towards the combat aspect which I enjoyed as it had to going off into these mini battles with some control over what plays out. If you're lazy at times like I was you can pick and stance to play while letting the AI duke it out themselves. The combat system was unique though and something you should engage in as it makes the odds a little better. It was somewhat weird having all your army engage in battle though regionally it makes sense as the battle were focused in while still being grand in scale. I was also annoyed at times that when you go under siege walls are placed and it just restricts any movement from the city. This makes sense to a degree, but really halts all expansion progress. Legend also has a discussion area as you may be used to for talking with the other factions. Finally you also have a neat progress focus point which gives you a certain tally of score to use in the various growth areas of your empire.

In my last block of main text here I'll quickly discuss the multiplayer aspect of Endless Legend and the game modes available. First up it was slightly weird that it seems very skirmish focused and it may have been nice to have some scenarios or other things going on. There's a tutorial to learn the basics of play, it's just weird not having multiple modes to play with and very straight forward which is fine for me. Multiplayer is the final aspect of play having you battle it out online which is about the same as the regular quick play modes though it does take much, much longer to play out. This would probably be best with a friend or two as it could provide many hours of enjoyment.

Did I mention before that it looks great? Well here it's again, it looks so nice and the many factions are awesome. So many unique fantasy troops to battle with, it's just cool. Hexagonal is the turn based formation in this game as the plots will have all sorts of things on them. From rolling fields to hills and even ruins that may have special secrets lying within. Be wary of the barbarians at times though as I found them to be too formidable at times. So much selection and choices are available to grow your kingdom and people that loves customization will have a blast in this. 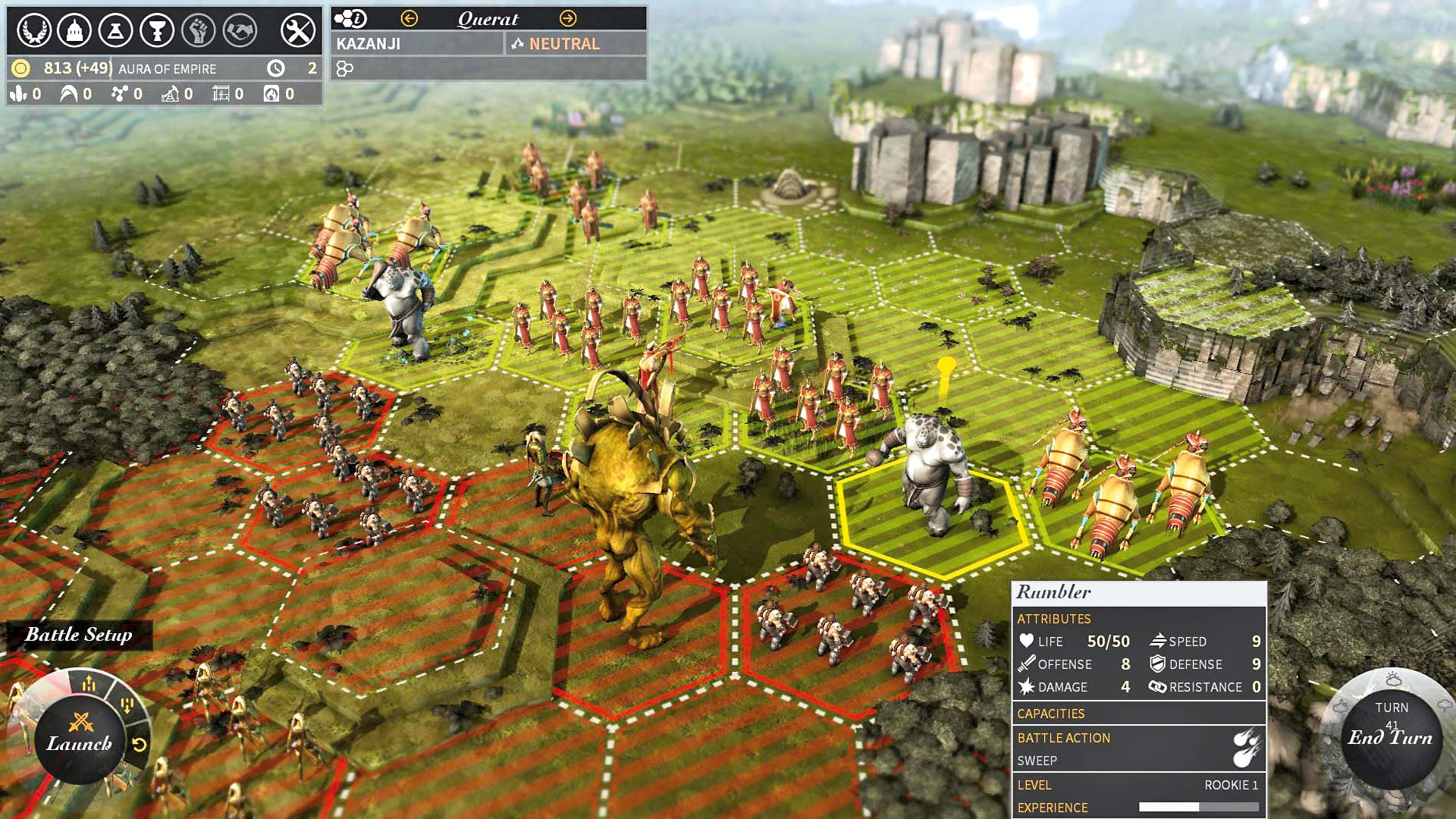 Endless Legend is a fantasy companion to those that need something different from Civilization and the ones that love the genre. It may be slow to play, but there's so many potential hours of gameplay to be had. I really don't have much more to sum up you've read a great chunk at this point and understand the wide spread customizing available within this game. It's definitely worth checking out, especially if you love turn based games with some fantasy to them.