"It's Sort of an Extra Game"

In an interesting game of slow movement across the board you must eventually make your way over to destroy the two crystals on the opposing teams base. I really found this game somewhat to be something that is running on the side of doing a project. It seems to take along time for the opposition to get back to you or returns your recent move, of course in the spare time you are welcome to run games against multiple opponents or work on some other project you have. It really is quite a wonderful thing to have on the side while you are doing other tasks. So onto the gameplay, as stated your objective is to destroy the crystals on the other side. This is achieved by placing characters down on your board and moving them across it to attack. There are a variety of teams and characters to choose between. Teams just give character difference, where characters each have different powers of abilities. Such as range archers, magicians, close in swordsmen or medics. These characters appear in your case tab area along with a selection of enhancements you may give to your onboard characters. Movement and additions are judged based on this mini wheel or turns which at the end it switches over to the other player. Then you switch back and forth moving ever closer to destroying the crystals or enemy opponents, whatever is easier for you to accomplish in order to win. 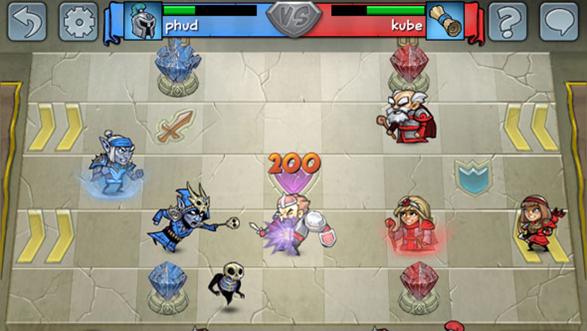 Everything runs smooth, although I will say the game has an incredibly laid back feel to it. It plays slow, but allows you to run multiple games and do other things. Characters look neat and have a fun charismatic style to them. The boards are interesting and provide enough difference to keep you interested. 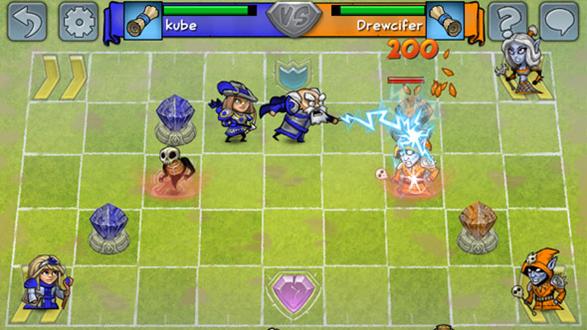 Hero Academy is an interesting game that you run while doing other things. Unless you have an incredibly active opponent the game seem to take hours. Which was great for me while I sat building videos and playing other games it filled the loading gaps. It’s neat, but not something your intensively watch. 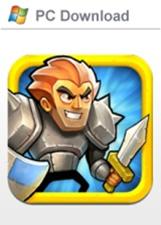